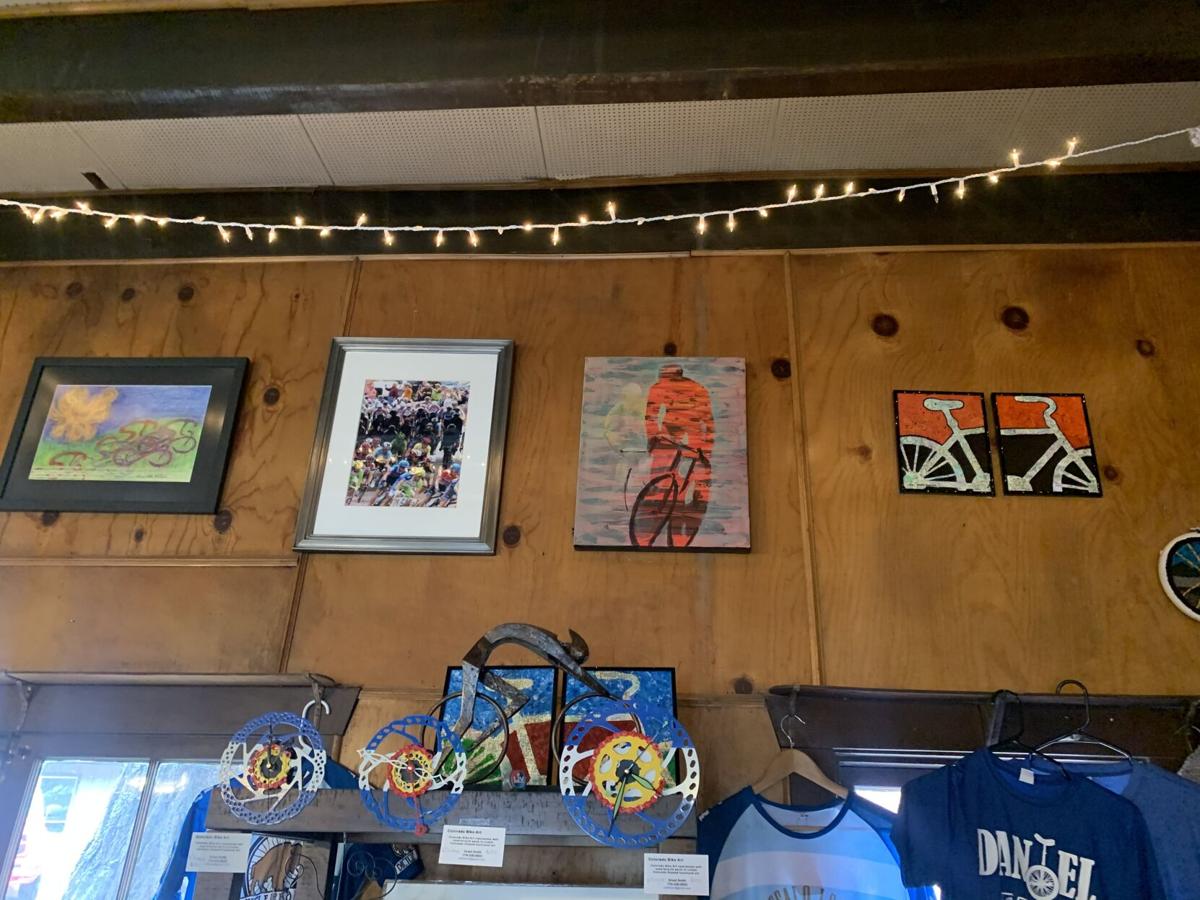 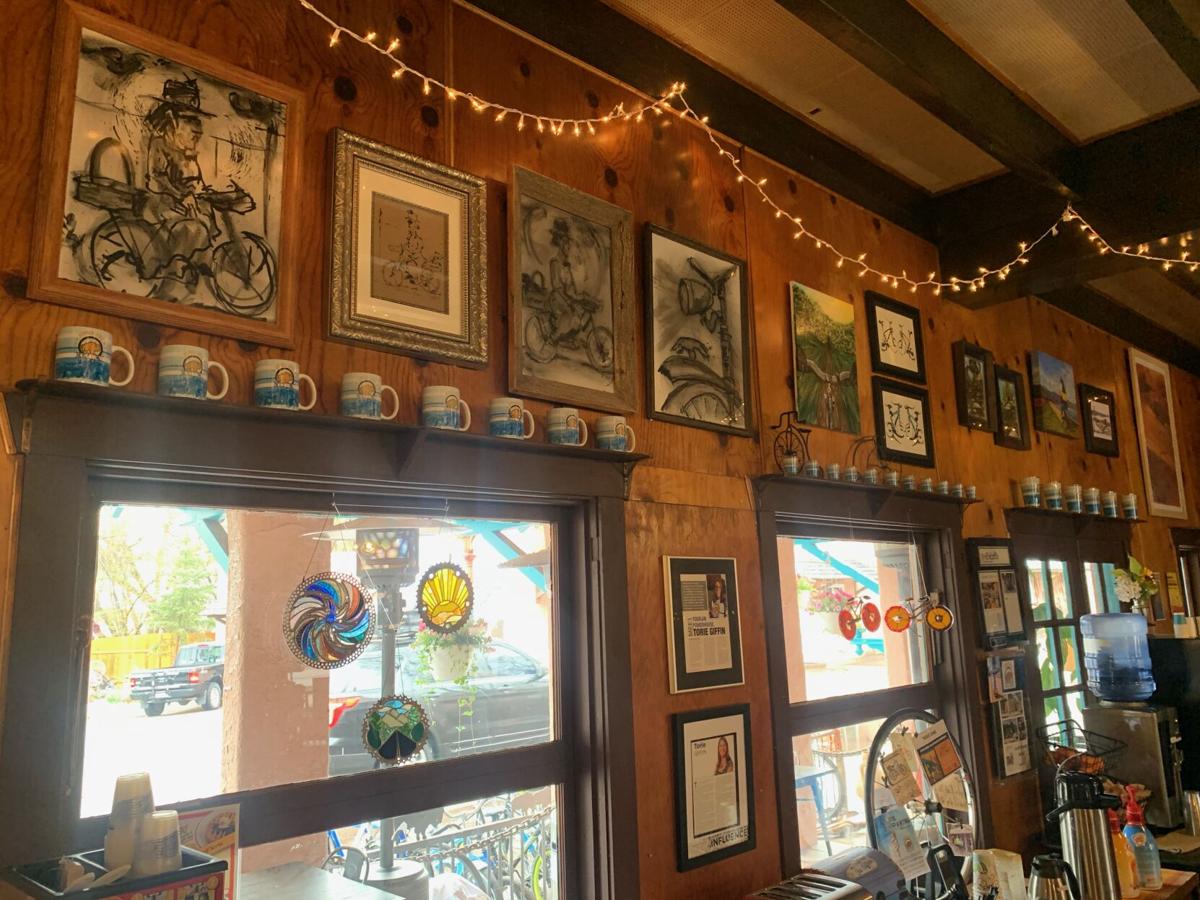 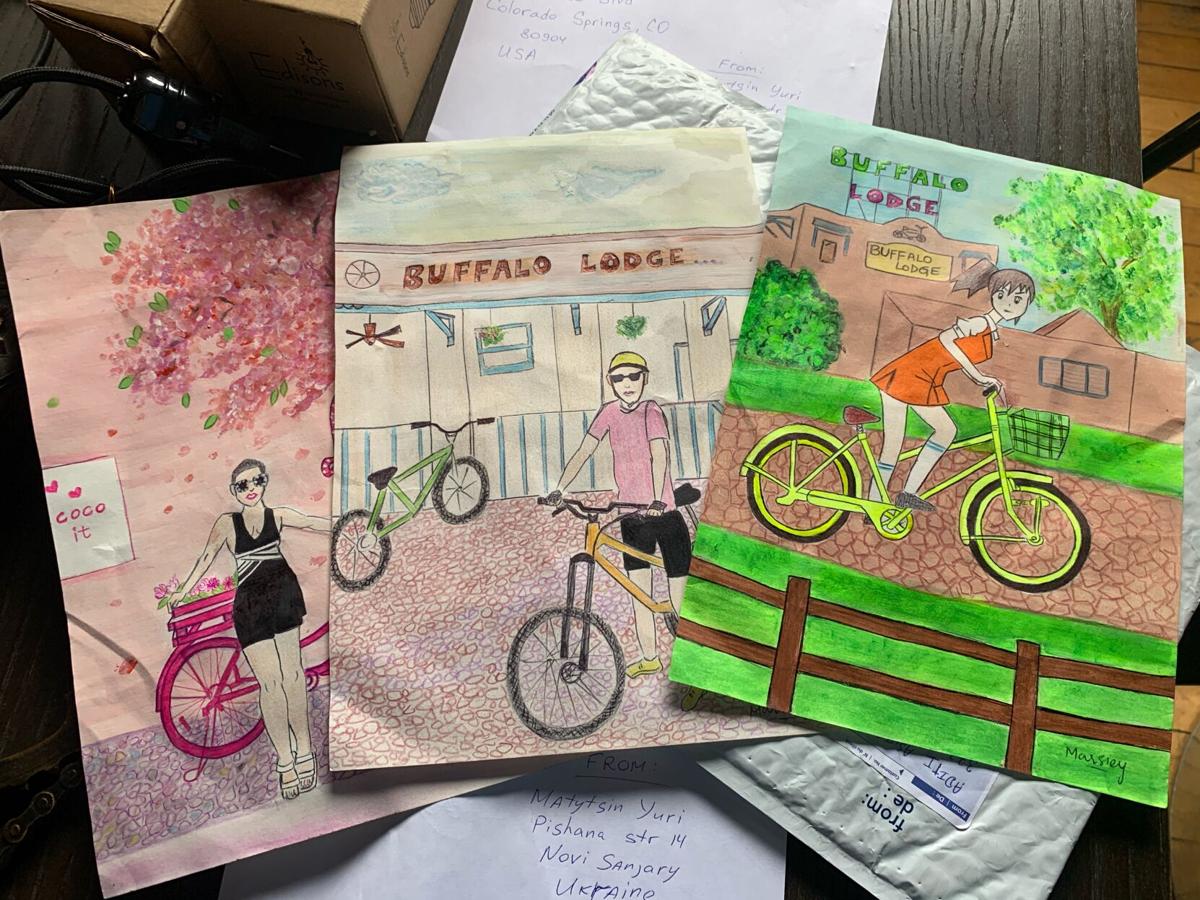 Bicycle-themed artwork will be on display starting Friday at the Buffalo Lodge Bicycle Resort. 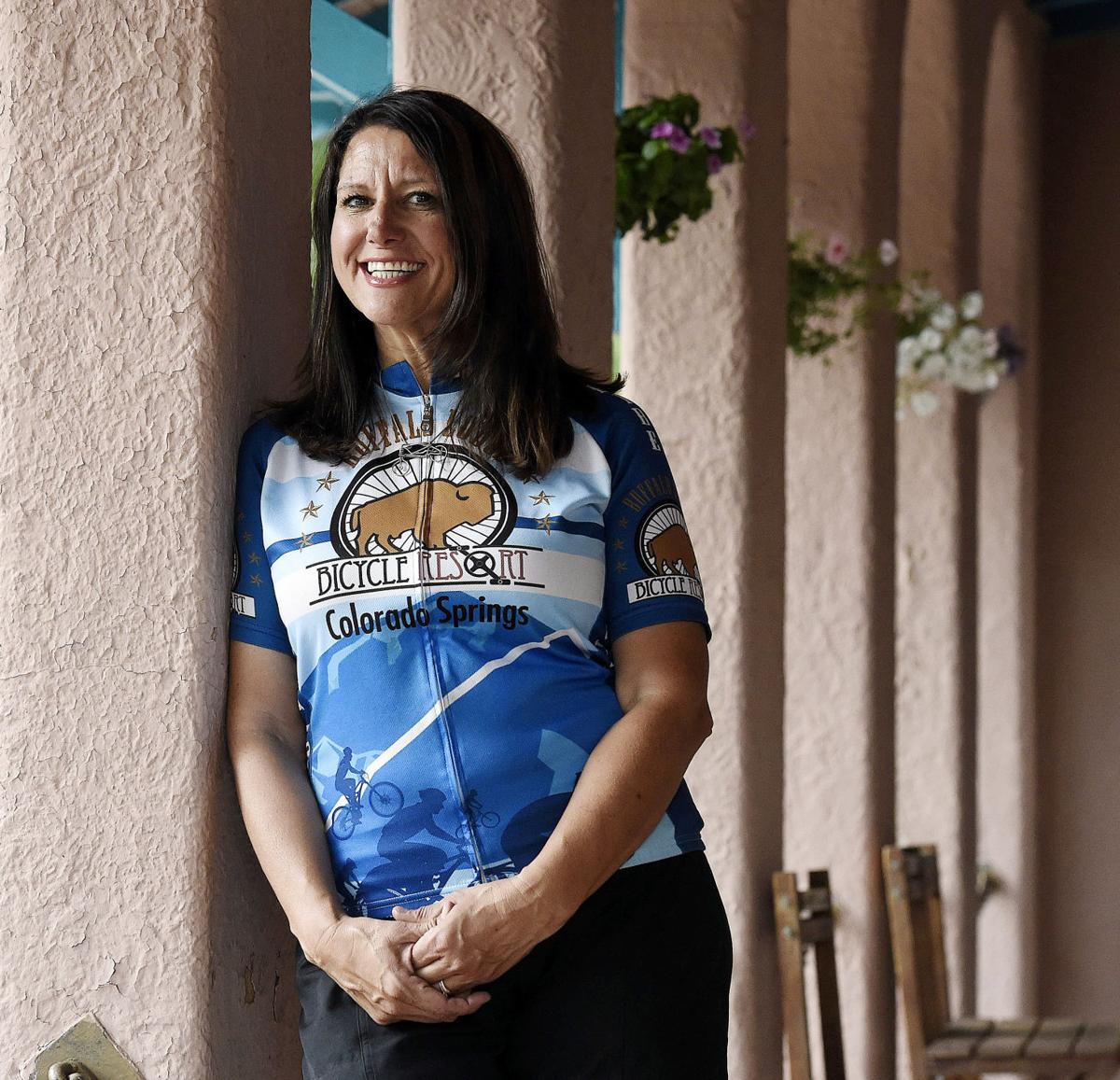 Torie Giffin, a longtime bike advocate in Colorado Springs, took ownership of the Buffalo Lodge in 2016.

Bicycle-themed artwork will be on display starting Friday at the Buffalo Lodge Bicycle Resort.

Torie Giffin, a longtime bike advocate in Colorado Springs, took ownership of the Buffalo Lodge in 2016.

As Torie Giffin prepared to open her bicycle hotel five years ago, at least one thing was missing: bicycle art.

“As I was trying to scrape the money together to buy the hotel, there were so many expenses,” Giffin said, speaking about renovating a century-old property. “So how am I also going to make the hotel a bicycle resort? And spend money on bicycle art?”

Around that time, Amy Seltzer was looking for a permanent venue for her annual Roll Bike Art Festival. Seltzer launched the event to showcase her bicycle artwork as well as bike-themed pieces from friends. The first one was held at Smokebrush Foundation for the Arts in 2005. Each year, the venue would change.

“I was thinking it would be nice for Roll to have a permanent home,” Seltzer said.

That’s when the two paths aligned.

Seltzer offered to host the festival at the hotel. And Giffin offered to help promote it and give the artwork more of a home base.

They’ve been tied together ever since.

And the festival returns Friday with the unveiling of dozens of bicycle-inspired art pieces, live music and a food truck.

It goes beyond a one-day event, though.

The artwork usually stays hung up in the lobby of the Buffalo Lodge until it sells, which could mean a full year. And that means the artwork provides changing decorations for the motor lodge motel near Garden of the Gods.

“Each year is really different in terms of the art we get,” Seltzer says. “So it’s like Torie gets a brand-new lobby each year.”

Plus, Giffin tends to buy artwork each year that serves as inspiration for redoing one of the hotel’s rooms.

Seltzer got into bicycle art after moving to Colorado Springs about 22 years ago, when she started doing portraits of Olympic athletes.

She was specifically struck by creating portraits of a local triathlete, which became the inspiration for the inaugural Roll festival.

And it rolls on. Seltzer says the festival has attracted more artists, including from beyond Colorado Springs, each year.

“Colorado Springs is the perfect place to have this,” she said. “People here are into physical fitness and also into the arts. This appeals to both sides of it.”

And Buffalo Lodge Bicycle Resort is the perfect venue. Giffin says visitors are often surprised to see so much artwork inside the hotel.

“There’s something warm and wonderful to look at in every direction,” she said. “You always see something new when you walk in the lodge.”

E-bike 101: What to know as electric cycling moves to Colorado Springs trails

If it wasn’t already, the e-bike debate is officially on in Colorado Springs.

Ron Popeil was the sizzle of American ingenuity, personified