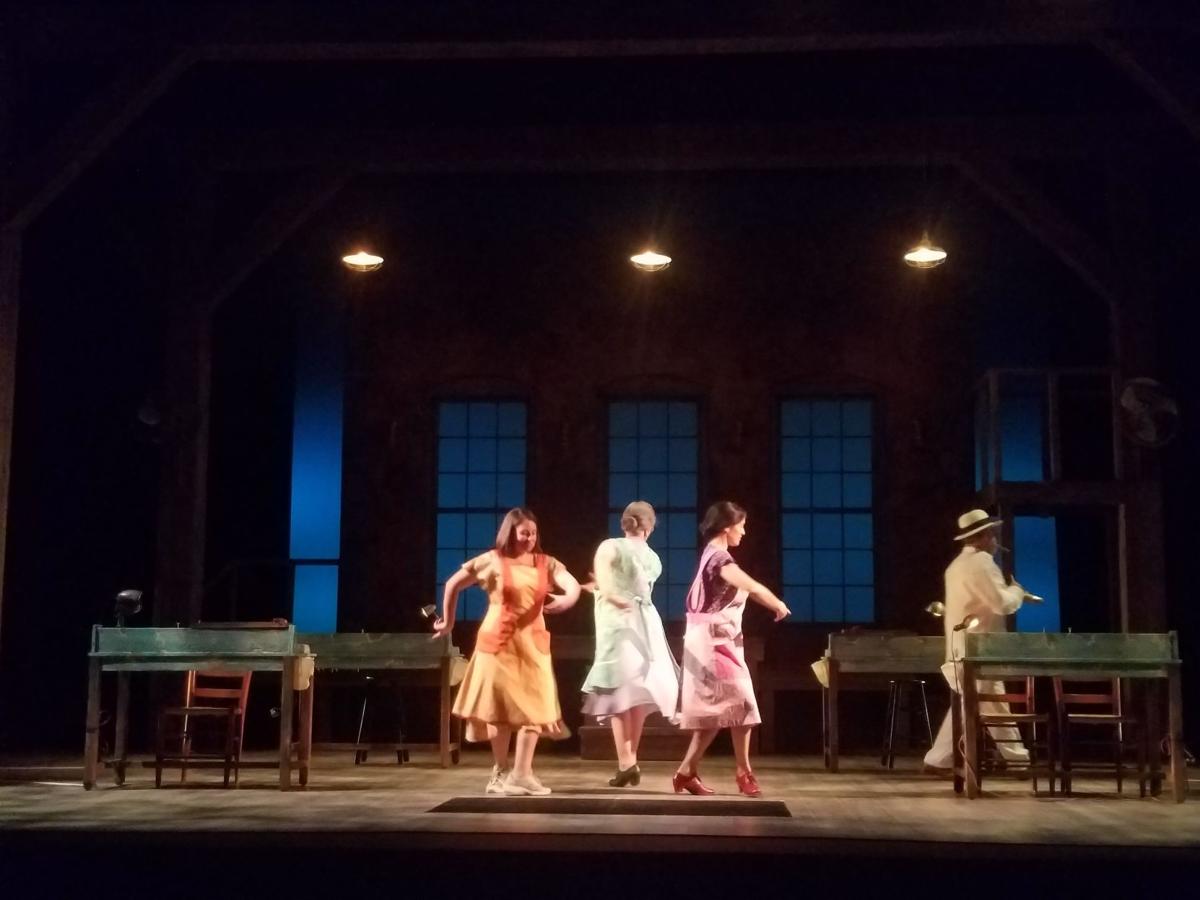 The regional premiere of Pulitzer Prize-winning drama “Anna in the Tropics” by Nilo Cruz came to the Colorado Springs Fine Arts Center at Colorado College in 2019. 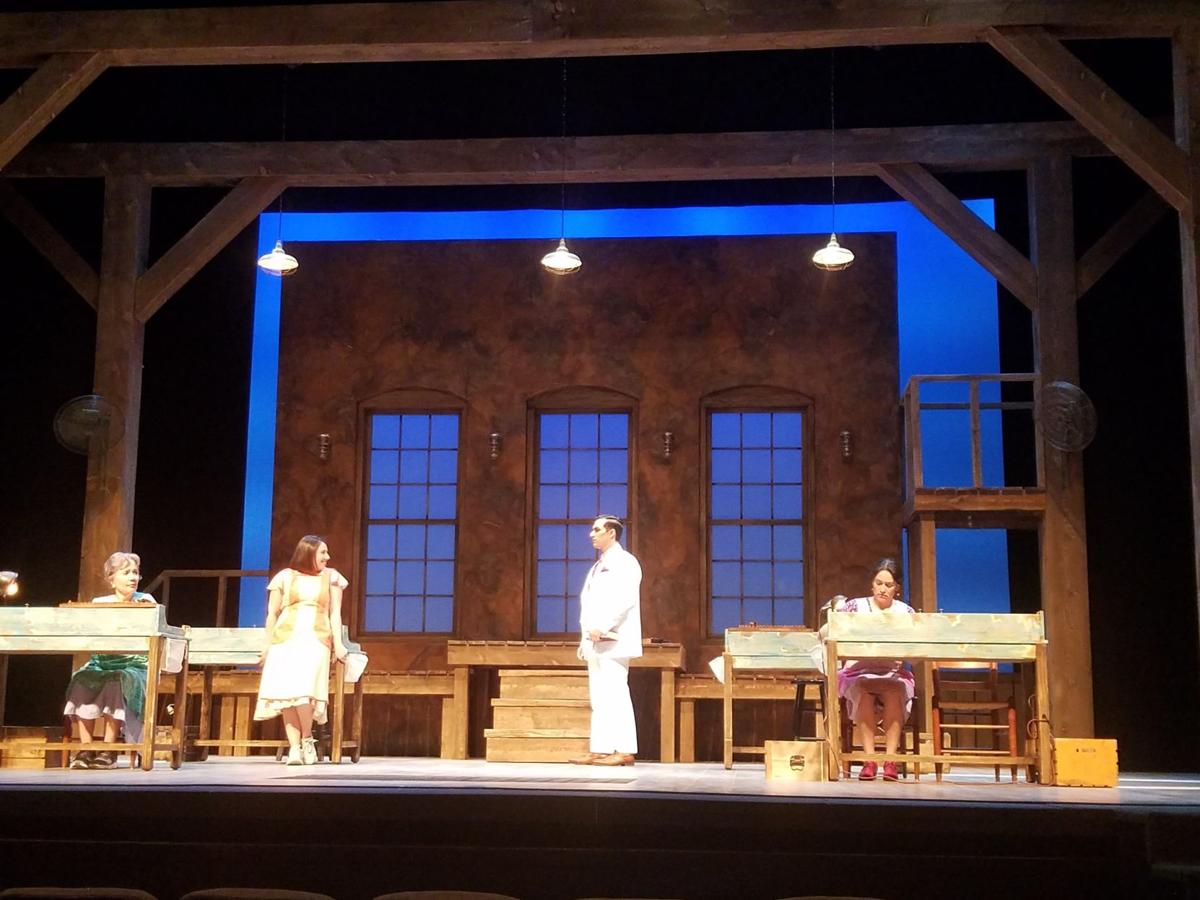 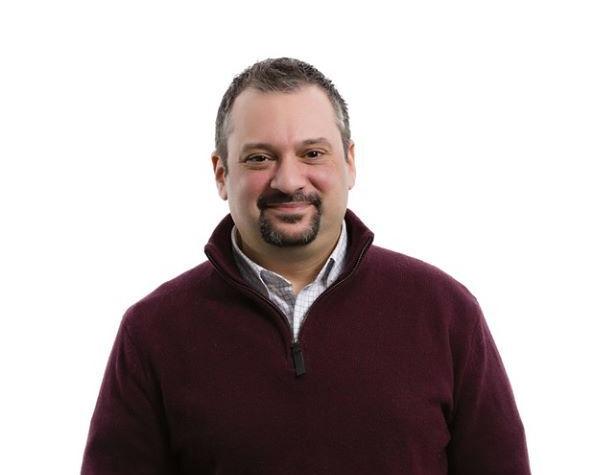 The regional premiere of Pulitzer Prize-winning drama “Anna in the Tropics” by Nilo Cruz came to the Colorado Springs Fine Arts Center at Colorado College in 2019.

Levy has been named to the newly created position of deputy director for the Green Box Arts Project, a growing nonprofit arts council that holds an annual multidisciplinary arts festival each summer in Green Mountain Falls, a town of just 563 located 15 miles northwest of Colorado Springs.

“My tenure at the Fine Arts Center has inspired in me a profound love of the arts community in Colorado,” said Levy, whose new duties begin March 1. He said Green Box “encompasses the best of visual and performing arts, arts education and a deep commitment to community — all central to my core beliefs.”

Green Box, which was founded in 2009, offers arts camps for children in partnership with the Manitou School District and is expanding its activities to include a year-round artist residency program. This summer, Green Box will host the American Ballet Theatre for three weeks and unveil a coveted James Turrell Skyspace. That’s a permanent, immersive art installation on Red Devil Mountain described as a proportioned chamber with an aperture in the ceiling open to the sky.

“There are fewer than 100 Skyspaces in the world, and this will be the only one in Colorado, which will go a long way toward making Green Mountain Falls a year-round destination,” Levy said.

Since its inception, Green Box has been operated by The Kirkpatrick Family Fund out of Oklahoma City, making Levy its first Colorado-based director.

But his departure will leave a void on the Colorado theater landscape. The Fine Arts Center Theatre Company presents year-round musicals, comedies and dramas with an annual budget of about $2.5 million. Levy has been its producing artistic director for the past 10 seasons, culminating with a blitz of the Colorado Theatre Guild’s 2020 Henry Awards, which celebrate outstanding achievements in Colorado theater. Over the past four years, the Fine Arts Center has garnered a record 82 Henry Award nominations and 22 wins, including 10 in 2020.

Colorado Theatre Guild President Betty Hart, who has worked at the Fine Arts Center both as an actor and director, was stunned and saddened by the news. “Scott is a visionary director who has brought national playwrights, actors from around the country and an increasing spotlight on the incredible talent pool in Colorado Springs and Denver,” she said.

The Fine Arts Center is a 101-year old, multidisciplinary arts center and museum whose divisions include both the FAC Theatre Company and arts education programs. In 2016, Colorado College dedicated more than $20 million for the ongoing support and long-term sustainability of the Fine Arts Center under a historic partnership intended to expand learning opportunities and cultural resources for the greater Colorado Springs community.

An expected four-year transition period that was scheduled to be completed by July 2020 was interrupted by the COVID-19 shutdown, which has hit the FAC Theatre Company hard. Scuttled productions included “The Miraculous Journey of Edward Tulane,” “Silent Sky,” “Men on Boats,” “In the Heights” and “Lonely Planet.” Instead, the company produced “Of Spacious Skies,” a True West Award-winning series of 12 original audio plays exploring Colorado Springs’ past.

Levy said FAC Associate Director Nathan Halvorson and Production Manager Christopher Sheley will serve as co-interim artistic directors until a replacement is named. But his departure comes at a time of great change both for the Fine Arts Center and Colorado College.

“I can say that the vision I had for the Fine Arts Center Theatre Company had run its course, and it is time for new blood to execute a new vision as led by Mr. Goodwin.”

Levy, from Hartford, Conn., holds a BFA in acting and a master’s degree in educational theater from New York University. He moved to Colorado Springs in 2010 after 15 years as the producing artistic director of the Penobscot Theatre in Bangor, Maine. He is married to director Joye Cook-Levy, who oversees Green Box’s arts camps. They have children ages 15 and 12.

“Scott’s reputation and extensive experience in the arts in the Pikes Peak region will be of great value to Green Box as our organization continues to improve and expand our annual festival, arts education programming and artist-in-residence program,” said Green Box co-founder Christian Keesee.

Native American artist Anna Tsouhlarakis is behind the new exhibit, "To Burn or to Bind" at the Fine Arts Center in Colorado College.