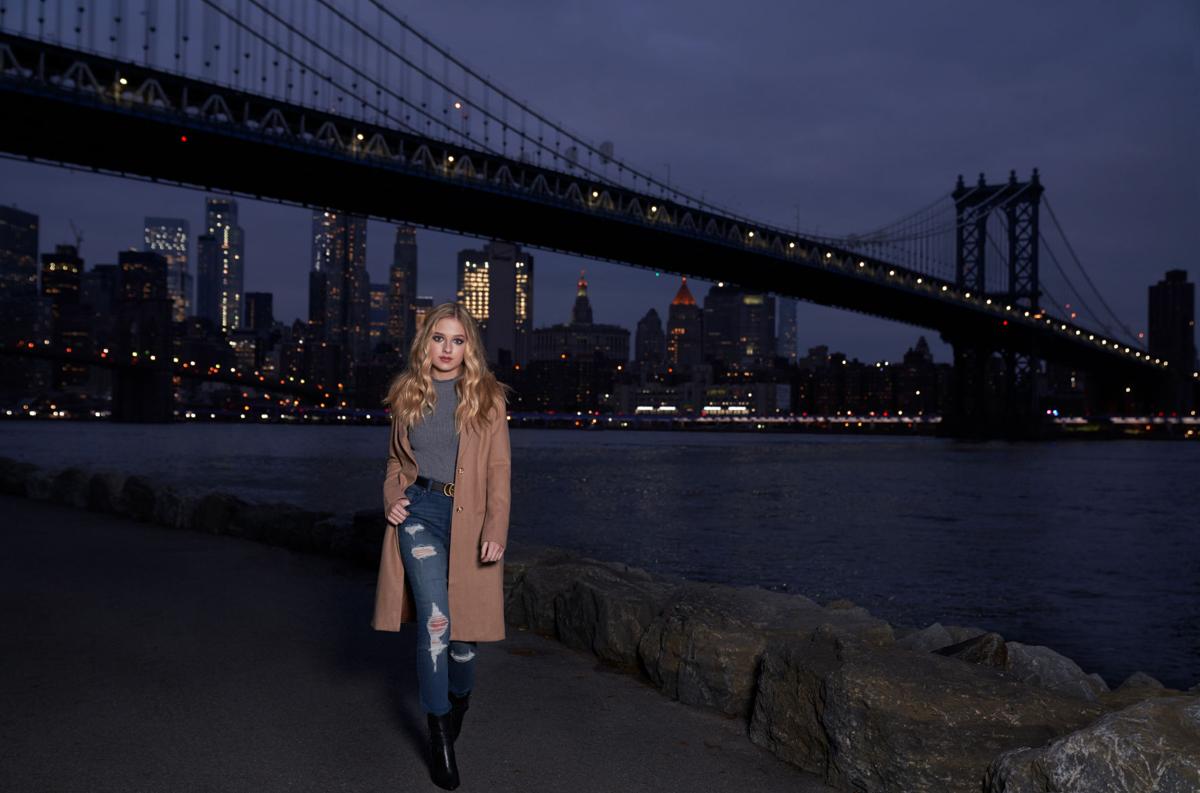 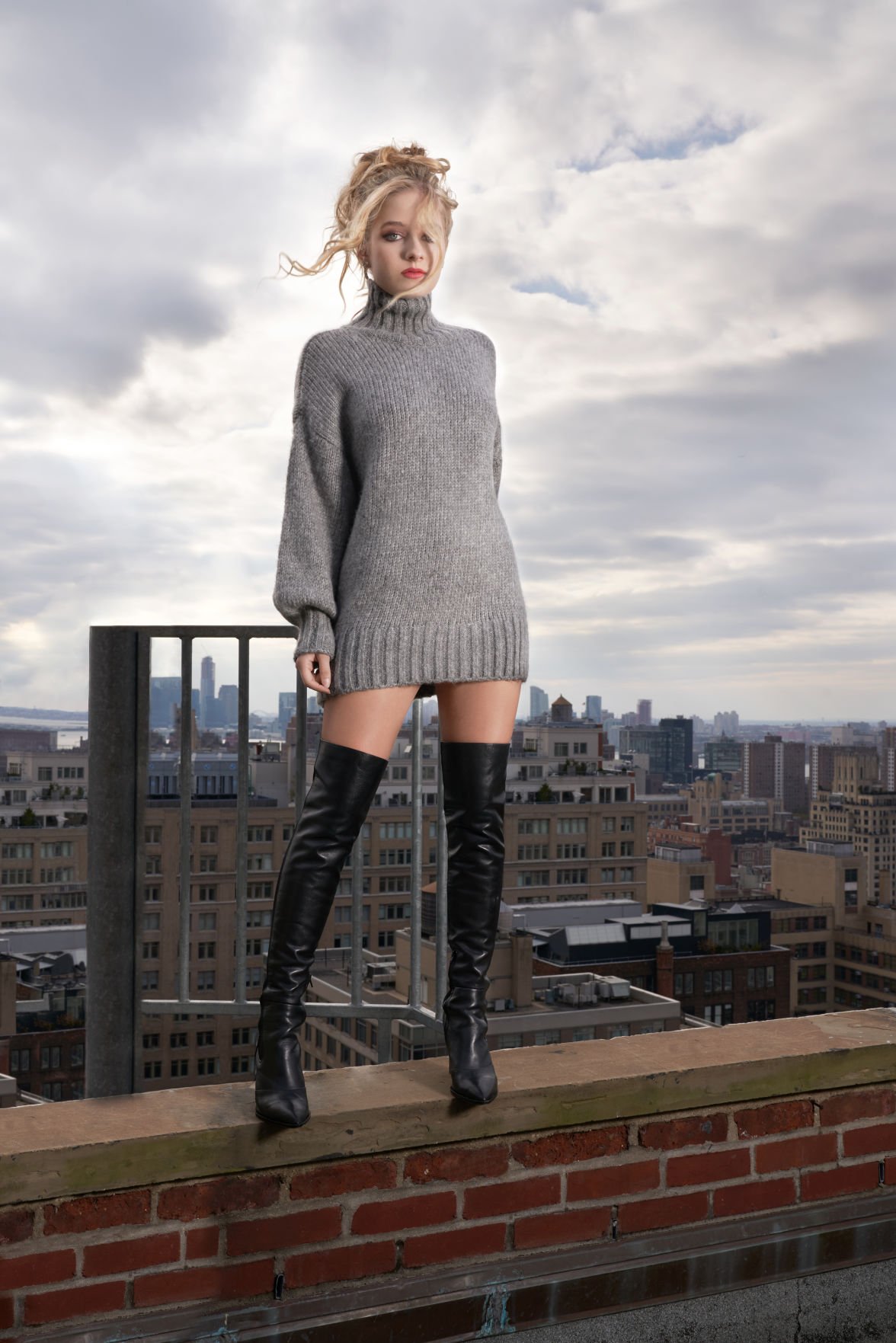 The judges on “America’s Got Talent” couldn’t believe what they had seen.

The shocked reactions to 10-year-old Jackie Evancho’s audition started with host Nick Cannon. “I’m waiting for the lady to come out that was really singing that,” he said after Evancho performed a Puccini opera piece. “That was your voice?”

A goosebumps-covered Piers Morgan called her an angel. “You’re a star,” said Howie Mandel. Sharon Osbourne summed it all up, repeatedly saying, “Is this real? I can’t believe it.”

The small blond girl in a pink dress made quite the first impression. She went on to place second on the reality TV show.

A decade later, a lot of people still picture the opera/pop singer as that little girl on stage.

“I think that it was permanently put in people’s brains that there was a 10-year-old girl with a big voice,” Evancho said in a phone interview.

“So when I grew up, they didn’t recognize me. For some reason, time moves really fast and really slow at the same time, so they don’t expect to see a full adult when they think of me.”

Evancho comes to the Pikes Peak Center on Saturday and, if you go, don’t expect to see a 10-year-old.

She’s 20 now, and as grown-ups do, she’s showing the world who she has grown up to be.

“Phantom of the Opera” started it all. After seeing the movie at the age of 8, she started singing the soundtrack and other music like it around her family’s Pittsburgh home. She sounded pretty good.

Her mom got the ball rolling for Evancho to enter talent competitions and submit videos on YouTube. Some of those early videos have millions of views.

'The Bachelor' put her on the map, but country singer Tenille Arts knows plenty about love

Following “America’s Got Talent,” the not-yet-teenager immediately started touring and recording music. There were interviews with Oprah Winfrey and on “The Today Show.” On her second album, “Dream With Me,” she sang duets with Barbra Streisand and Susan Boyle.

It was all exciting, says Evancho. But it wasn’t all up to her.

“I was told what to do a lot, which sucked,” she said. “But for me, as long as I was singing, I was happy. I guess that’s the bliss of being a kid. Simple things make you happy.”

She didn’t get to chart her own artistic or career course. Her mom would often act as Evancho’s voice, she says, “because she was the adult, so she was a lot more respected than I was.”

“Now that I’m older, I really don’t want to be controlled with my artistic decisions,” she said.

Even though she has put out seven other albums, Evancho called her latest “The Debut.”

That’s because it’s the first album she made as an adult.

She poured through a long list of Broadway songs — looking for lyrics she resonated with and melodies she liked — before selecting 10 to cover. All of the songs on “The Debut” are from the 21st century. Covers come from “Hamilton,” “The Greatest Showman” and “Anastasia.”

Her favorite on the record is “She Used to be Mine,” which Sara Bareilles performed in “Waitress.” The song is both show-specific (“she is all of this mixed up and baked in a beautiful pie”) and also universal (“She’s imperfect, but she tries/She is good, but she lies/She is hard on herself”).

“There can be so many different meanings to that song,” Evancho said. “For me, it was kind of like letting go of my past self and stepping forward, with a determined look on my face, into my adult world.”

Fans are going to have to let go, too, of the image of little Jackie.

On Evancho’s Instagram, there’s a recent video of her covering Taylor Swift’s “Lover.” There are photos of her wearing makeup inspired by the HBO show, “Euphoria,” and wearing jean shorts and a Calvin Klein sports bra.

Some comments are kind. Others aren’t.

”People will say I wear too much makeup or I’m being sexualized, because I post a picture where I’m not smiling,” Evancho said.

”If my dress is too scandalous for you, you don’t have to watch me,” she said.

“The way I see my job and my career is that it’s my life so I just decided one day, I’m going to be myself,” she said. “I don’t care who hates me or if people judge me for it, I’m just going to go out there and do my thing.”

Griffey, Biggio, Glavine elected to HOF board of directors