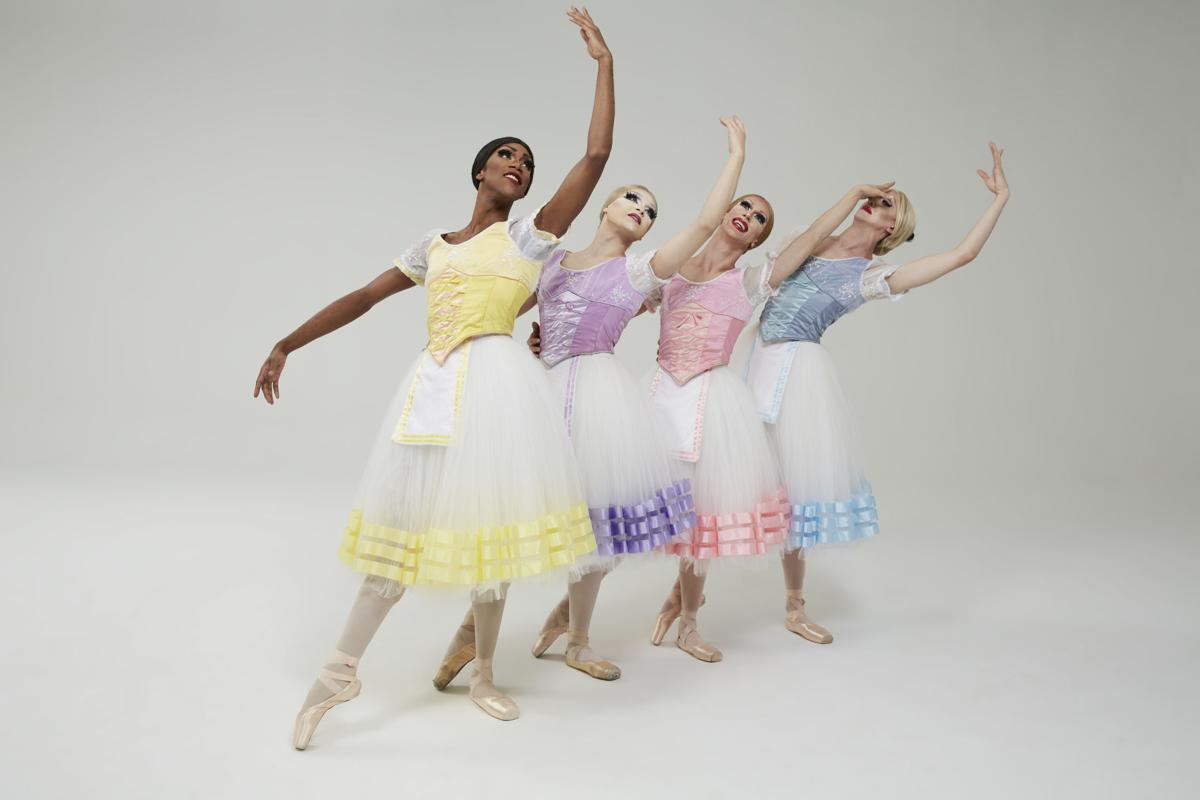 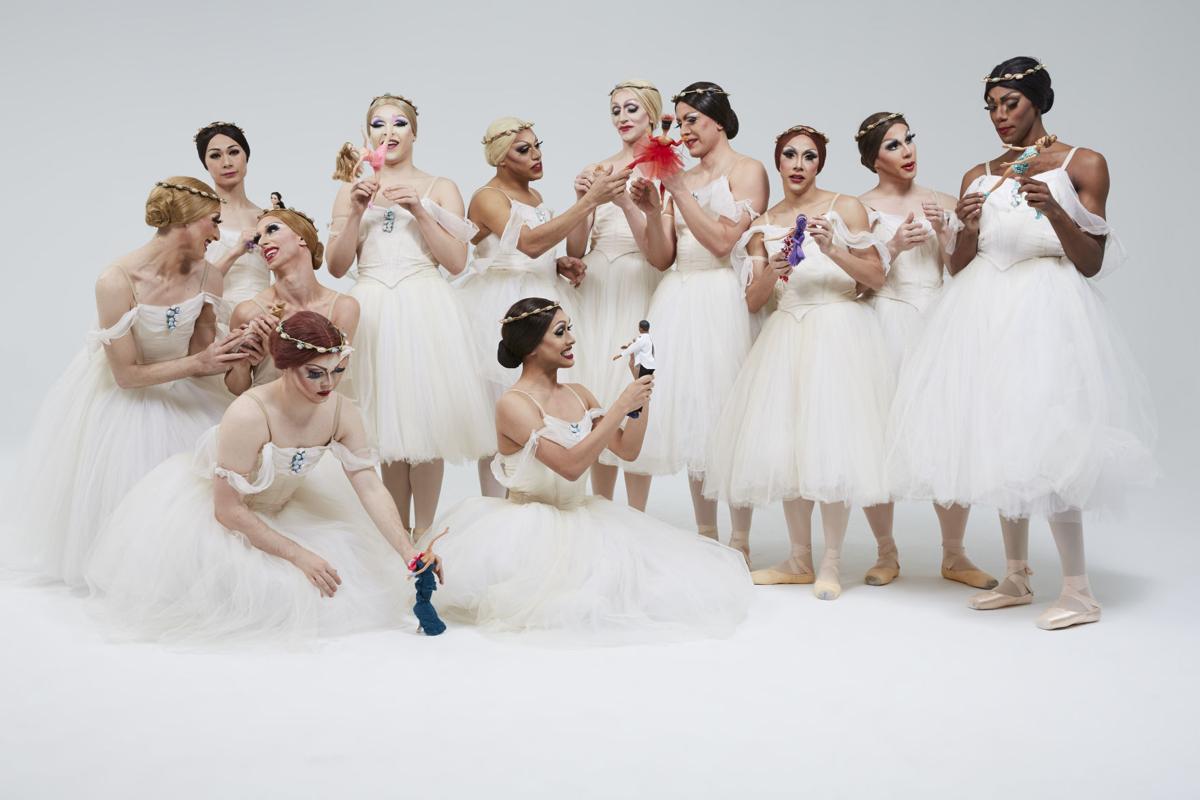 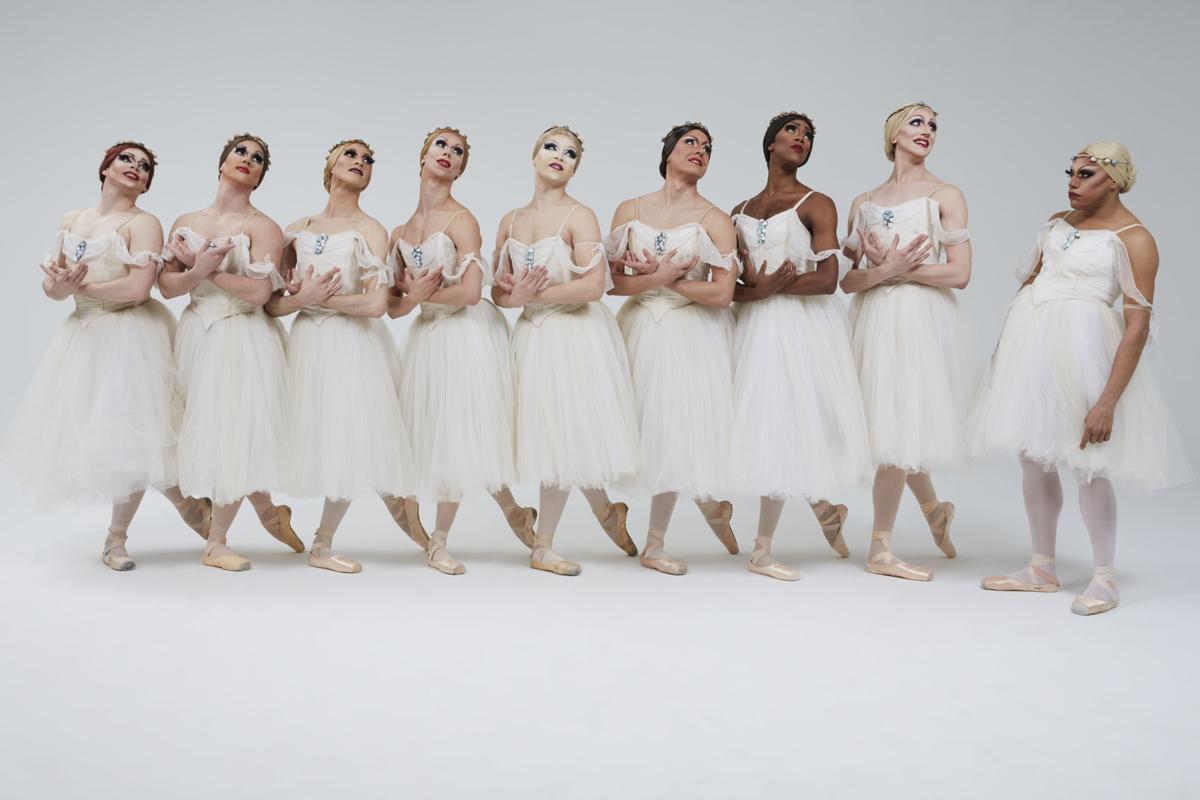 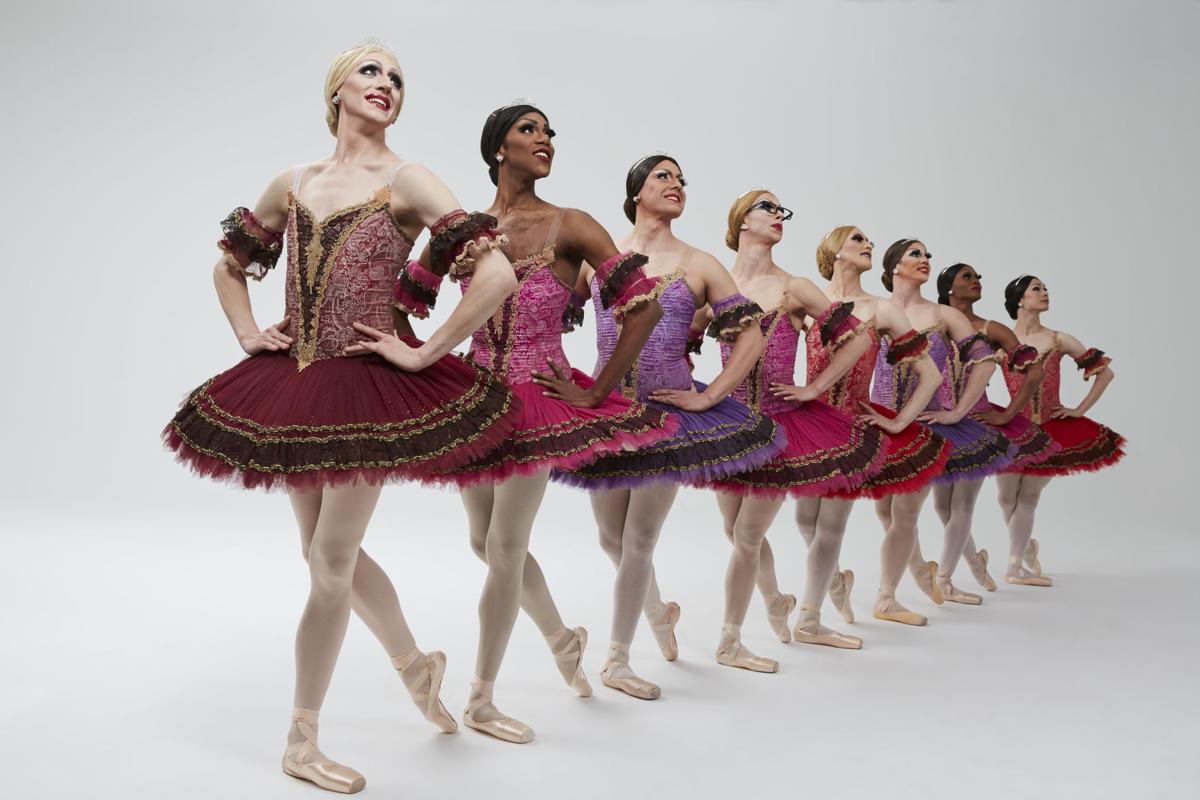 In traditional ballet, the dancing women have all the fun. They wear pretty, frilly costumes with sequined bodices and dance “en pointe” while the male dancers are in supporting roles.

Not so in Les Ballets Trockadero de Monte Carlo. The all-male comedic ballet troupe, founded in 1974, features 15 male dancers performing in drag. While the drag ballerinas’ laugh-inducing shows spoof classic ballets such as “Swan Lake” and “Les Sylphides,” the dancing is no joke. Squint at the stage, and you’ll think you’re watching the Bolshoi.

What started as part of the gay-liberation movement in the early 1970s now promises less of a political statement and more a night of guffaws and awe-inspiring technical dance. The troupe has performed in more than 35 countries and 600 cities.

Haojun Xie started dancing at age 11. After training at the Beijing Dance Academy in his native China and earning scholarships to the University of Cincinnati and the acclaimed Joffrey Ballet School, Xie began his career with the Columbia Classical Ballet in South Carolina, where he danced for one season.

Then he heard about the “Trocks,” as the company is nicknamed, and decided to audition. He joined the New York City-based troupe in August and has been enjoying the ride ever since.

”I love it. I love dancing with the Trocks — rehearsals, classes, performances ... everything,” the 25-year-old Xie said by phone. “I just like pushing myself in ballet.

Xie is learning comedic timing while putting his dance skills into practice. His classical training is typical of the group of accomplished dancers.

”I like all the ballets because they are all different,” he said. “I love the different jokes. In ‘Les Sylphides,’ I play a boy, and my face, my whole body, show that I feel nothing. I calm my face for the audience.”

He plays two characters, the female Maya Thickenthighya and the male Nicholas Khachafallenjar. He prefers the former, though it takes much longer to get in costume, full drag makeup and wig to play the diva.

”When I joined this company, it was my first time doing drag. In the beginning, it was hard for me because I had never done the drag makeup,” he said, noting that each “ballerina” does his own makeup and hair. “But now I like playing the girls better than the boys.”

Amid Texas and Oklahoma’s likely move to SEC, what are the ACC’s options?

Tokyo Olympics: A success? A failure? And how to judge?

UNC football will only be on ESPN+, left off larger broadcast plans