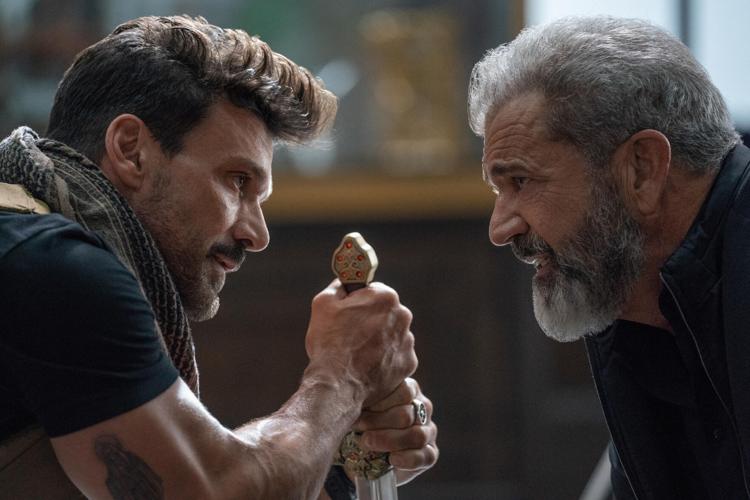 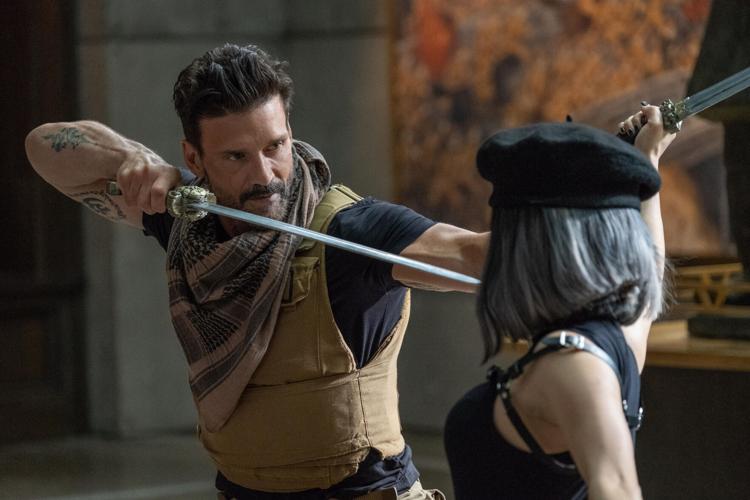 Frank Grillo as Roy Pulver in a scene from the action-packed “Boss Level.”

Frank Grillo as Roy Pulver in a scene from the action-packed “Boss Level.”

The premise: Every morning Roy Pulver (Frank Grillo) is killed by assassins in different ways. Sometimes he’s shot, other times he’s blown up, or beheaded, or stabbed. Then that days starts all over again, for reasons he can’t surmise. A former Delta Force member, Roy needs to figure out why he’s stuck in this repeating time loop, how he can save his ex-wife, Jemma (Naomi Watts), and 11-year-old son, and what a military scientist named Ventor (Mel Gibson) wants with something called The Osiris Spindle.

“Boss Level” is directed by Joe Carnahan. He’s the writer/director of “Narc,” “Smokin’ Aces” and “The Grey.”

Highs: Roy Pulver is having a rough day. But to be fair, every day is a rough day. His alarm clock is a machete being swung just past his face while he’s lying in bed that clangs as it gets stuck into his headboard.

After the first assassin is dispatched, Roy must quickly prepare for the next wave. There’s the helicopter just outside his apartment window with a machine gun manned by pro football player Rob Gronkowski. Then there’s a sword wielder, two women with guns in a truck, a dwarf who likes to stick bombs on Roy when he’s not looking and a couple of gun-toting guys who look like pro wrestlers. It’s a heck of a way to start the day.

Roy has no idea why any of this is happening. All he knows is that he never lives long, the same day repeats and it has something to do with his ex-wife, Jemma. She’s not trying to kill him, although their marriage didn’t end amicably. Jemma is a scientist working on something too complicated for Roy to understand. The only way to figure out what’s going on, and hopefully stop this terrible cycle, is to figure out the clues Jemma has left him.

Throughout the film, we watch Ray die in a myriad of brutal and often hilarious ways, but we also see him grow as a person. He learns more about what he’s supposed to do get closer to the final boss level, which is Ventor, but also about what’s really important in life. Time is the one true ally Roy has and he uses it to his advantage.

Roy is in this time loop by himself but isn’t alone. He gets comfort from a friendly bartender (Ken Jeong), information from an intelligence specialist (Sheaun McKinney) and learns the art of swordplay from a conveniently placed master sword fighter (Michelle Yeoh). Roy’s will won’t be denied and he becomes more and more enlightened as time goes on. It’s a fun process to watch.

Lows: Grillo, who is strong, tough and physical, has little chemistry with the brainy and thoughtful Watts. The coupling of a scientist with a special forces soldier also makes this pairing unlikely and a bit hard to believe. Thankfully, the pace of this film is so quick — a brisk 90 minutes — that you likely won’t notice.

Much more troubling is how poorly “Boss Level” uses its incredible star power. Yeoh and Jeong are only seen briefly. Watts gets a few more minutes of screen time but not much. The biggest waste of talent is Mel Gibson. He’s menacing as Ventor, but because he’s onscreen so infrequently, Gibson isn’t much of a foil.

Grade: (B+): Big, loud and full of explosions and dark humor, “Boss Level” is just flat-out fun. When your jaw isn’t dropping at the stellar action sequences, you’ll be laughing at one of Roy’s expletive-laden quips. Almost a year after the critically acclaimed “Palm Springs” was released, Hulu seems to have yet another time-looping hit on its hands. And Hollywood has another wise-cracking action star in Frank Grillo.

Make sure you smell what The Rock is cooking and give this series the attention it deserves.