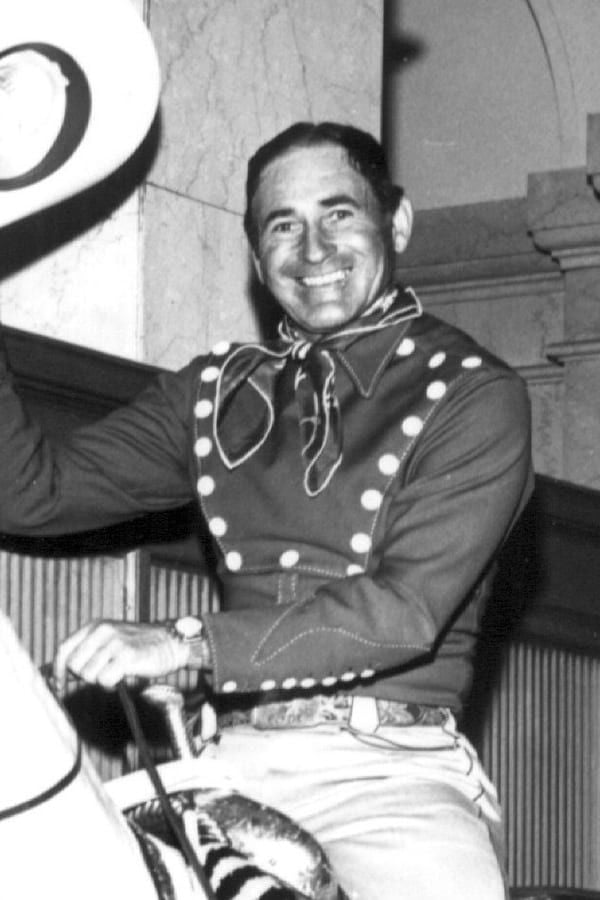 Photo TMBD site? don't know if we're allowed to have 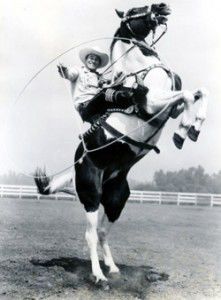 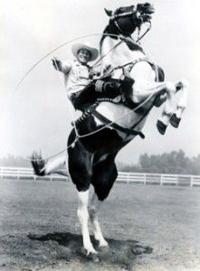 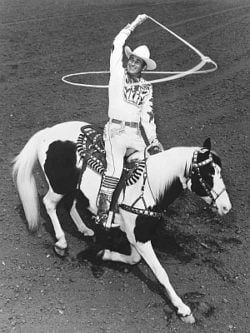 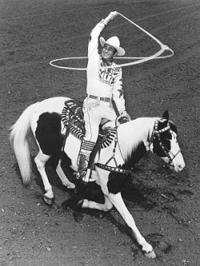 Photo TMBD site? don't know if we're allowed to have

Guests arriving at a special 1959 competition at The Broadmoor hotel received a grand Western “Howdy” from fellows in cowboy hats and traditional Native American dancers.

Then an unusual celebrity arrived in the elegant hotel’s lobby twirling his lasso rope — atop his black and white pinto horse, Rex. Trick roper Montie Montana was the publicity treat arranged for by the hotel’s William Thayer Tutt.

No rodeo championship, this. It was all for a surprised crowd of many languages from different parts of the world here to compete in the 1959 World Figure Skating Championship at the Broadmoor Ice Palace.

This wasn’t the first time the movie, rodeo and Wild West show performer had pulled off the hotel lobby performance, including several times during the Calgary Stampede and the first time in Denver’s Brown Palace Hotel where he and Rex rode off up the winding stairs to a meeting of the Rodeo Cowboys Association.

The Montana fellow already had a place in history books as the only cowboy to lasso a president. He and President Dwight D. Eisenhower had schemed privately for Montie to rope Ike during his 1953 inaugural parade in Washington. The Secret Service wasn’t amused and Montana was just glad they “didn’t ventilate me,” he was quoted. Another claim to fame was being featured for years in the Pasadena Rose Parade where he lassoed spectators.

Over the years he was in John Wayne Westerns including “The Rifleman,” and appeared in shows with Roy Rogers.

In 1994, birth name Owen Harlen Mickel, “Montie from Montana,” was inducted into the Pro Rodeo Hall of Fame after a life of rodeo trick roping performances dating back to 1925 when he was just a kid. He died in 1998 in California.

A look back in Colorado Springs | A surprising Grateful Dead connection

The elite Fountain Valley School, south of Colorado Springs, was founded in 1930 as a private boarding and day school, its alumni list dotted …