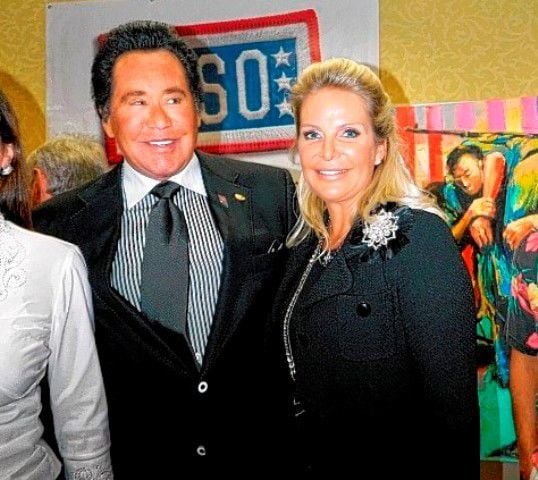 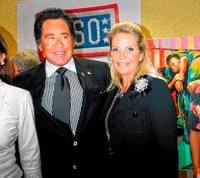 Wayne Newton and wife Kat at a 2011 USO honors event. 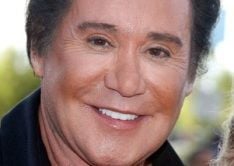 Wayne Newton and wife Kat at a 2011 USO honors event.

Guests and surprised visitors at the Antlers Hotel one evening in 2011 could only nonchalantly pretend they didn’t just see Marilyn Monroe, Frank Sinatra, Bob Hope and Wayne Newton walk past them in the hallway.

Maybe a group of impersonators performing at an event, they puzzled.

Right they were for three of the four.

But it was an in-the-flesh, tan and smiling Wayne Newton, Mr. Las Vegas, who was there to be honored on the 70th anniversary of the founding of the USO. “Marilyn” and friends were the evening’s entertainment.

An appreciative audience of 500 military and donors agreed that the Rocky Mountain USO Champion of Freedom Award recipient was the antithesis of a superstar. Instead, a smiling, friendly man genuinely interested in chatting with everyone who approached him and signing autographs. A number of the service members present had seen him entertain in war zones worldwide, and they shared stories with him.

Yes, indeed, there was Vegas-style plastic surgery, and he joked about it. And about the permanent tan.

But Newton has been on stage entertaining ever since his “Danke Schoen” childhood, when he sang for President Harry Truman’s birthday. Since then he has performed with the USO for military at every conflict from Vietnam to Afghanistan and Iraq.

He had wanted to be in the military when he was 18, he told the local audience, but his asthma stamped that dream with a 1-Y rejection (only in a major emergency) on his Selective Service card.

Instead, he volunteered to entertain with the USO tours.

Over the years he has a very personal tradition, asking soldiers if there is someone at home he could call for them with a message.

He has made thousands of those calls since Vietnam and almost always has to call families twice. The first time someone answers, they hang up, unbelieving, when he says who he is.

He shared that he called the mother of one young soldier some years ago and said her daughter wanted her to know she was doing fine. Newton was emotional as he spoke, because the mother had paused, telling him her daughter had just been killed. He apologized, but she stopped him, saying he had been the last one to see her daughter alive. If he hadn’t called, she wouldn’t have known her daughter was fine before she died. It touched him deeply.

Newton, who has a glittering life and major estate in Las Vegas where his shows are legendary, was visibly pleased by his evening’s award, a Michael Garman flag-waving soldier sculpture, and that the evening had raised $73,000 for USO work for troops and their families at centers at Fort Carson and Denver International Airport.

Besides being a headline tour entertainer, Newton was hand-picked in 2001 to follow Bob Hope as chairman of the USO Celebrity Circle, recruiting celebrities for the USO traveling tours and doing support work for the nonprofit.

Major stars and entertainers made stops in Colorado Springs during the '60s and '70s summer Broadmoor International Theatre seasons.