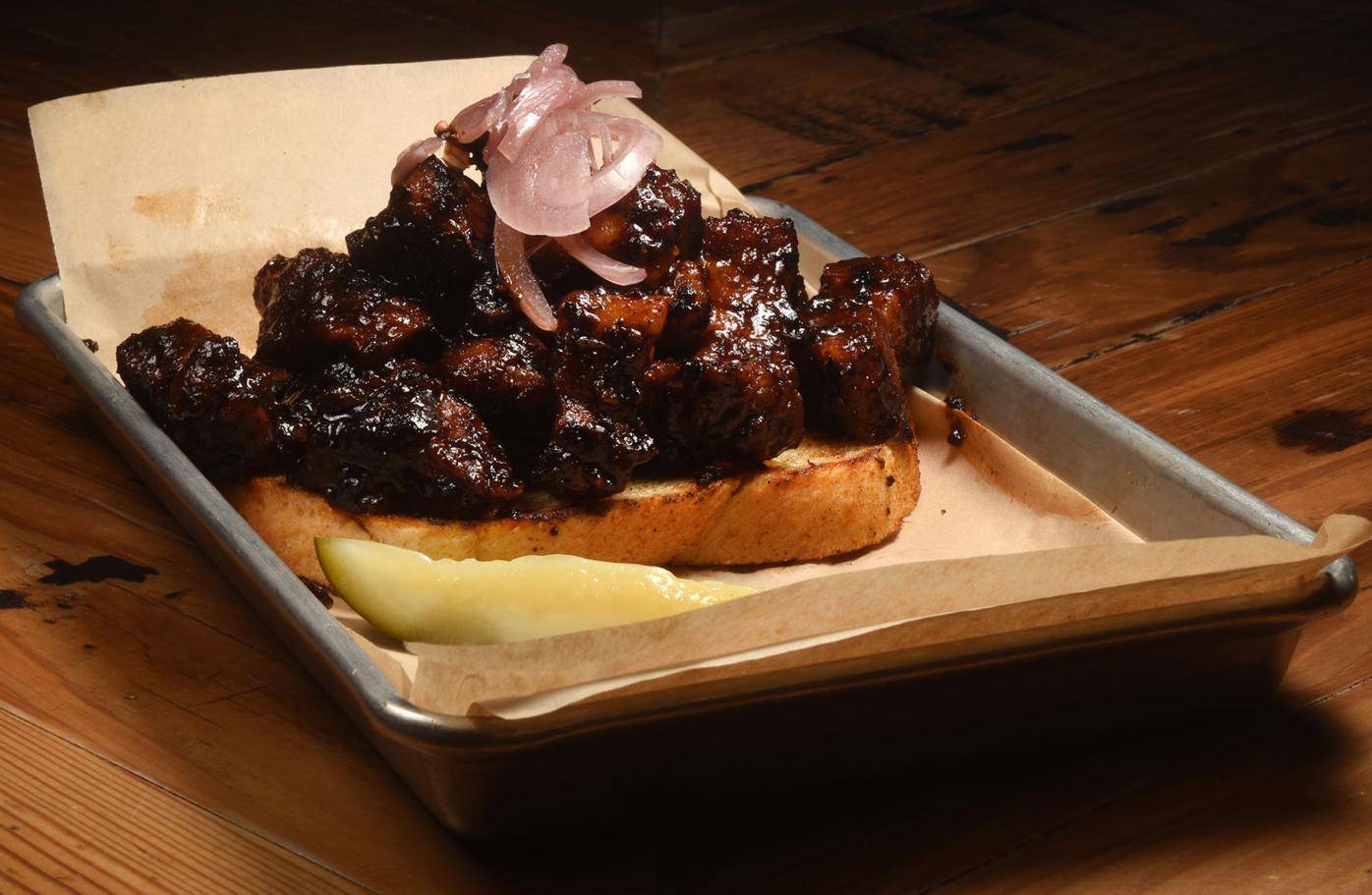 The pork belly burnt ends from Beasts and Brews. 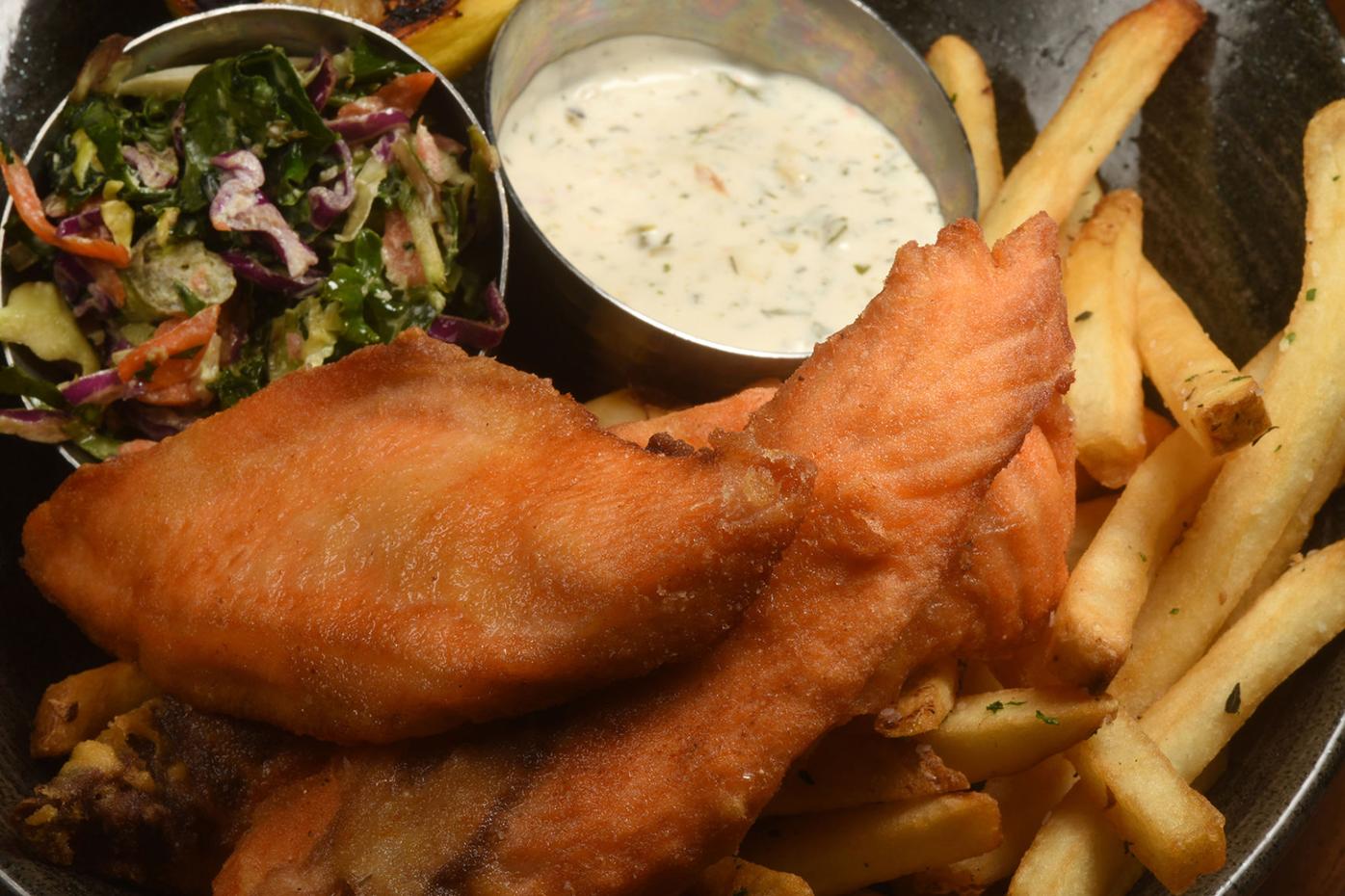 Salmon is the base of the fish and chips at Beasts and Brews, 7 Spectrum Loop, Colorado Springs. 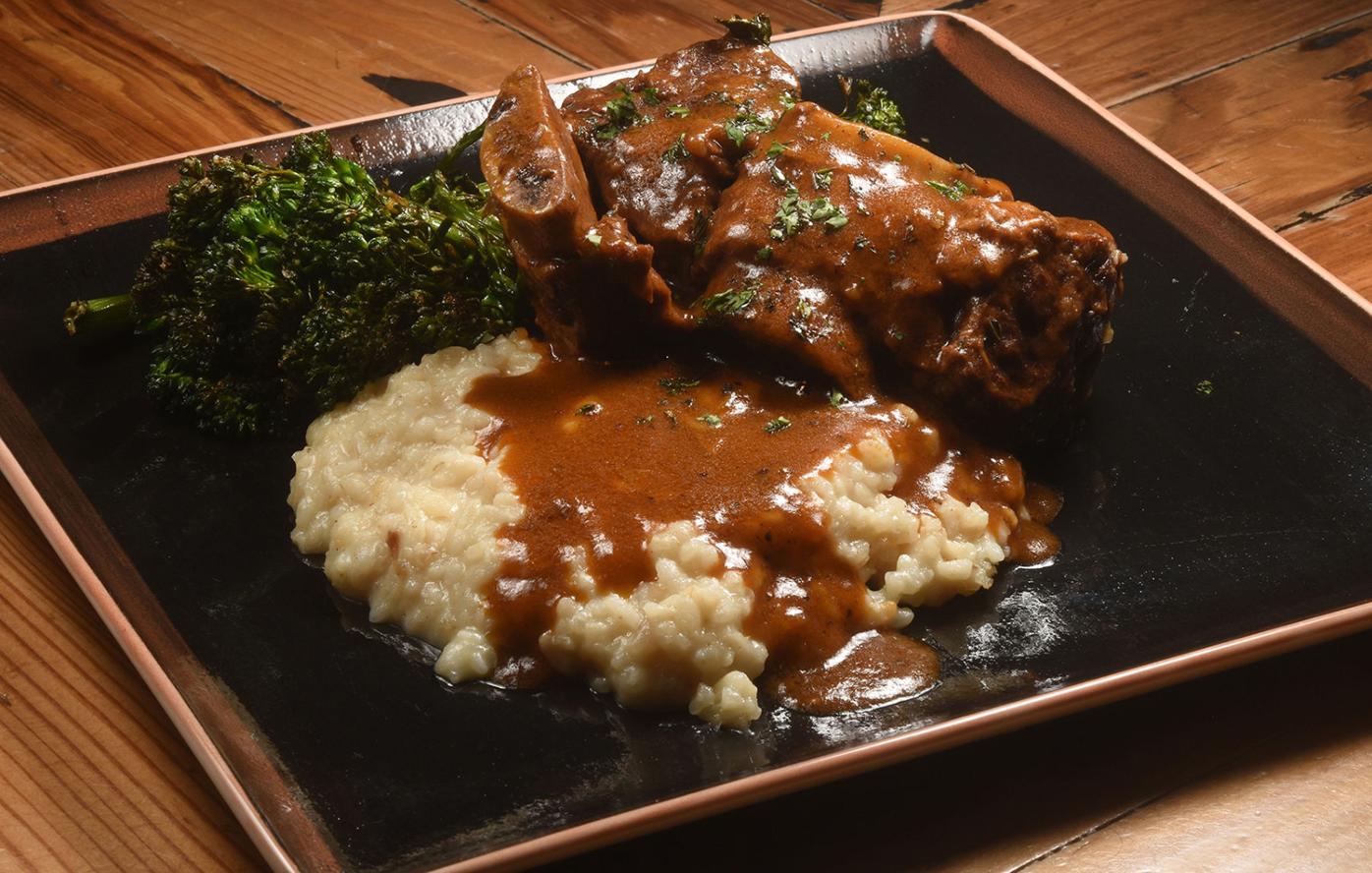 The short rib dinner at Beasts and Brews, a taphouse with comfort food. 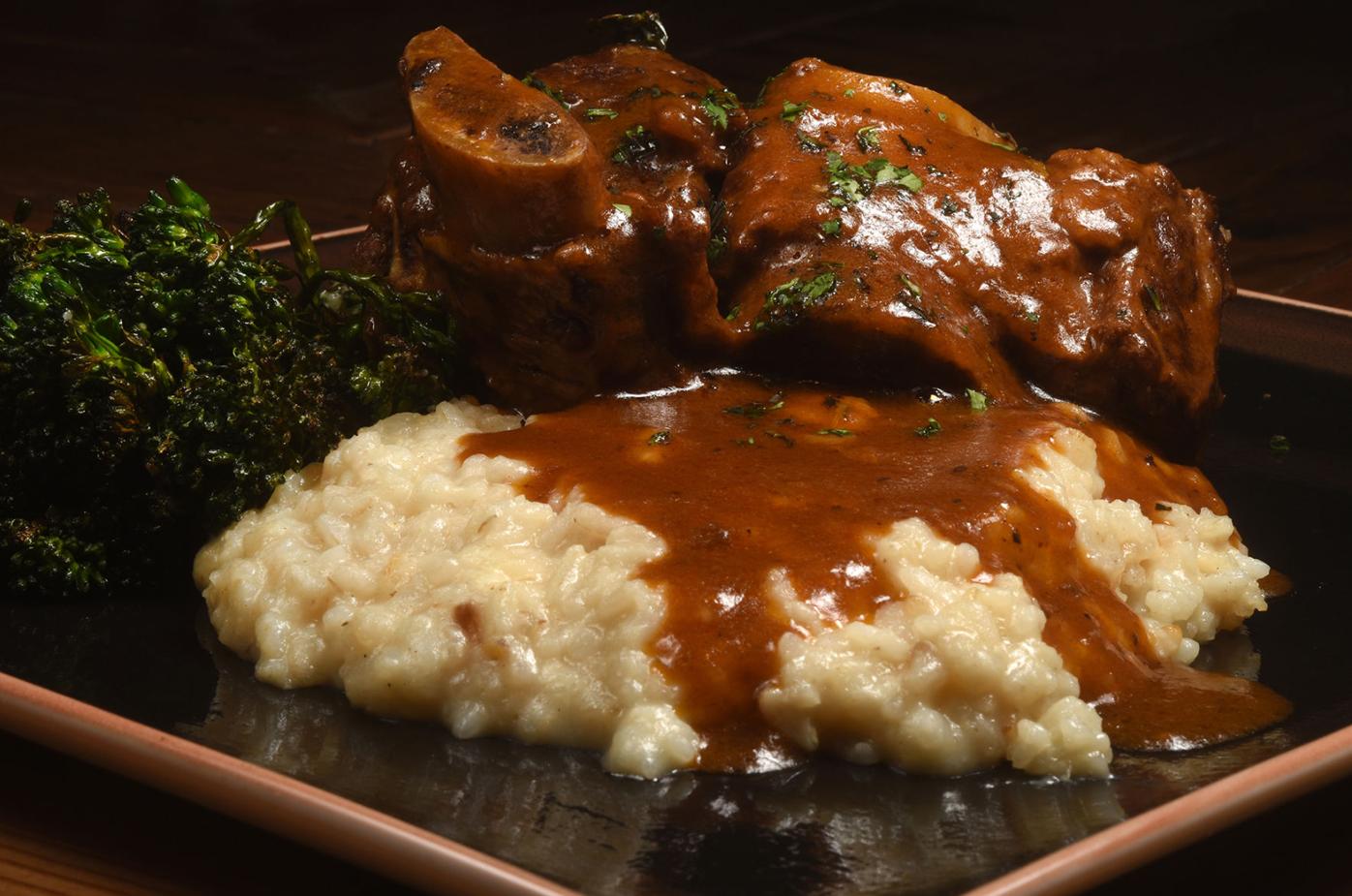 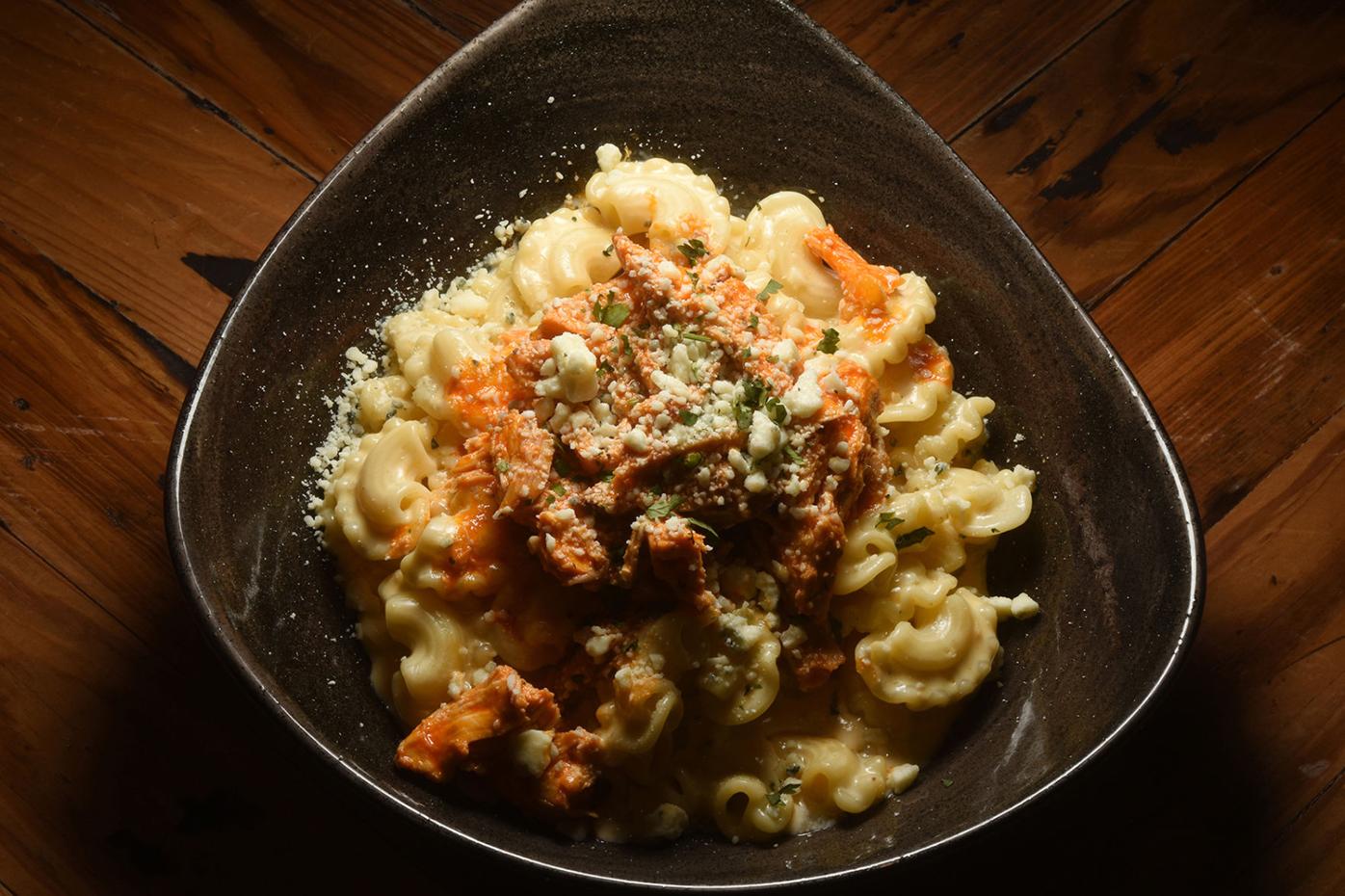 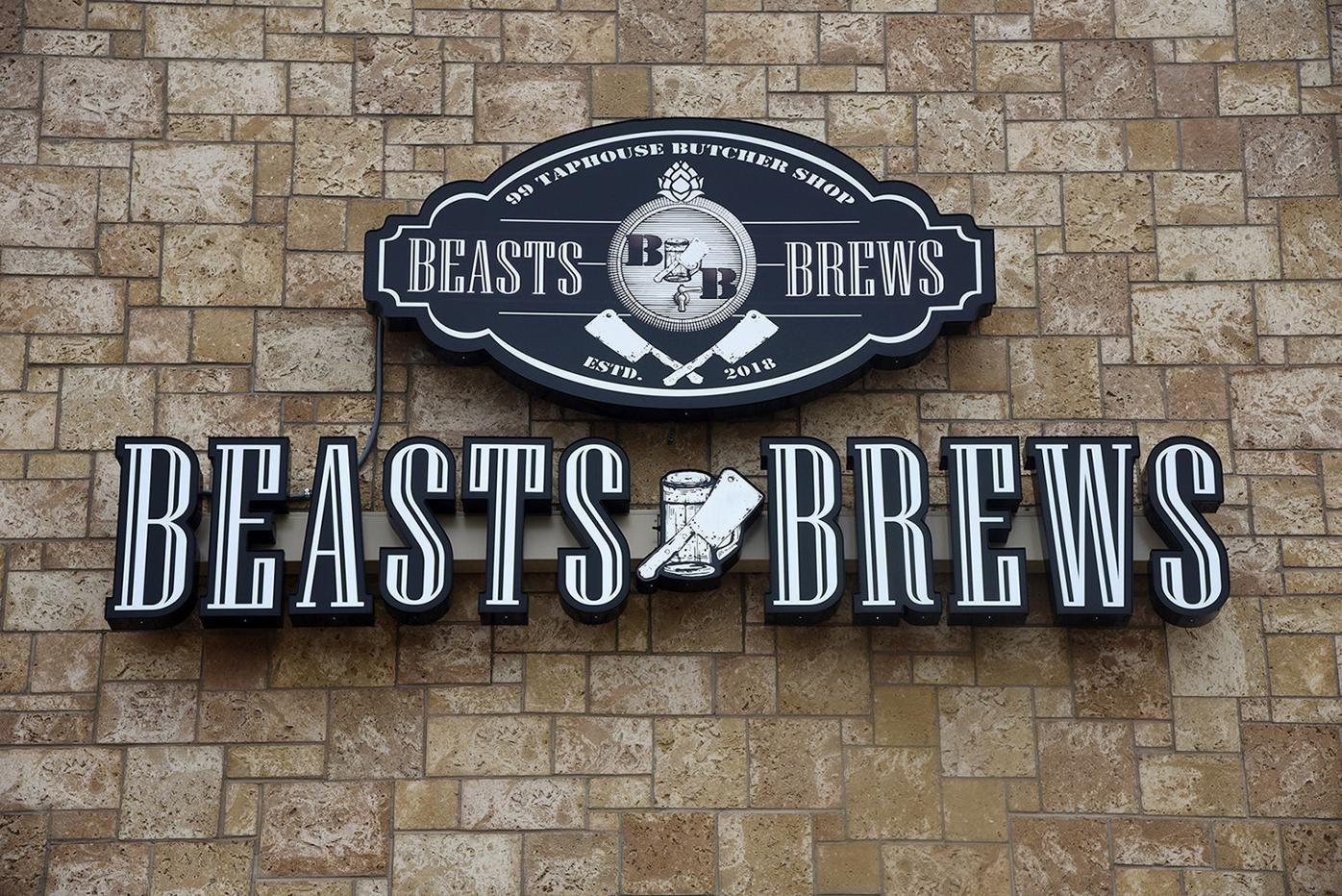 Beasts and Brews is at 7 Spectrum Loop, No. 140, in Colorado Springs. 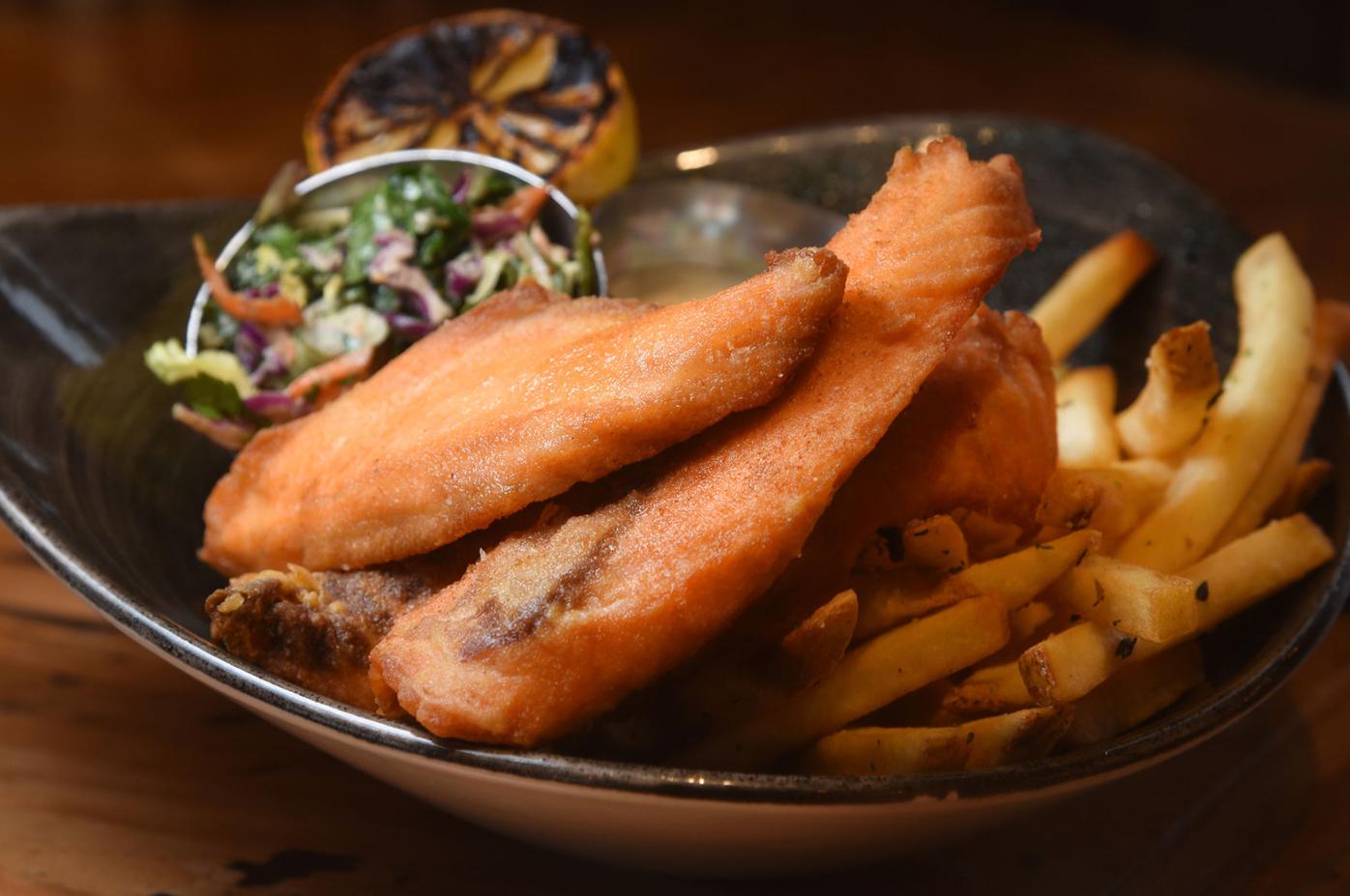 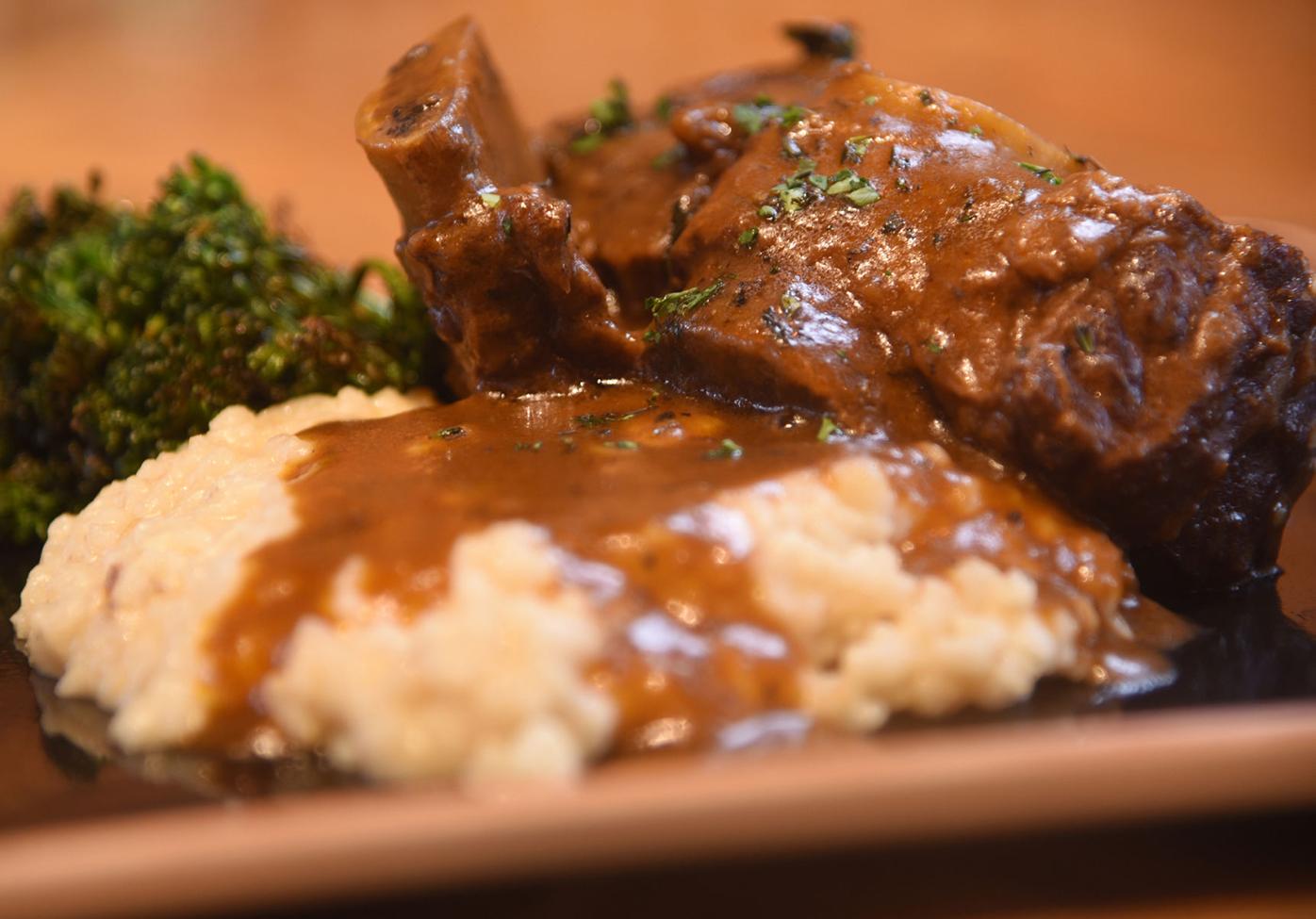 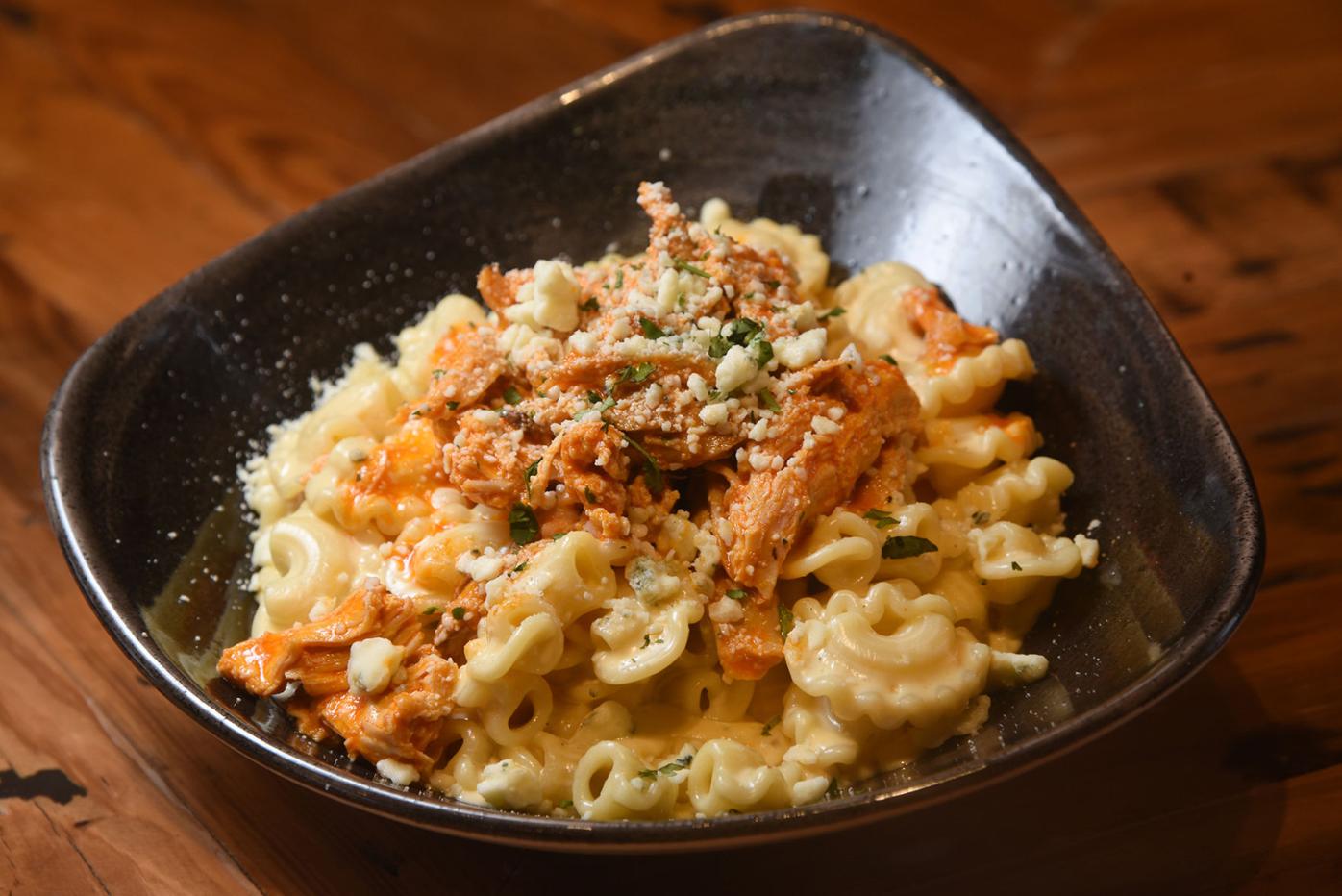 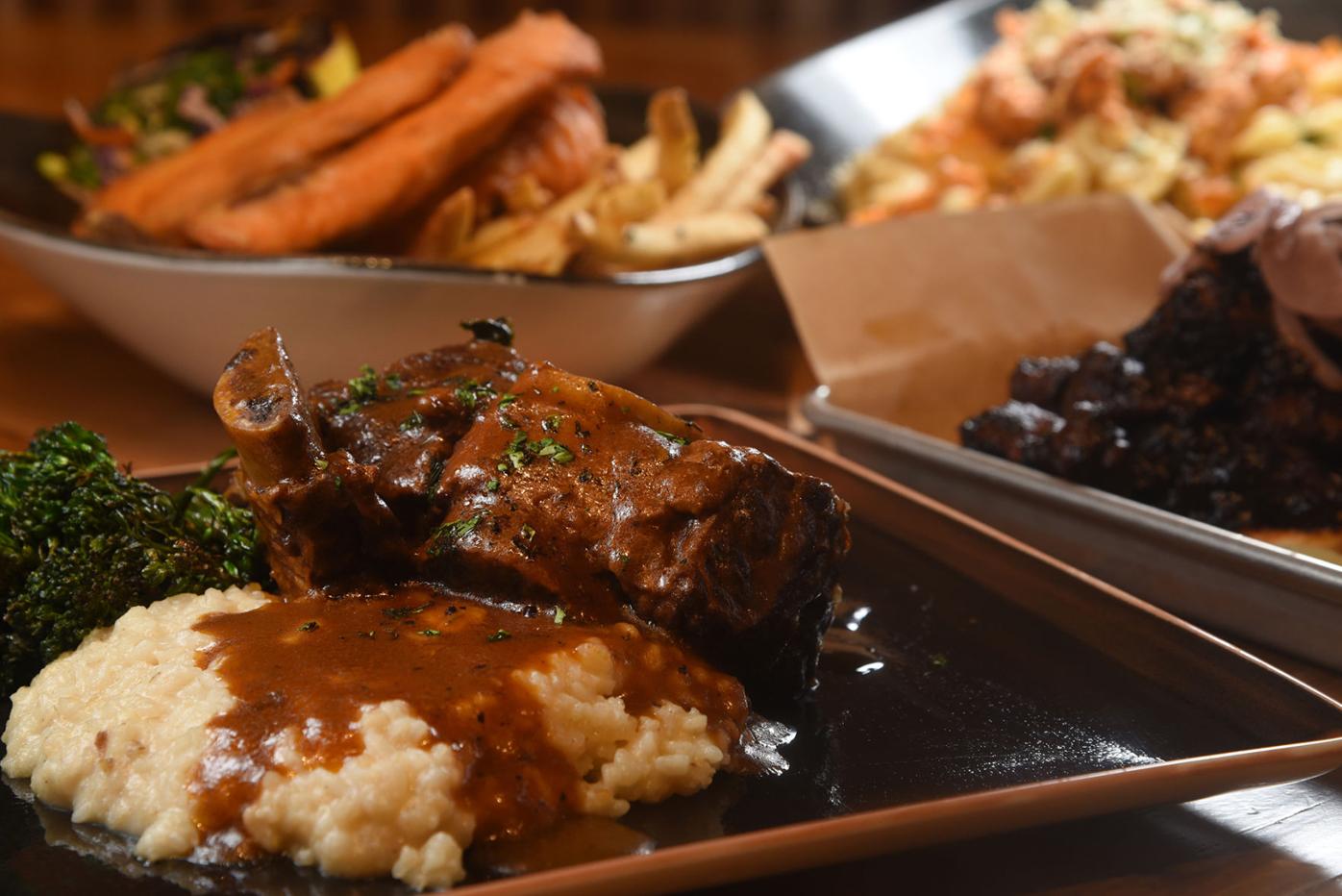 Among the comfort foods on the menu at Beasts and Brews are Short Ribs, Burnt Ends, Fish and Chips, and Buffalo Chicken Macaroni and Cheese.

The pork belly burnt ends from Beasts and Brews.

Salmon is the base of the fish and chips at Beasts and Brews, 7 Spectrum Loop, Colorado Springs.

The short rib dinner at Beasts and Brews, a taphouse with comfort food.

Beasts and Brews is at 7 Spectrum Loop, No. 140, in Colorado Springs.

Among the comfort foods on the menu at Beasts and Brews are Short Ribs, Burnt Ends, Fish and Chips, and Buffalo Chicken Macaroni and Cheese.

As a name, Beasts and Brews might conjure images of otherworldly things that come to life in dark, remote forests. But fear not, it’s an impressive restaurant and pour-your-own alcohol establishment, located off North Voyager Parkway, where the biggest surprise is the quality of the food.

Beer, wine and liquor dispensers are the centerpiece. However, before this catches your eye, there’s a refrigerated, glass case of meats — a la butcher shop style — on display upon entering. This is also where you check in to obtain a card needed for drink pours, which are charged by the ounce. The variety of options is almost staggering; the majority of the brews have Colorado origins.

A hostess now seats diners and drinkers, whereas until prior to early January, food orders were placed at the counter. Beasts and Brews is now a full-service eatery with orders taken and brought to the table by a friendly, knowledgeable server. (The evening of our visit only one server was on shift, but she deftly handled all of the tables without faltering.)

The menu has a bit of everything, from barbecue to Mexican, from Italian to burgers. All sauces and several condiments are made in-house. Fortunately, I hadn’t settled on any New Year’s resolutions, so the order of pork belly burnt ends ($13) didn’t mean an early fall from grace. Cubes of thick pieces of bacon, covered with tangy, caramelized barbecue sauce stacked high on a slice of sourdough bread, were topped with pickled onions. The crispy pieces of pork with purposely burned ends were a decadent way to begin our meal.

Our server said the macaroni and cheese ($10) and the salmon fish and chips ($15) were among her favorites. We ordered both, along with the short rib dinner ($25).

Although the meat didn’t fall off the bone, the short rib was tender and the rich, brown gravy resulted in a comfort food meal. It vied for palate attention with the milky, cheesy risotto, which I could have eaten by the bowlfuls if that had been an option. The al dente broccolini added color, but the short rib and risotto were the main attractions.

The mac and cheese featured rooster comb pasta: Imagine macaroni noodles with wings on one side. Creamy with a subtle beer cheese base, topped with crunchy toasted panko, this was an especially well-executed, sophisticated rendition of a simple, basic dish often associated as a kid’s meal.

Salmon as the base for fish and chips means altering one’s perception of the entrée. Cod is more often used because of its flakey texture and understated fishiness. Salmon isn’t usually something I think of battering and frying, but it works. It crisps up well. resulting in a crusty coating that doesn’t hide the faint sweetness of the fish. The hand- cut chips, aka fries, were above average, but the kale slaw was too bitter. The grilled lemon for squeezing over the fish was a nice touch.

Among the items catching my attention, without whetting my appetite, were the Dominik knuckle sandwich ($14) and the adult grilled cheese ($11). First, shaved beef knuckle doesn’t grab me, although blueberry horseradish is intriguing. As for the latter, I am a fan of pimento cheese, but am not a Spam aficionado — even if it is house-made.

The variety of taps available enhances the fun element, but for me it’s food that’ll have me coming back.

The only thing missing at Abby’s Irish Pub, in the city’s northern Briargate area of Colorado Springs, are the brogues, but we were served, fittingly, by red-headed Connor.