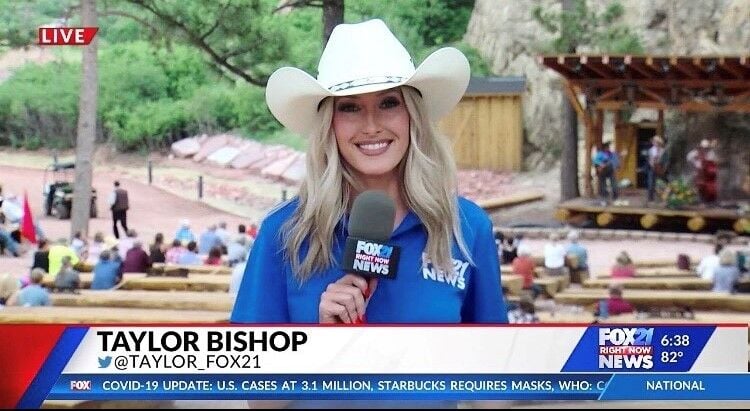 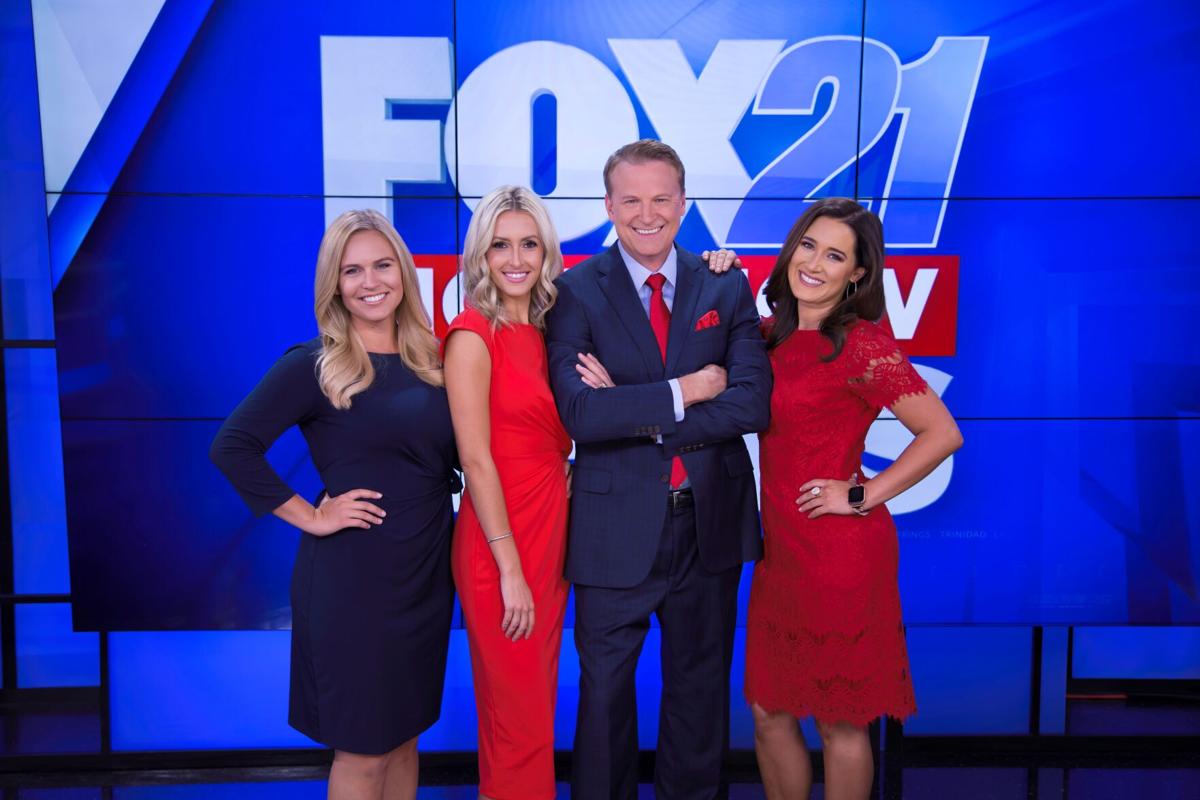 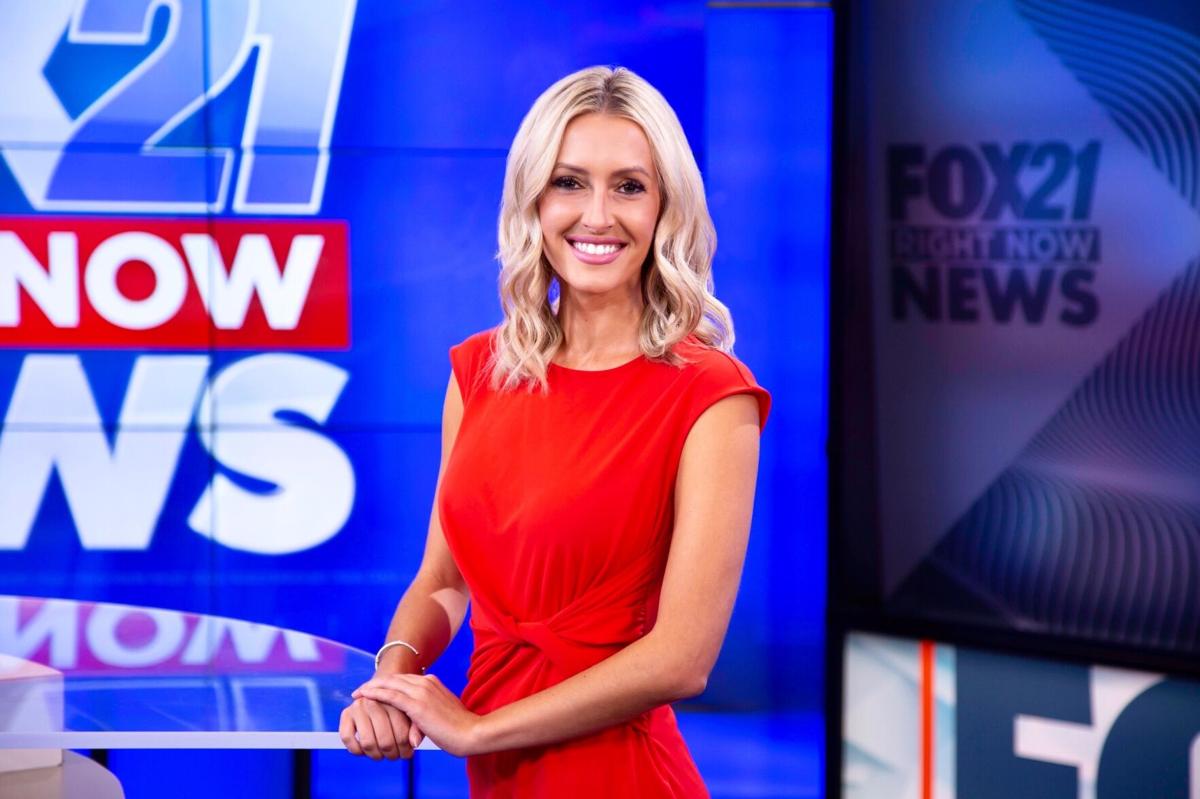 Taylor Bishop is an evening anchor on Fox 21. 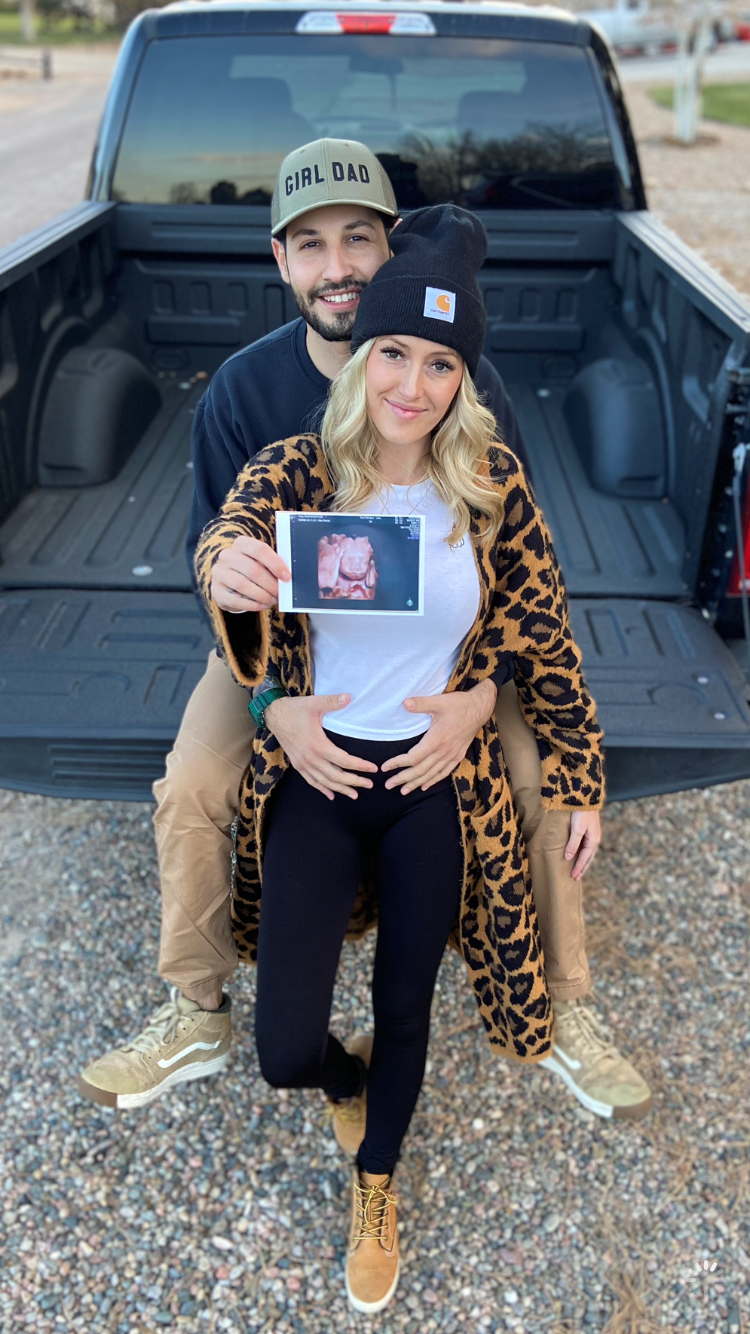 Taylor Bishop is an evening anchor on Fox 21.

Arkansas native and Kansas City Chiefs fan Taylor Bishop has been with Fox 21 since 2015, starting as a multimedia journalist and working her way up to evening anchor. To get to know Taylor away from the camera, I asked her a few simple questions.

Question: What’s it like being a Kansas City Chiefs supporter living in Colorado?

Answer: Tough. My other half is a big Broncos fan so Sundays are filled with a lot of smack talk. However, I will say that it’s hard not to be a Broncos fan when you live in Colorado. I got to cover the 2015 season when the Broncos won Super Bowl 50. I covered the street\wide pep rally party ahead of the AFC Championship against the Patriots. Then I got to cover the Super Bowl Parade after the big win. That is something I’ll never forget. I grew up in Arkansas, where there are no NFL teams, just our Razorbacks. So, the next best thing is KC.

Q: When you were a kid, what did you imagine yourself doing for a living?

A: I refused to believe I would be anything other than a country singer in Nashville. I used to love to sing, so my mom put me in my first talent show at age 5, then I sang on a live country music show several nights a week when I was 14. I auditioned for “American Idol” when I was 16. I did not make it past the first round and it was a miserable experience, so there went my dreams of being country music star. Public speaking was also something I always loved, so I’m definitely not surprised by my career choice.

Q: If your TV had only three shows or networks on it, what would you be watching?

A: This one is a guilty pleasure and I’m embarrassed to admit it but I love Bravo; all of the “Real Housewives” franchises, “Southern Charm,” the list goes on. Sometimes I just need mindless television after a news filled day. I also love the “Bachelor/Bachelorette” and I’ve gotten into “Love Island” recently. I especially love cooking competitions like “Chopped.”

Q: What do you think you’d do for a career if you weren’t in broadcasting?

A: If I weren’t in broadcasting, I think I would be a chef. I love to cook. It’s my favorite hobby and have even thought about going to culinary school part time. I grew up in a restaurant. My mom owned a catfish restaurant in Eureka Springs, Ark., for 25 years. Now my other half owns a gyro restaurant in Pueblo, so our little girl will get to grow up in a restaurant, just like me.

A: Being lumped into what people refer to as “the media.” It’s a very vague phrase that is used when people see or hear something that doesn’t necessarily back up their views. Local news is a whole different ball game, and people don’t understand that. We are local journalists, not “the media.” And our paychecks sure don’t offer incentive to lie to the public. I just try to encourage people to give us a watch before they label us as Fox News or “the media.”

Q: As a broadcaster, what do you think of the movie “Anchorman?” How much of it is accurate/inaccurate?

A: “Anchorman” is a classic, it’s absolutely hilarious. Accurate, not so much. However, Scott Kilbury does remind me of Ron Burgundy more often than not. If there’s something in the prompter, even when it shouldn’t be there, he will read it. News teams need not assemble though; the camaraderie between the stations in this town is amazing. Some of my best friends are my competition.

Q: What’s the most enjoyable/memorable story you’ve reported on?

A: Early on in my career, I went down to the Colorado Gators Reptile Park in Mosca. I got to wrestle an alligator and it weighed as much as I do. The story ended up being hilarious but also informative about why there are alligators in Colorado and how they’re able to live here. I’ll never forget that one.

Get to know the Fox 21 anchor away from the camera.

Ron Cook: There's a lot to like about this Penguins team