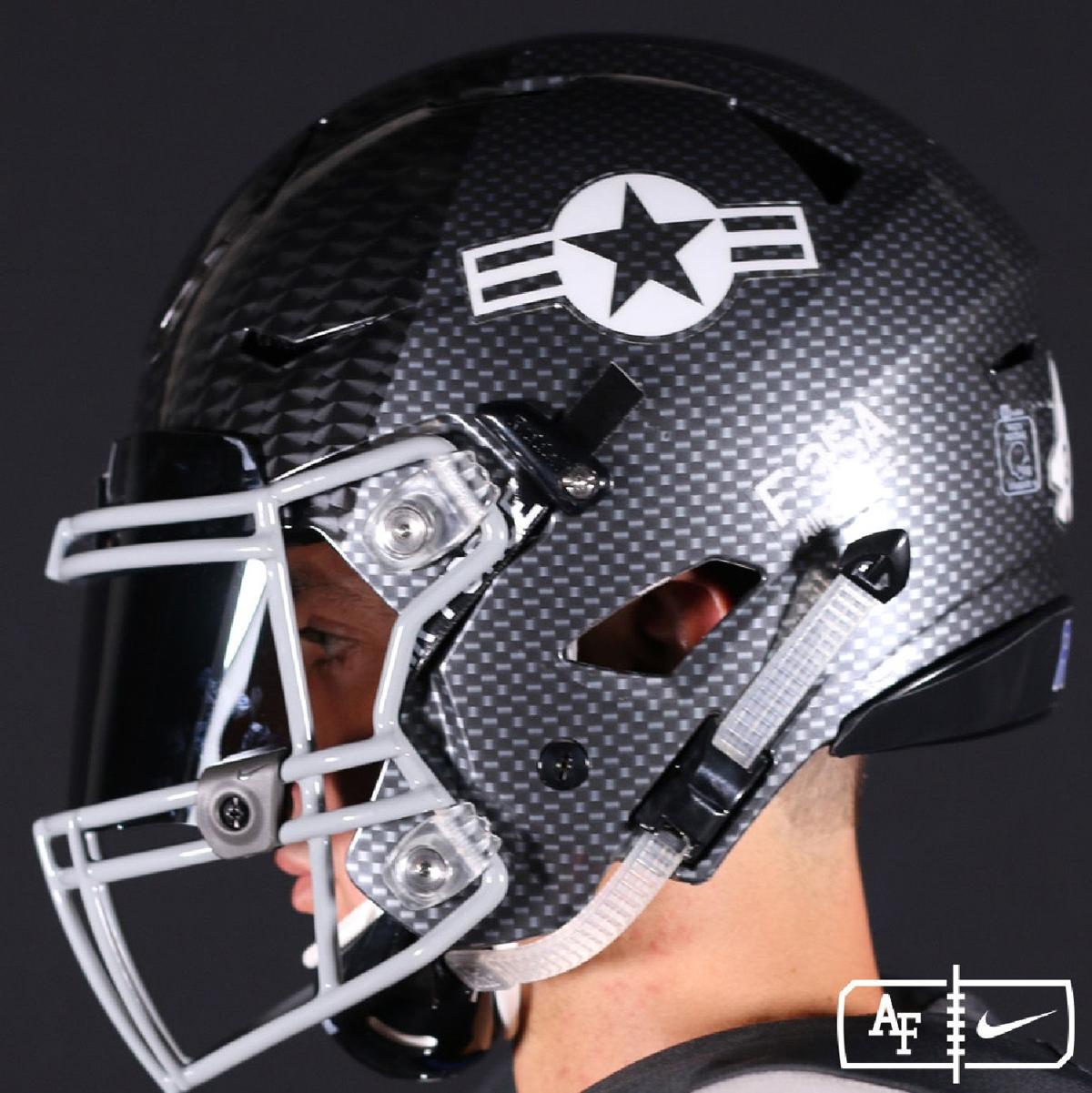 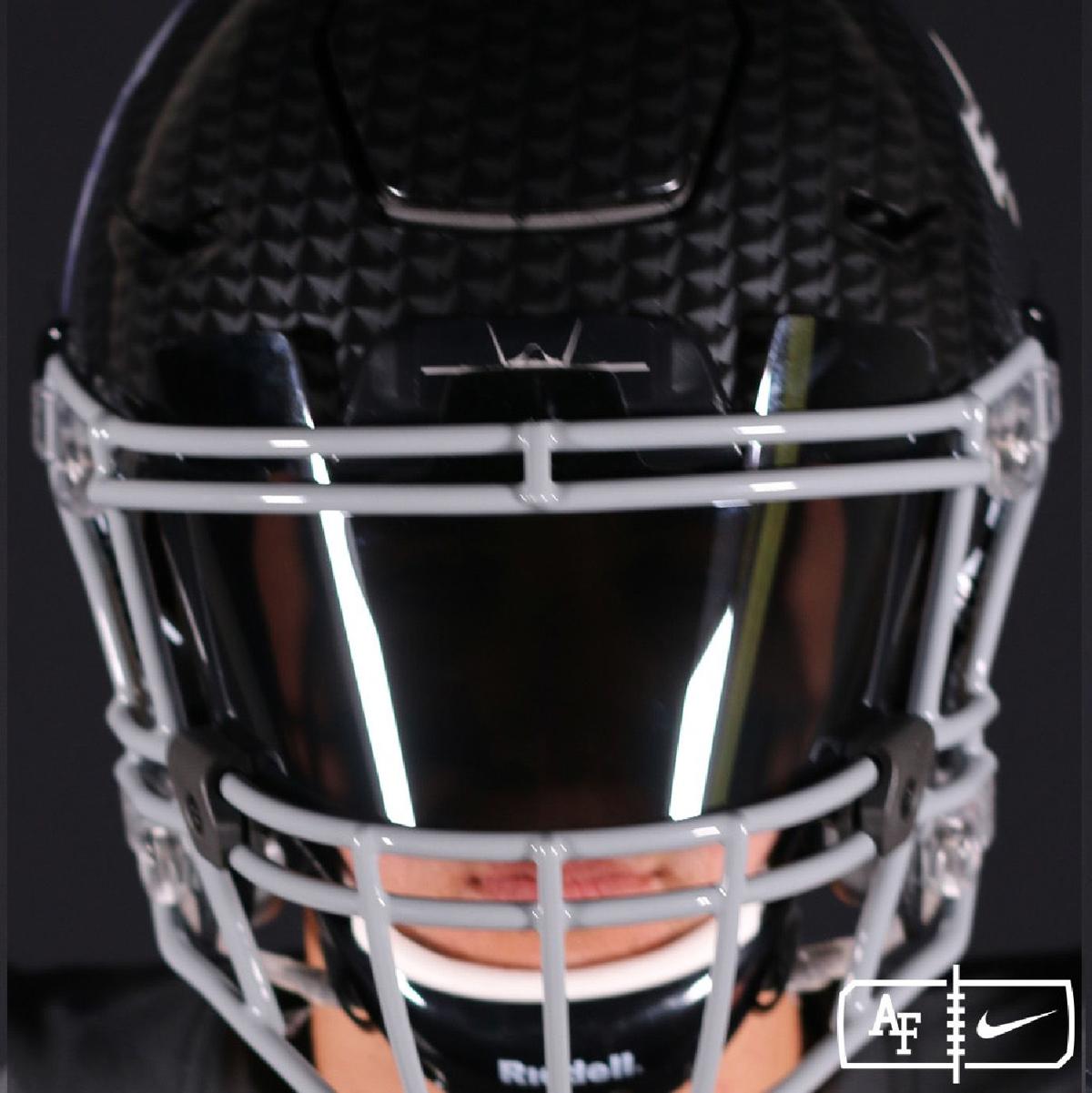 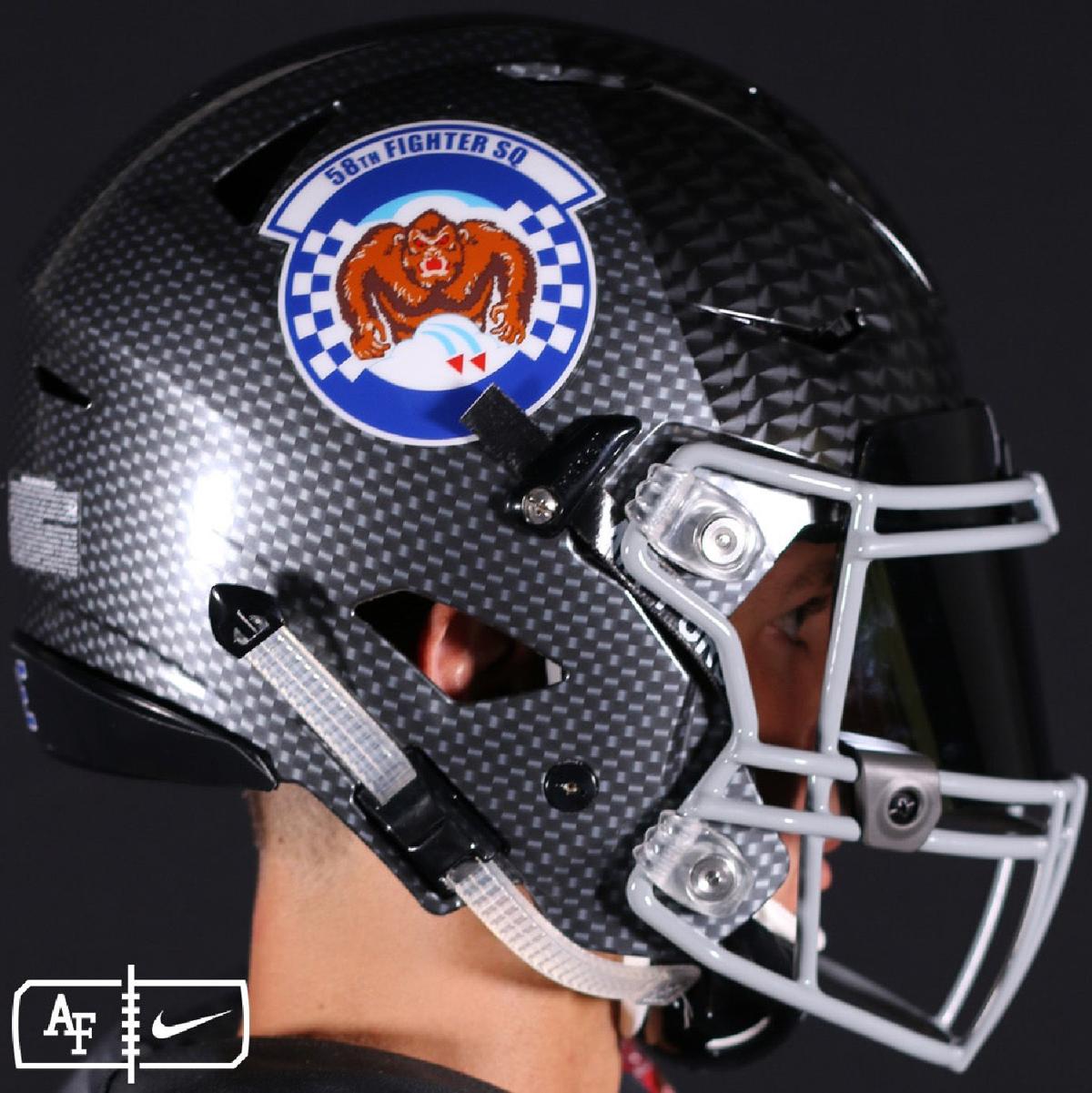 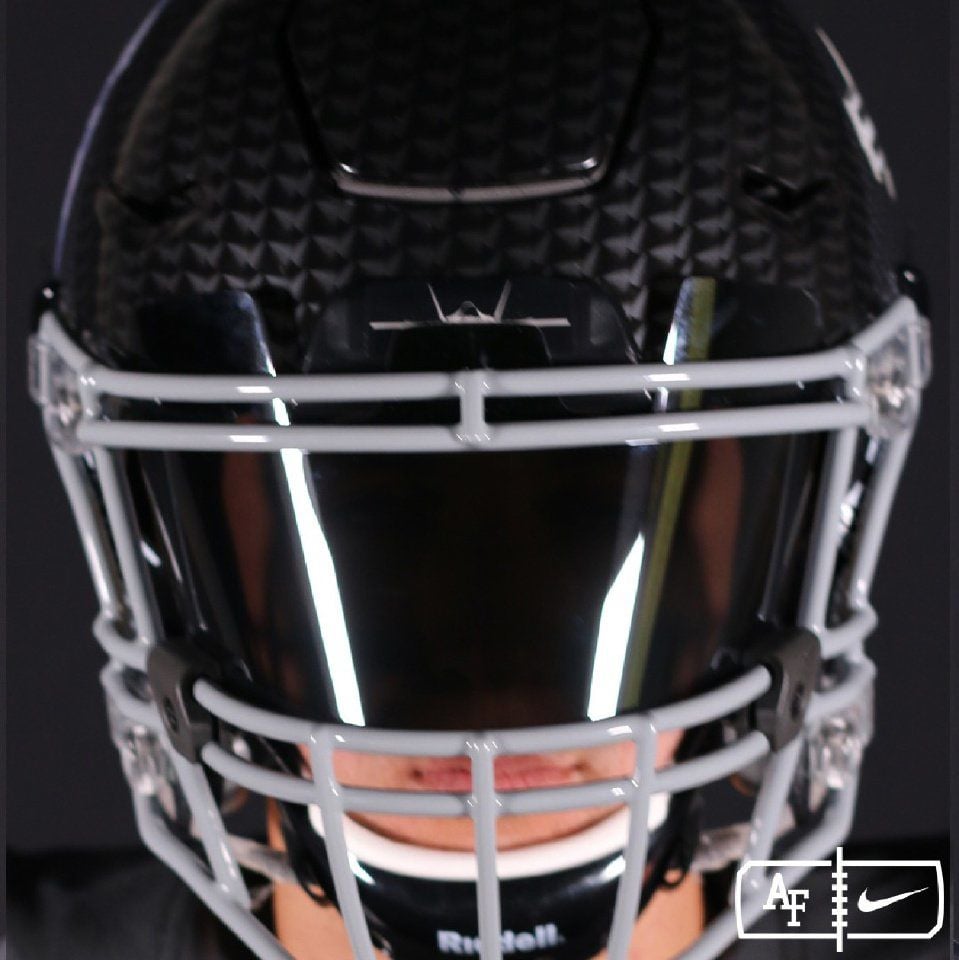 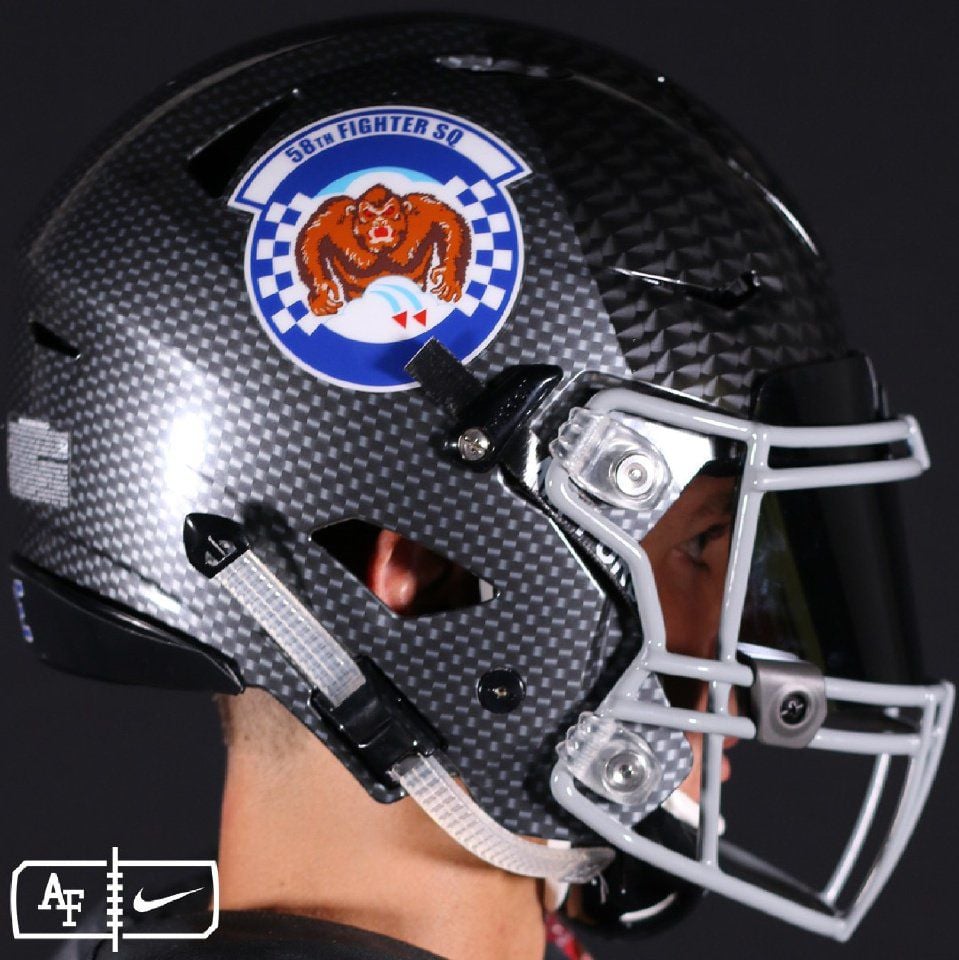 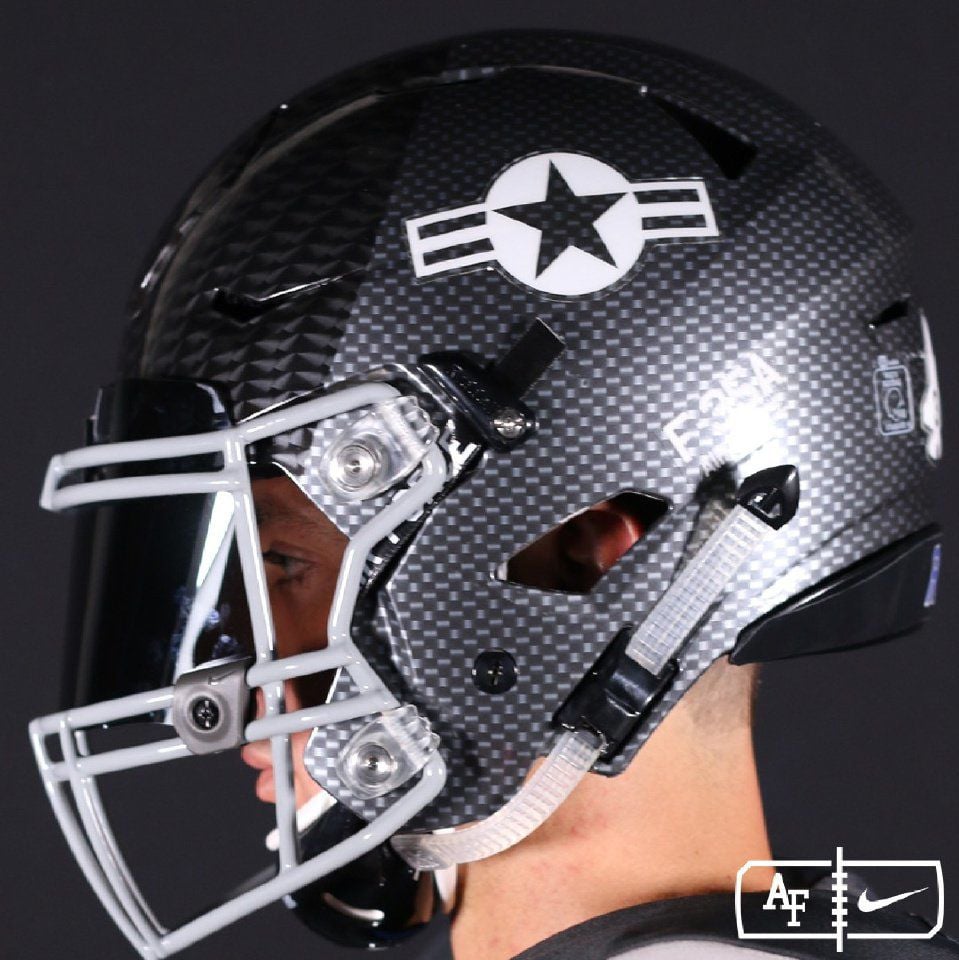 The football helmet – released in photos on Monday – is modeled after the helmet F-35 pilots wear in flight. There will be five designs for the helmet this year. On one side, the Air Force logo will be a constant. On the other, there will be five decals representing the five F-35A operational fighter squadrons.

Last year the “Flying Tigers” kicked off the series, with the helmets sharktooth design mimicking the art from the nose of the aircraft. The helmet and uniform drew wide acclaim, with appearances on many national sports shows.

The Falcons wore the sharktooth helmets three times, twice at home in the regular season and in the Arizona Bowl.

Air Force will continue its Air Power Legacy Series this weekend by wearing special uniforms at Hawaii. And there's a unique twist to it as well.