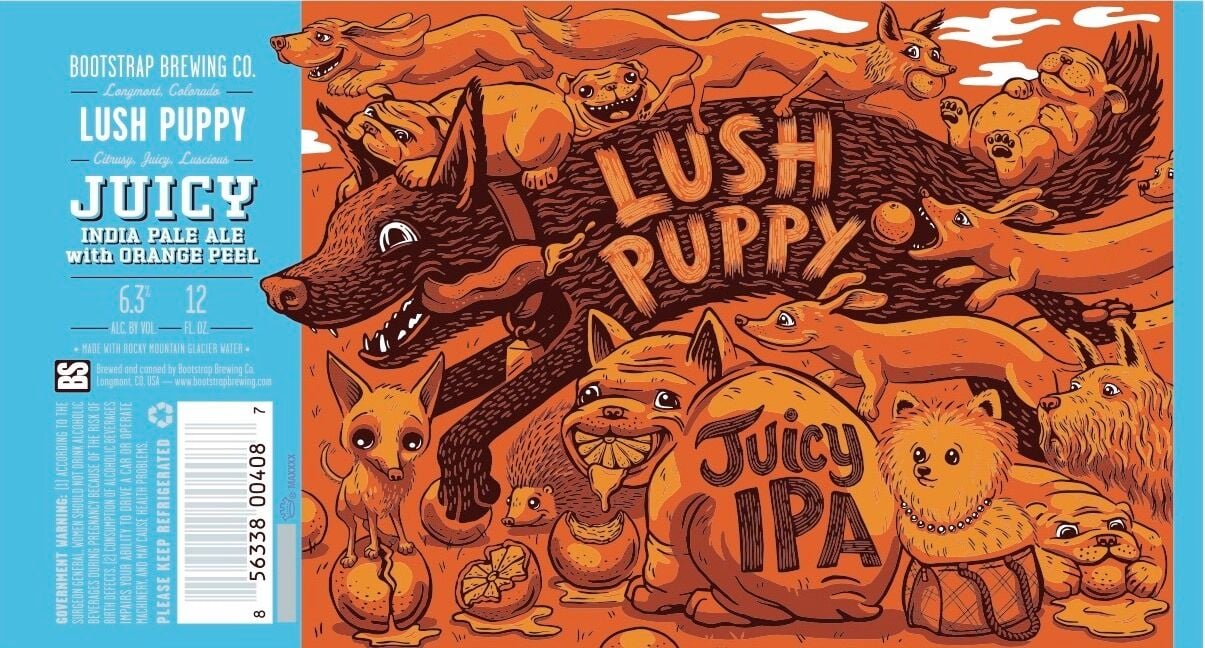 The label for Bootstrap Brewing’s Lush Puppy Juicy IPA, a celebration of canines, literally pushed the limits of can art. Can you find the cowbell? 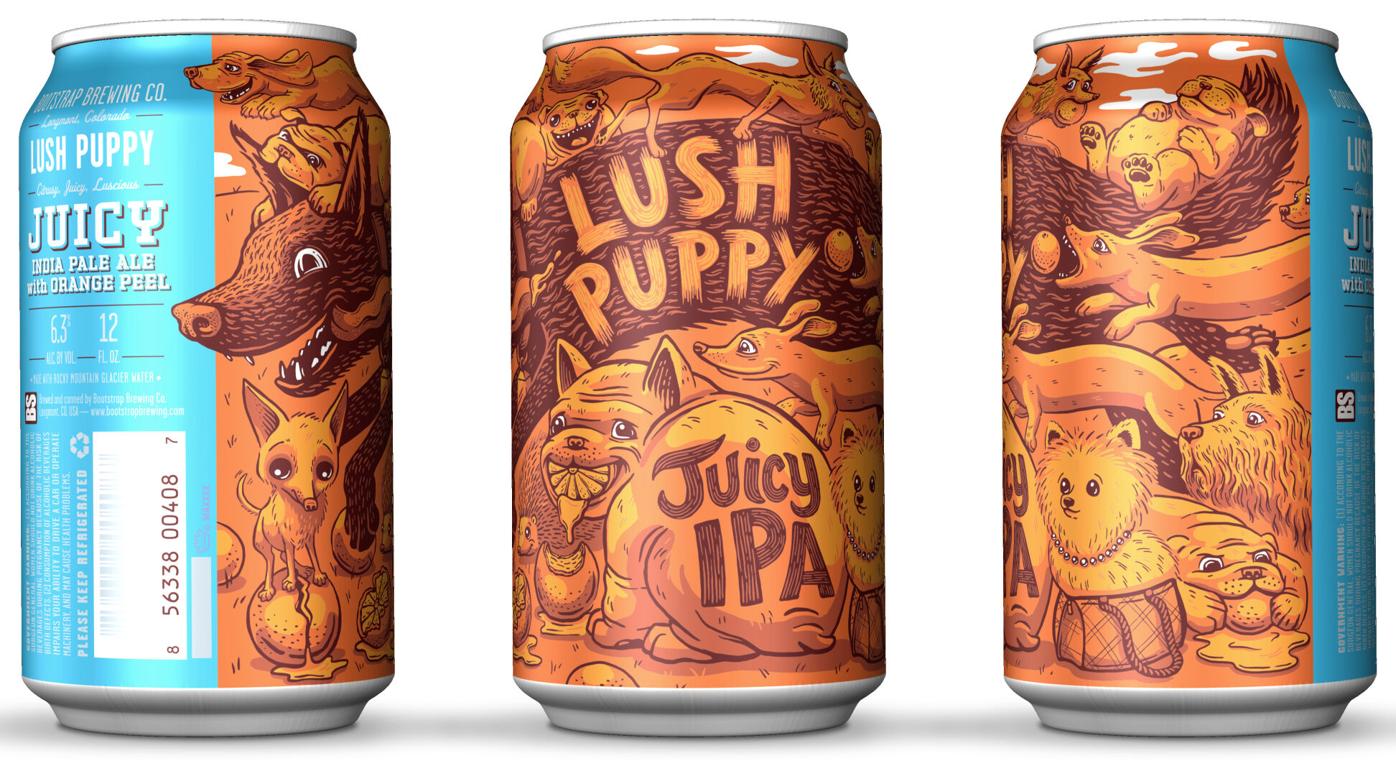 The label for Bootstrap Brewing’s Lush Puppy Juicy IPA, a celebration of canines, literally pushed the limits of can art. Can you find the cowbell?

I’m all for not judging a book by its cover, but isn’t that the whole point of labels?

Cruise the frozen food aisle at the grocery store and you know what you’re getting inside those boxes and bags because there’s a picture of the product on front, perfectly plated and ready to serve.

Most beer labels, especially craft beer ones, take a more roundabout route to appeal to shoppers’ senses. Therein lies the rub, the challenge and the fun.

“We’ve always known that if we could get somebody to try our beer that they would buy it,” said Leslie Kaczeus, who owns Longmont’s Bootstrap Brewing Co. with her husband, Steve.

Unless you’re in a tasting room, though, that’s not how shopping for beer usually works.

I didn’t set out last week to impulse-buy a beer I’d never tried, or even heard of. Then I saw Bootstrap Brewing’s Lush Puppy Juicy IPA.

Rather, I saw its can.

That looks just like Jeff’s dog! And that one, like Speak from “The Tick!” And is that Falkor from “The Neverending Story”?!

Lush Puppy’s name, and its subsequent look, was born out of a brainstorming session the brewery held before the beer’s 2016 release.

“We got everybody together and said, let’s describe it. How does it make you feel? What are the qualities you think this beer invokes? I said, ‘I think this is luscious,’ and my (adult) son said, let’s call it Lush Puppy. We all just kind of looked at each other and said, ‘That’s cute. Let’s go with it,’” Kaczeus said.

From there, Bootstrap turned to marketing artists at Moxie Sozo, the Boulder-based branding agency behind some other animal-themed labels, including the “crazy rabbits” of Insane Rush IPA. Moxie Sozo’s suggestion to use a two-thirds wrap matte-finish label, which extends to the top of the can, was ahead of its time, Kaczeus said.

“We said we need you to design a can that somebody’s going to want to pick it up and say, ‘What is this? I gotta try it.’ For the art, I told them I want a variety of different dogs .... but let’s throw a fox in there and a hedgehog, because hedgehog babies are called pups” she said. “And on every one of our cans we hide a cowbell (because) we love that ‘Saturday Night Live’ skit with Christopher Walken. We love having that motto, that our beer ‘Has more cowbell.’”

Lush Puppy recently was awarded a gold medal from USA Beer Ratings, a competition that considers not only a beer’s taste and quality but its price, value and the effectiveness of its packaging.

Kaczeus couldn’t say whether the artistic canines on Lush Puppy’s label were inspired by pop culture pups or Jeff’s dog. That’s a question for the artist, and one that’s probably more fun left unanswered.

Pam Grice was like a lot of people who love to crochet. She never thought you could make much money crocheting.