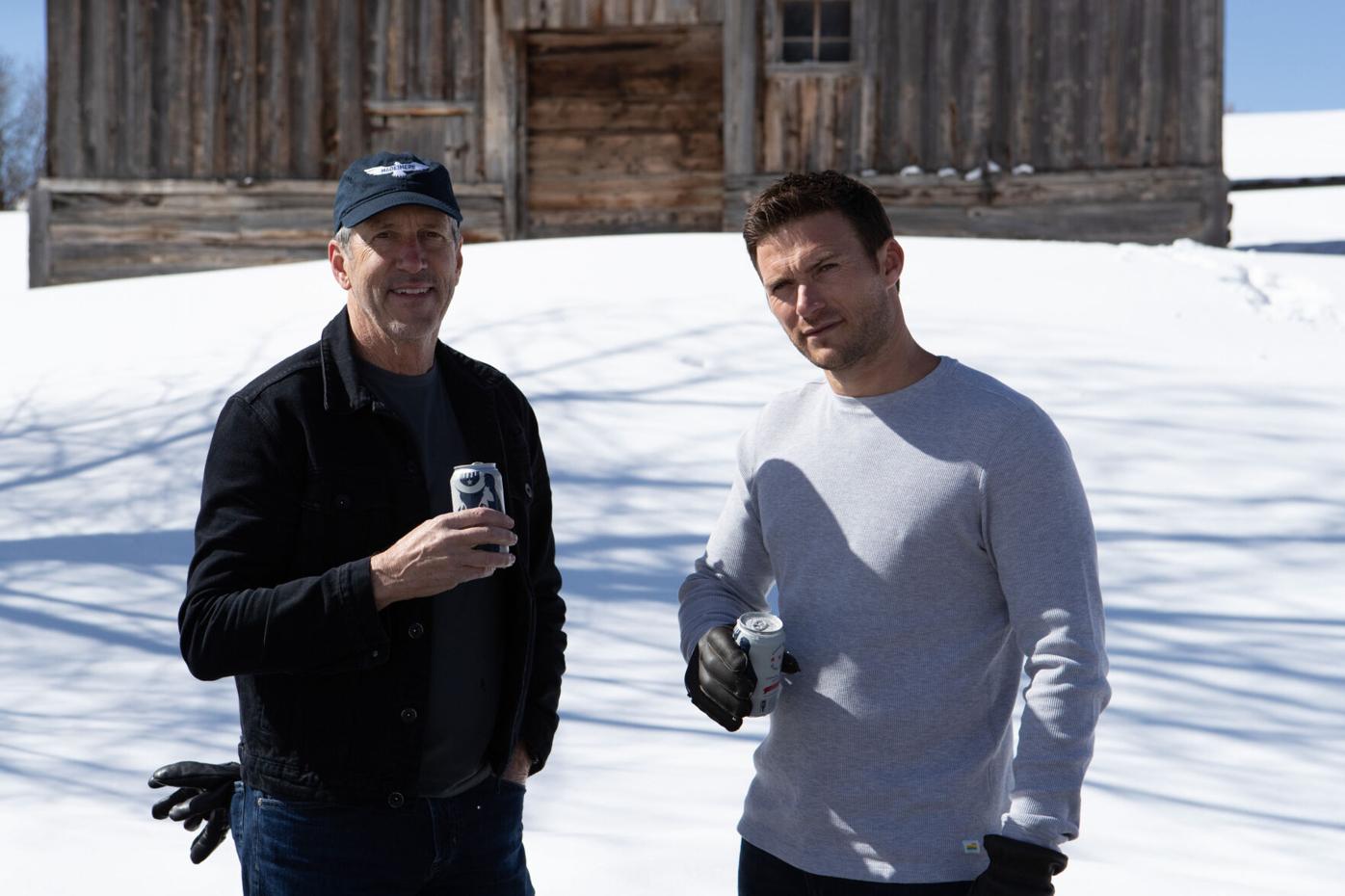 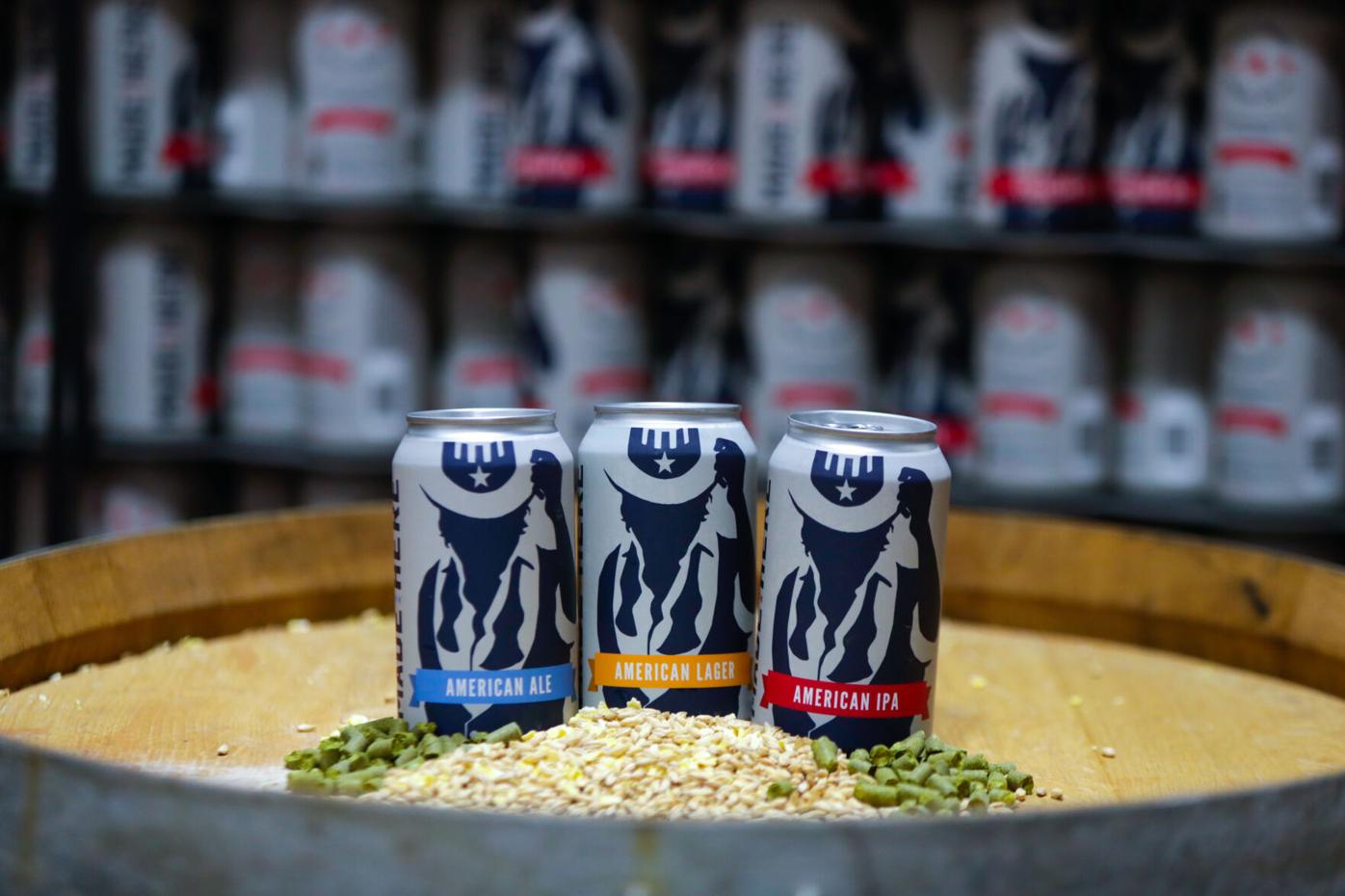 Made Here is envisioned as a nationwide craft beer brand for the masses.

Made Here is envisioned as a nationwide craft beer brand for the masses.

There’s a scene in the 2008 film “Gran Torino” in which curmudgeonly racist Walt Kowalski sits on his front porch quietly reflecting on life while slurping through a supply of Pabst Blue Ribbon. He only accepts a party invite from his Hmong neighbors after he realizes his cooler is empty, and as he later snags what looks to be a Tsingtao from their fridge, he says:

“Well, no Pabst, but plenty of beer.”

Because of course PBR is what Clint Eastwood’s character, a Korean War veteran and proud American, would drink. Beer that's 100% American made and owned.

These days, outside the craft sector, it's getting tougher to find.

Over the last two decades, many of the nation's most iconic brands have become subsidiaries of or merged with multinational entities, including Miller Brewing, Coors and Anheuser-Busch, which is owned by a Belgium-based company.

Scott Eastwood, actor and son of the Oscar-winning Hollywood icon, was in Denver last week to help launch a beer brand, Made Here Beer, that his dad — and even old Walt Kowalski — can continue to swig in style.

Eastwood and company co-founder Dane Chapin, of California-based Legacy Breweries — which owns Aspen Brewing and will soon add Basalt’s Capitol Creek Brewery to its portfolio — envision Made Here as a nationwide craft beer brand for the masses, made with all-American ingredients, parts and labor, and with flagship styles that boast everyman appeal.

American-made, “that’s our ethos. That is what we are through and through, from the cans to the hops to the barley. Every step of the process is made in America,” Eastwood said. “That’s why we started the company: We wanted to support our neighbors and breweries that stand behind their country and create really quality products that are made by American workers.”

Made Here has three flagships, an American Ale, American IPA and American Lager, which Eastwood said is his — and his father’s — favorite style.

“I’m a light beer guy. If I’m picking a beer, that’s what I’m going to be picking. I like a good, solid lager and I like ours a lot. It’s got a creamy element to it,” Eastwood said. “My dad is a big light beer guy, as well. I don’t think I’ve ever seen him drink an IPA.”

Made Here’s “entry-level” India Pale Ale could be a game changer, even for a diehard light beer fan, though.

“All of our beers are very drinkable, even the IPAs, very middle of the road, not too extreme,” Eastwood said. “Legacy Brewing has an incredible brewmaster and he hit the nail on the head. We fell in love with the beers out of the gate.”

After premiering in Colorado — a state with a “great beer culture” where the Texas-based Eastwood said he’s spent time snowboarding and, as a kid, white-water rafting — Made Here will roll out to other states, with a message that’s just in time for Fourth of July:

“There’s nothing more American than having a beer with your friends,” Eastwood said.

Or, as Walt Kowalski put it in “Gran Torino”:

“I might as well drink with strangers rather than drink alone.”

American-made, if you’ve got it.

Tickets are still available for this weekend’s MeadowGrass Music Festival at La Foret Conference and Retreat Center in Black Forest, which kicks off Friday with three days of live music (in a socially distanced setting/audience) and an afternoon beer festival Sunday.

To purchase multiday passes or a single-day ticket ($60.99 plus fee for Sunday), visit rockymountainhighway.org or download the Rocky Mountain Highway app from Google Play Store or iTunes. Online sales close Friday morning, but tickets will be available at the front gate.

Correction: A previous version of this story included incorrect information about the sale and ownership of Pabst Brewing Co. In 2014, the brewery was acquired by a consortium of investors led by Russian-born American beer entrepreneur Eugene Kashper, who had previously co-founded Cypress-based Oasis Beverages.

Jerry Flores is celebrating his 50th anniversary owning his barber shop, and touching many people's lives along the way.