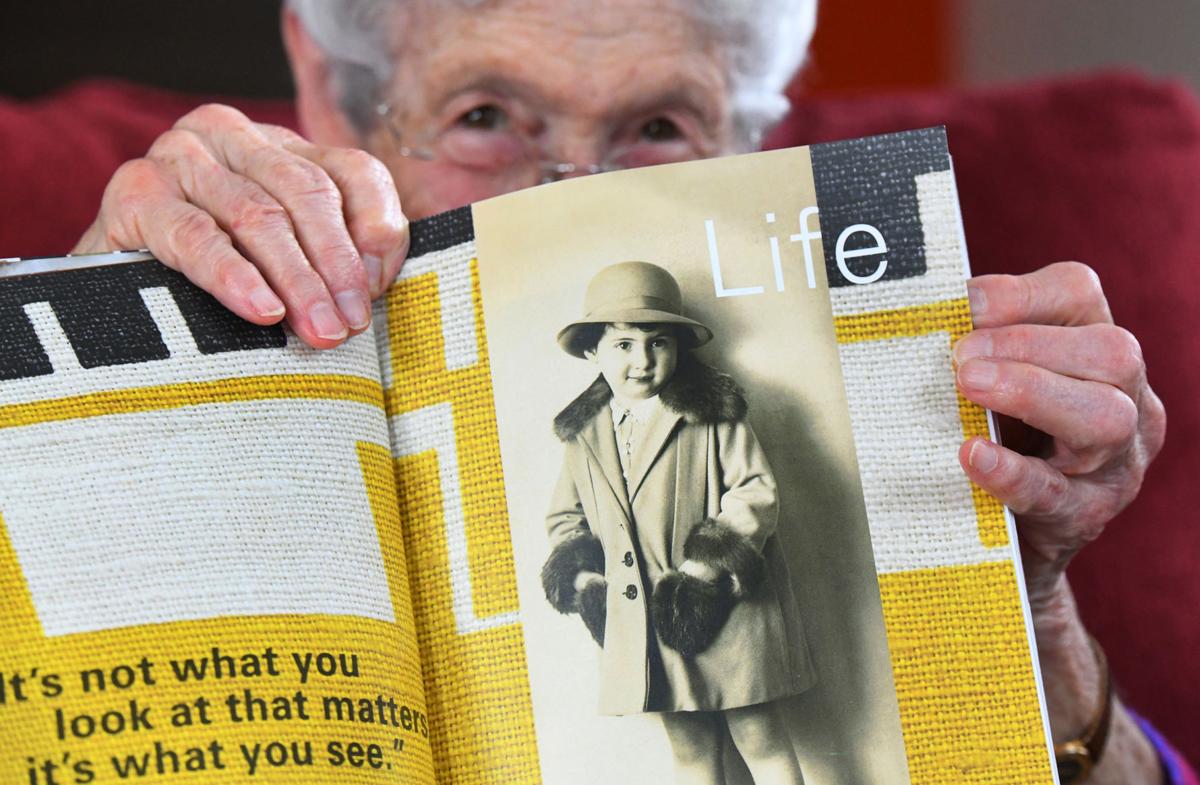 Ruth Adler Schnee started designing her clothes when she was 4. Her mother took the designs to Paris and had them made for her. A photo of her when she was young shows her wearing a coat that she had designed. 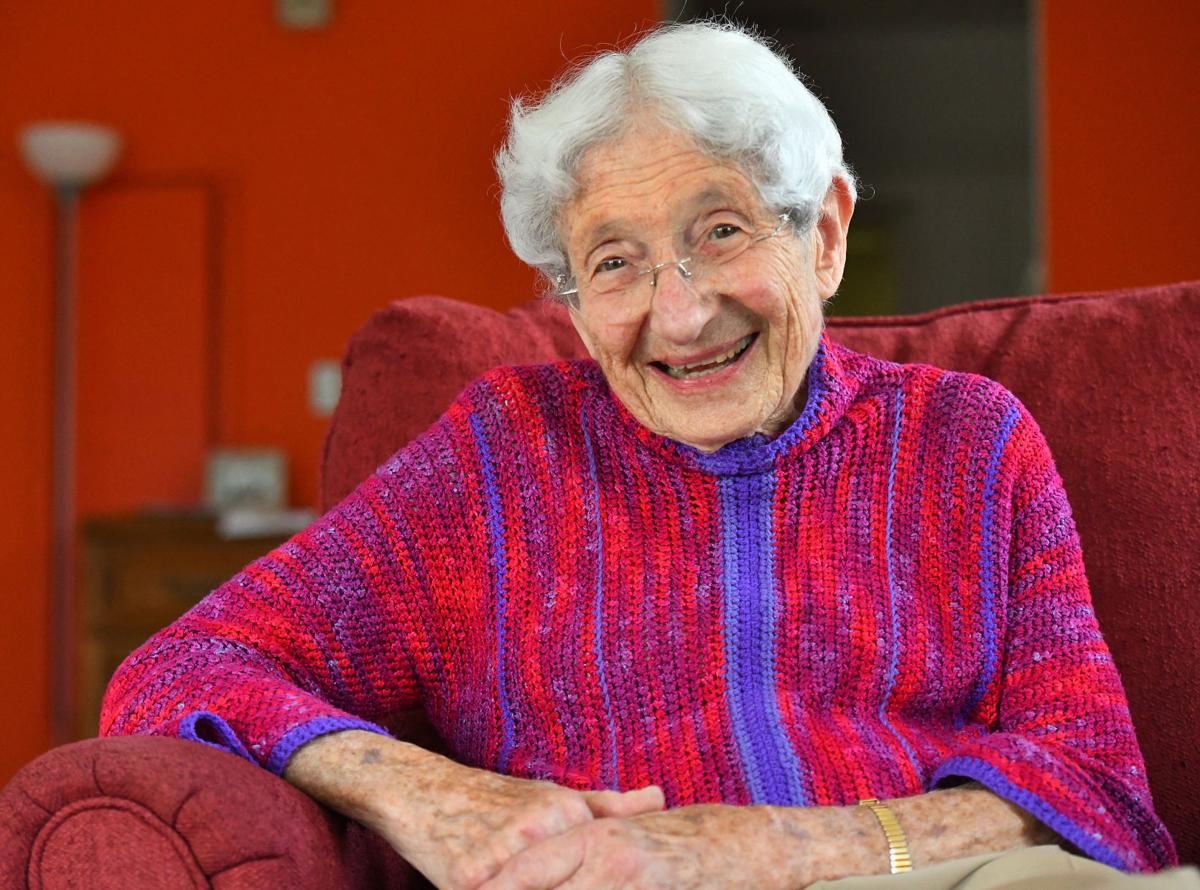 Ruth Adler Schnee, a 96-year-old pioneer in the male-dominated world of modern design, has worked with top artists and architects, including Frank Lloyd Wright. She moved to Colorado Springs to be closer to her family and now is seeing her work displayed as part of an exhibit at the Denver Art Museum through mid-August. 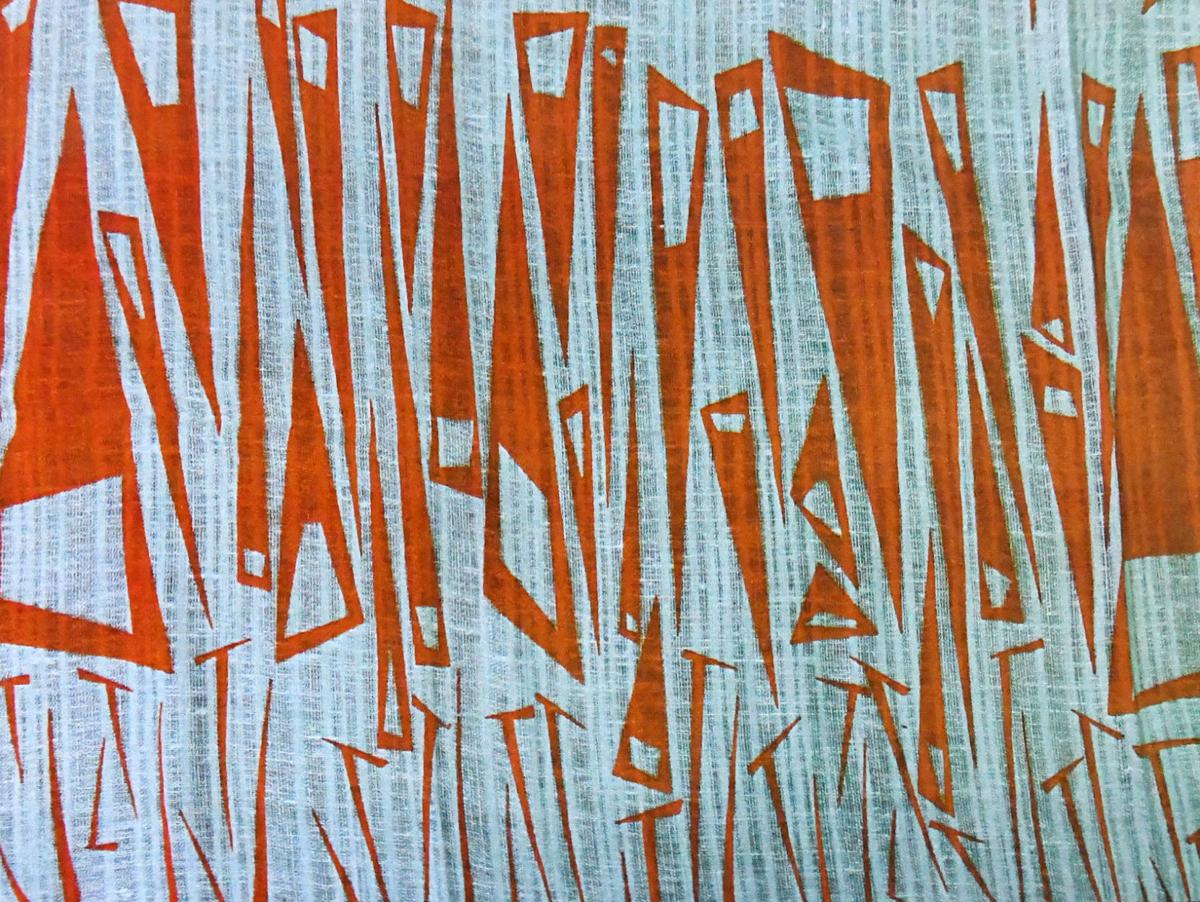 This 1949 textile design by Ruth Adler Schnee was inspired by sewing needles and her love for sewing. Schnee, who recently moved to Colorado Springs from Detroit, is among designers featured in the Denver Art Museum exhibit “Serious Play: Design in Midcentury America.” It’s up through Aug. 25. 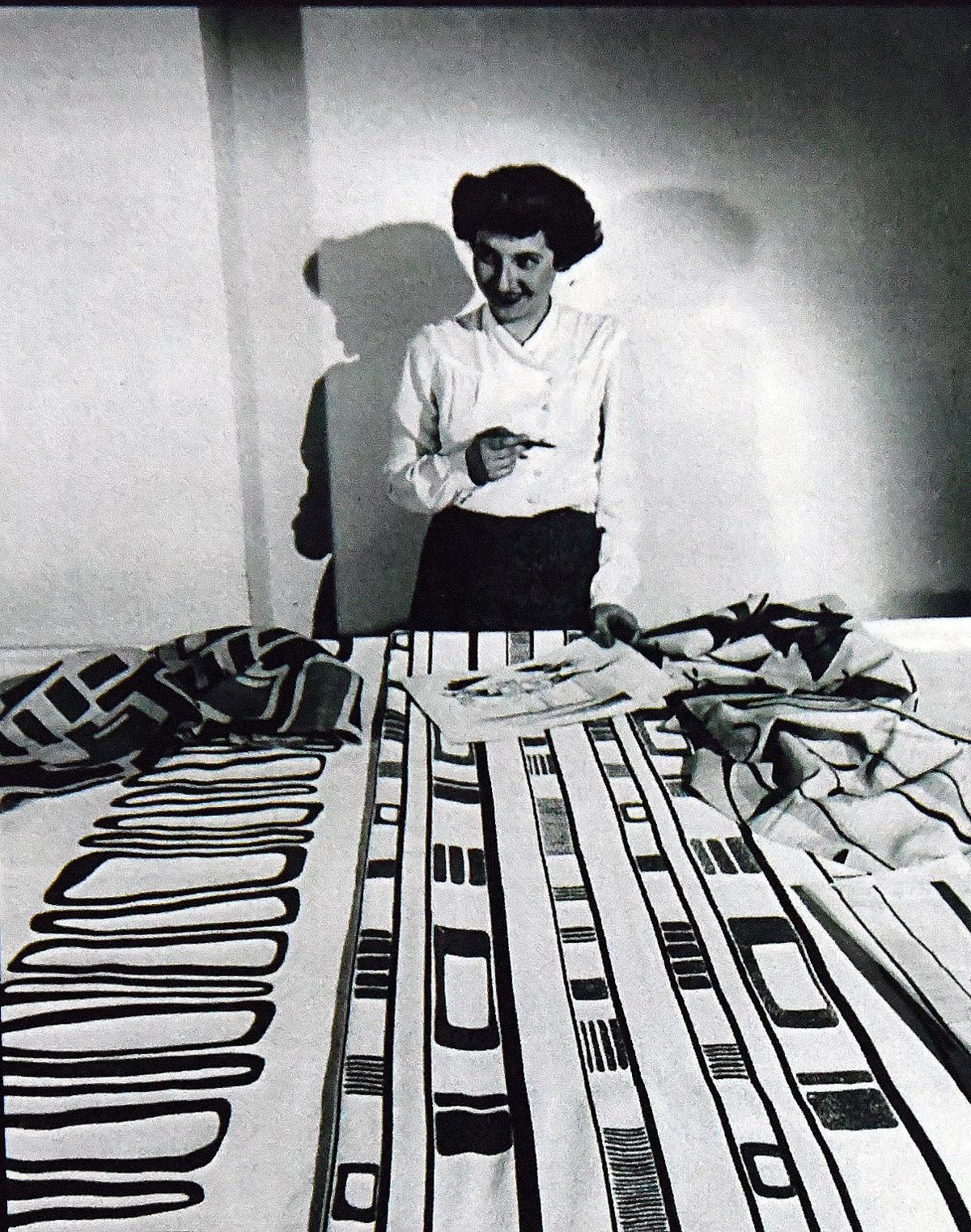 Top modern designer Ruth Adler Schnee is shown with some of her textile designs. 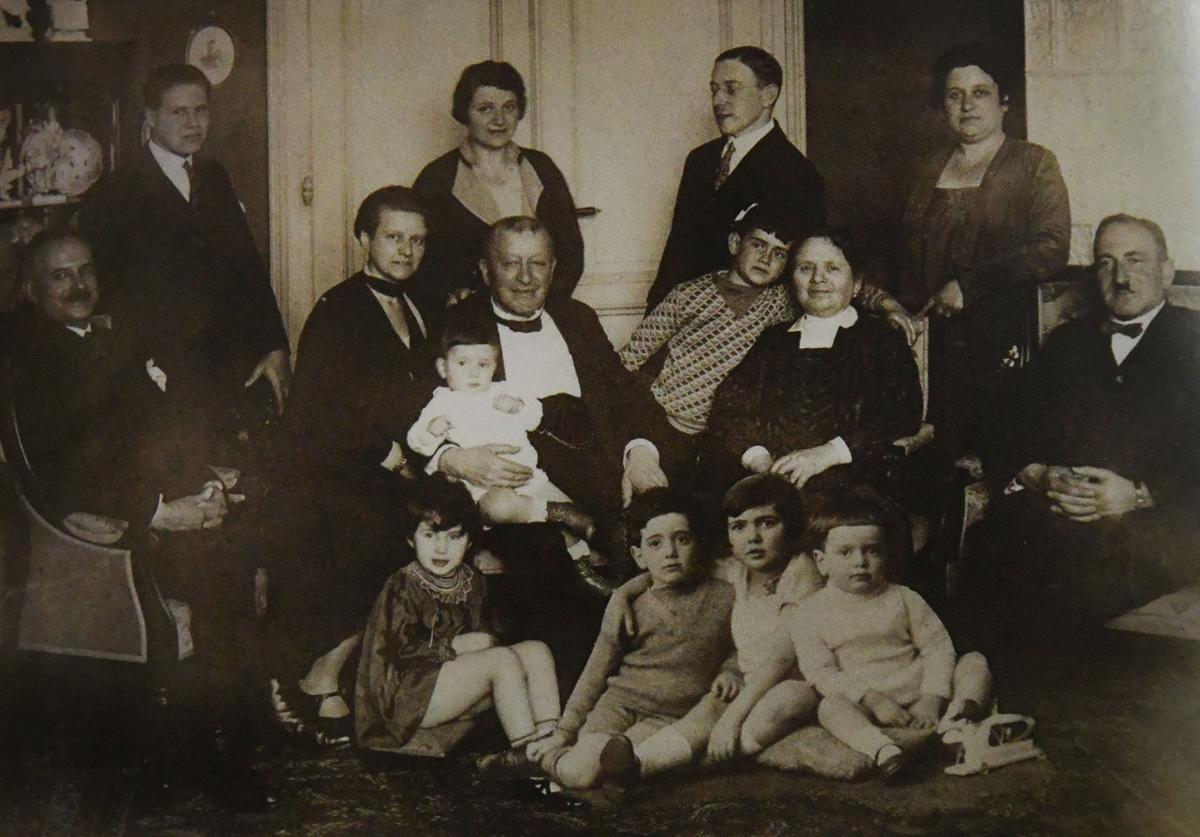 A photo taken before the Holocaust shows Ruth Adler Schnee (at left in front row) and her family. Several of her family members were killed in the Holocaust. 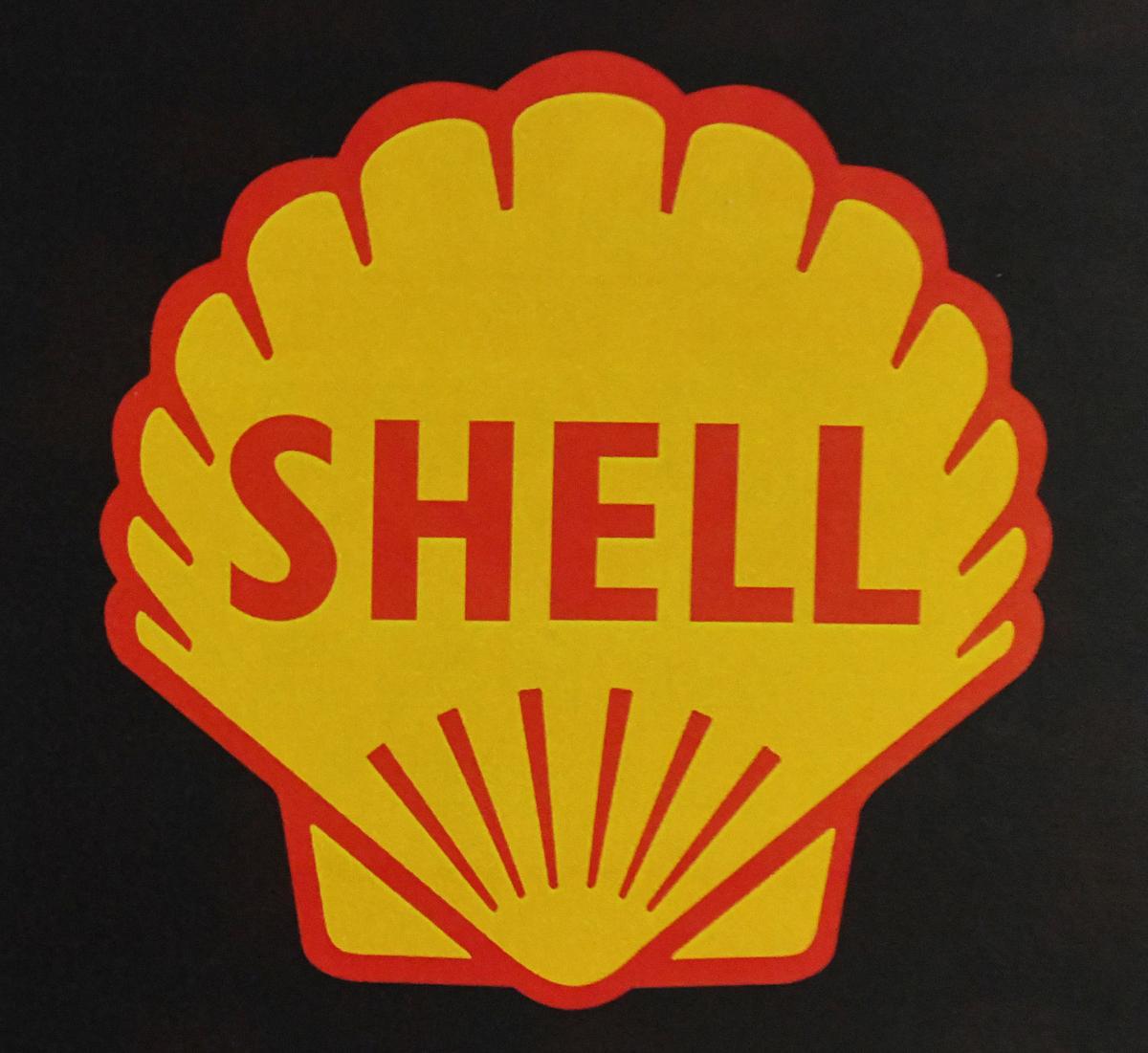 Ruth Adler Schnee spent one summer working for Raymond Loewy, an industrial designer perhaps best known for the Studebaker. She worked with him on the Coca-Cola emblem and the yellow and red Shell service station logo. 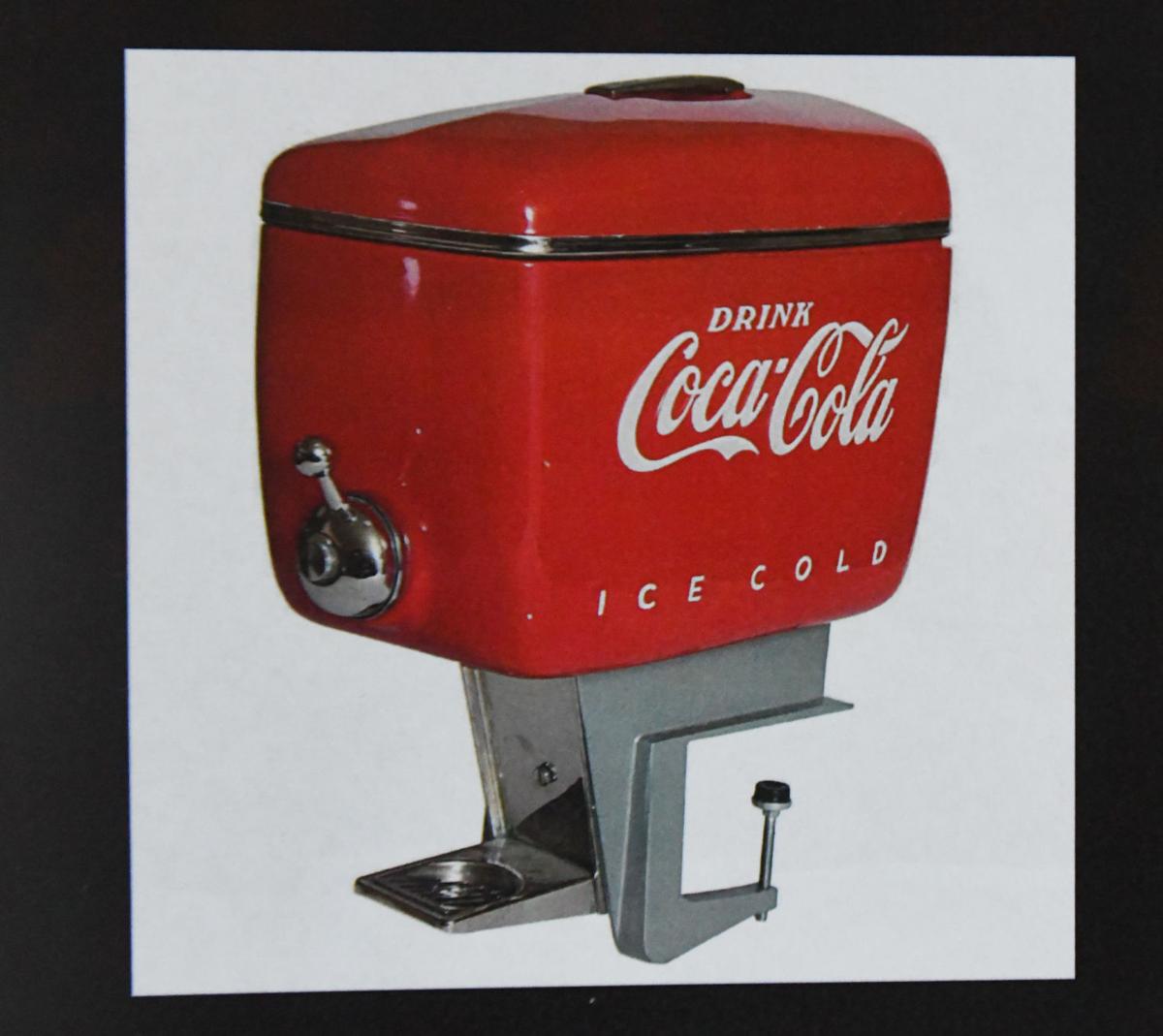 Ruth Adler Schnee contributed to the design of the Coca Cola logo. 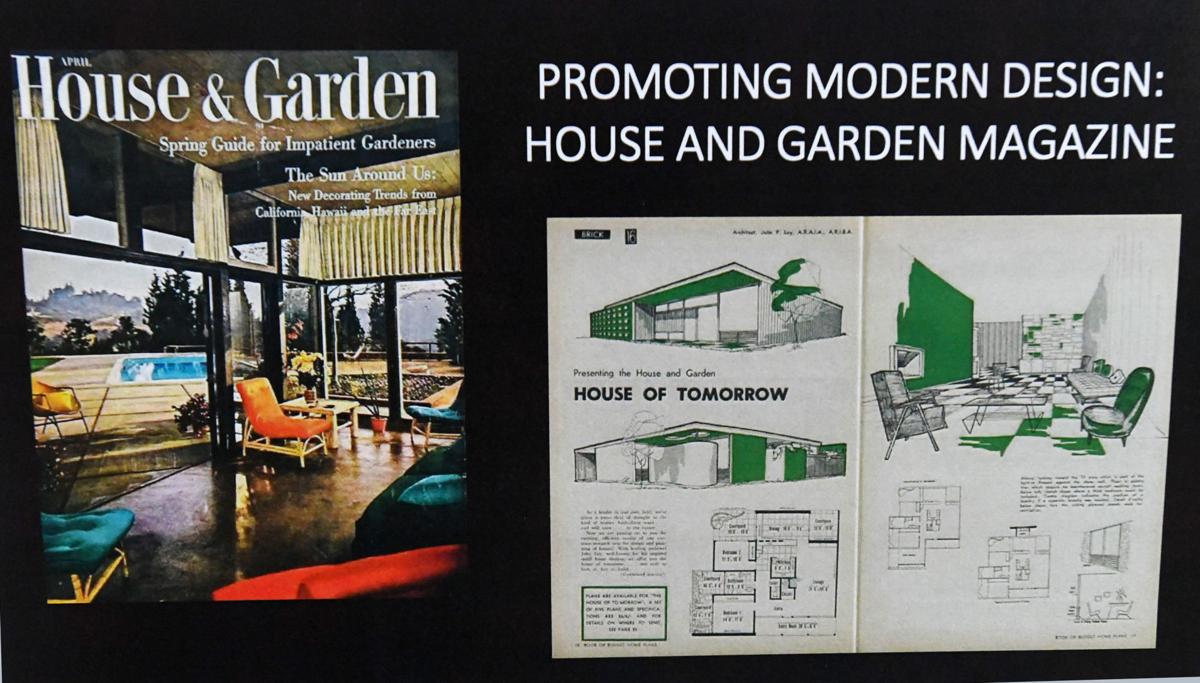 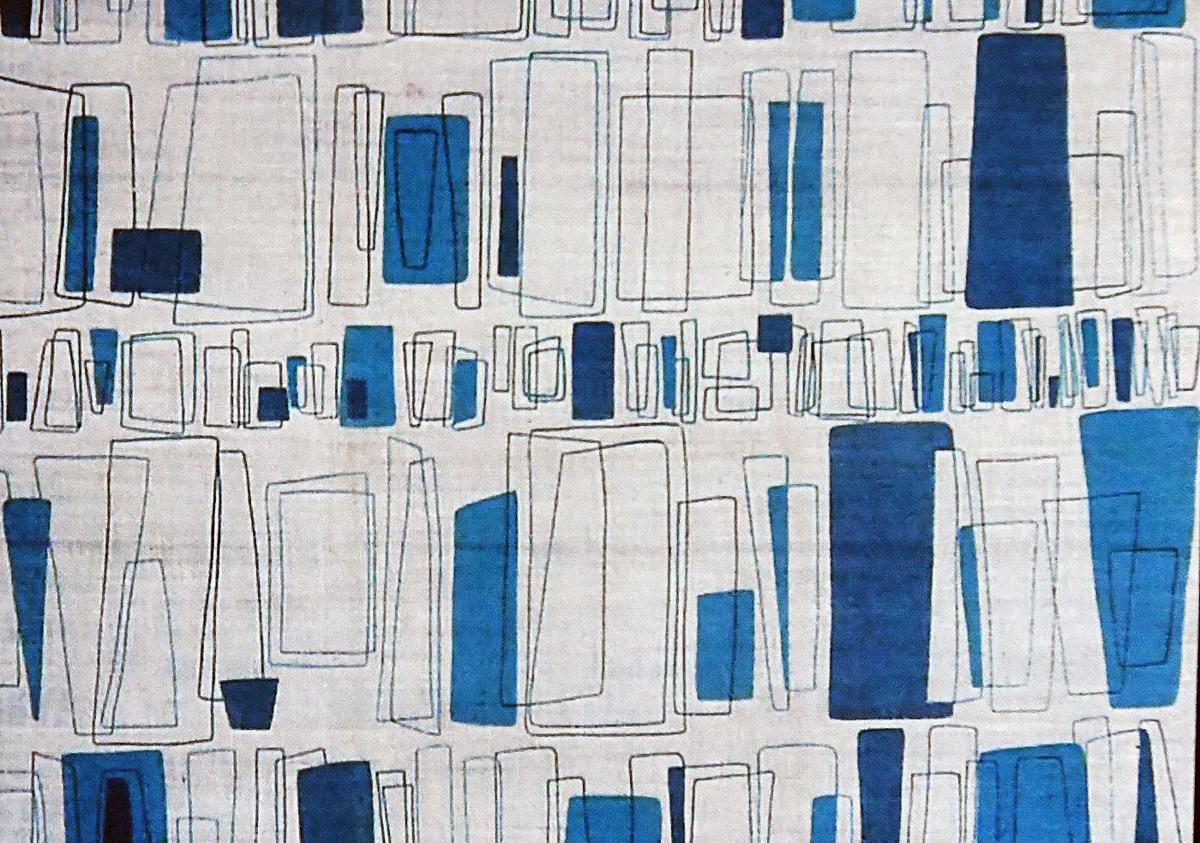 This 1940 textile design by Ruth Adler Schnee is titled Loopholes.

Ruth Adler Schnee, a 96-year-old pioneer in the male-dominated world of modern design, has worked with top artists and architects, including Frank Lloyd Wright. She moved to Colorado Springs to be closer to her family and now is seeing her work displayed as part of an exhibit at the Denver Art Museum through mid-August.

This 1949 textile design by Ruth Adler Schnee was inspired by sewing needles and her love for sewing. Schnee, who recently moved to Colorado Springs from Detroit, is among designers featured in the Denver Art Museum exhibit “Serious Play: Design in Midcentury America.” It’s up through Aug. 25.

Ruth Adler Schnee spent one summer working for Raymond Loewy, an industrial designer perhaps best known for the Studebaker. She worked with him on the Coca-Cola emblem and the yellow and red Shell service station logo.

Ruth Adler Schnee contributed to the design of the Coca Cola logo.

This 1940 textile design by Ruth Adler Schnee is titled Loopholes.

An artistic pioneer was born the moment Ruth Adler Schnee’s mother gave her a pencil and told her to sketch clothing designs for herself.

After the little girl dreamed up coats and dresses, her mom took her sketches to Paris, where she went every spring to get a new wardrobe, and had the designs brought to life. Her mother had studied calligraphy at the Bauhaus influential modern art school in Germany and hobnobbed with the likes of artist Paul Klee.

It’s an unusual tidbit about a precocious preschooler, but Schnee, a petite 96-year-old with closely cropped white hair, shrugs it off, as though perhaps all little kids have the artistic wherewithal to create their own wardrobes.

Schnee, a legend in mid-century modern design, moved to Colorado Springs from Detroit last year to be closer to her youngest of three children and three of her seven grandchildren. The tiny lady with huge chutzpah overcame two substantial obstacles — being a woman and a Jew — to make a name for herself in the world of textiles.

The landscape of her life reads like a history book, with her family’s escape from the Holocaust and Schnee’s collaborations and friendships with a veritable who’s who in architecture and design, including Frank Lloyd Wright, Alexander Girard, Eero Saarinen, Charles and Ray Eames, Raymond Loewy, Minoru Yamasaki and Buckminster Fuller.

Her work, along with that of Girard, Eames and others, is featured in the Denver Art Museum exhibit “Serious Play: Design in Midcentury America.” It’s up through Aug. 25.

“While she was rejected by architectural firms, she never gave up — and managed to break the ‘glass ceiling’ and to succeed as a designer,” said Deborah Lubera Kawsky, an art historian and author. “She’s the only one left to tell the tale of this great era.”

Tucked into a gorgeous crocheted sweater of cranberry, raspberry and electric blue, Schnee perches on a couch in her stark white living room in a retirement community. Her furniture has yet to arrive from Michigan, so she’s making do with the building’s nice but staid furnishings. She misses her Detroit condo’s personality; she decorated it herself, naturally. Her first order of business upon arriving in the Springs was to ask that the large column separating the kitchen from the living room be painted a cheery pumpkin. Her life’s work, after all, can be defined by eschewing traditional design and pursuing bold colors and patterns of geometric and abstract forms, often inspired by the natural landscape.

“You just have to look at things. Everything is designed,” said Schnee. “My biggest criticism of American education is the schools don’t teach children to look and to see things, because design is all around us. You just have to go outside and look.”

Perhaps Schnee’s doggedness in her career was acquired through osmosis from her mother, who managed to get her husband released from the Dachau concentration camp while the family still lived in Frankfurt. They fled in 1939 after their house was destroyed during Kristallnacht, Nov. 9-10, 1938, when Nazis attacked Jews and their property.

“Life in Germany was unbelievable,” said Schnee. “The Adler family has lived in Frankfurt since 1200, and we have tombstones still in the Jewish cemetery. We were in the same business for 500 years, and then Hitler destroyed everything.”

Her mother arranged for the family to emigrate to America, choosing Detroit because a cousin lived there. That was a happy accident, as Schnee entrenched herself further into art at the excellent Cass Technical High School. Later, she received a full scholarship to the Rhode Island School of Design, where she studied architecture and earned a bachelor’s in fine arts in 1945.

She spent one summer working for Loewy, an industrial designer perhaps best known for the Studebaker. Although he wasn’t hiring women, Schnee worked alongside him on the Coca-Cola emblem and the yellow and red scallop Shell service station logo used by Royal Dutch Shell.

She designed an apartment in the Waldorf Astoria hotel during her time in New York, and she met Minoru Yamasaki, who became a life-long friend and collaborator, before receiving a fellowship to Cranbrook Academy of Art in 1946, one of the world’s premier art academies. She earned a master’s of fine arts in design, one of the first women to receive the degree.

After the trauma of World War II, an appetite for decoration, patterns and color emerged around the country. Schnee and other designers of the late ‘40s and ‘50s tapped into this hunger.

“She was in the right place at the right time, around the right people and in the right environment,” said Darrin Alfred, co-curator of the DAM exhibit. “Her designs were like many other textile designs at the time — very attractive, abstract and figurative, whimsical and playful. There was a charming nature to them. She strikes a balance between everyday influences and the degrees to which she abstracted them.”

She met Edward Schnee, her husband of 52 years, through a family friend. “I thought he was wonderful. He was a Yale graduate and had a wonderful sense of humor.” They opened Adler-Schnee, a modern design and home furnishings store in Detroit. The problem? Nobody bought their items.

During a visit with the Eameses, iconic husband and wife industrial designers, Edward told them he and his wife loved what they were doing and their ability to educate the public about modern design, but sales were at a standstill.

“(Charles) Eames said, ‘If it’s well-designed, it will sell,’” said Kawsky. “Ruth always laughs. She said, ‘Nobody told us it would take 50 years.’”

Ruth’s life is a tapestry of juicy anecdotes. The Chicago Tribune competition “Better Homes for Better Living” earned her an honorable mention for her design of a modern house. Afterward, a company that designed auto showrooms asked to produce her designs. She didn’t know how to make the textiles, she told them, so they offered her money to learn.

“She’s resilient, and when she gets a chance to do something, she’s determined and follows through,” said Kawsky. “She taught herself to silkscreen and started producing textiles.”

Then she worked with Wright on the historic Affleck House in Michigan.

“He did not like women interfering with his work,” said Ruth. “But I found when you explained to him why you don’t like these tiny dark bedrooms he designed, he listened. And he made changes.”

Not so with Yamasaki. “I walked out of one of his meetings in tears because he was absolutely ruthless. It wasn’t just my work, but anybody’s work who suggested certain design changes.”

Nonetheless, she got along with the American architect, who designed the original World Trade Center in New York City. Ruth worked with him on the project, specifying the interior finishing materials for the lobby.

“When that plane ran into that building, I was hysterical. I’ll never forget that.”

She and Yamasaki also worked together on a gynecology clinic while she was pregnant with her youngest. After three pregnancies, she was all too familiar with the experience of lying on an exam table staring up at the pipes. To liven things up, she suggested a wallpaper of pregnant birds be used on the ceiling.

“And Yamasaki had a fit,” she said. “He said, ‘Absolutely not.’ Doctors went by what the architect said, not what I said. But years later, I met one of the doctors, and he said: ‘We built another clinic on the east side of Detroit, and we used the birds. And the birds were such a success. The women called us and thanked us for putting something interesting on the ceiling.’”

On being a woman

As one of the only women in her field, her contributions are noteworthy. Even after being rejected from architecture jobs, she refused to give up, said Kawsky. And she always said yes to any opportunity.

“She’s not been afraid to stand up to some of the designers and do what she feels is her right,” Kawsky said.

Of course, the reserved artist brushes off her ability to persevere through pushback from men.

“I disregarded it. I really think I got along with them. That wasn’t a problem.”

Ruth’s productivity has continued into her later decades. In her 80s, a good portion of her work was reissued, and she was commissioned by KnollTextiles and Anzea Textiles to create custom fabrics. She stopped working immediately before arriving in the Springs, but when asked if she’ll get back into it, she offers a quiet “Probably.”

“With her bold colors and patterns and textiles, she’s known for being a pioneer in introducing that to the American public,” said Kawsky. “The fact they’re still being reissued today shows they have a timeless quality.”