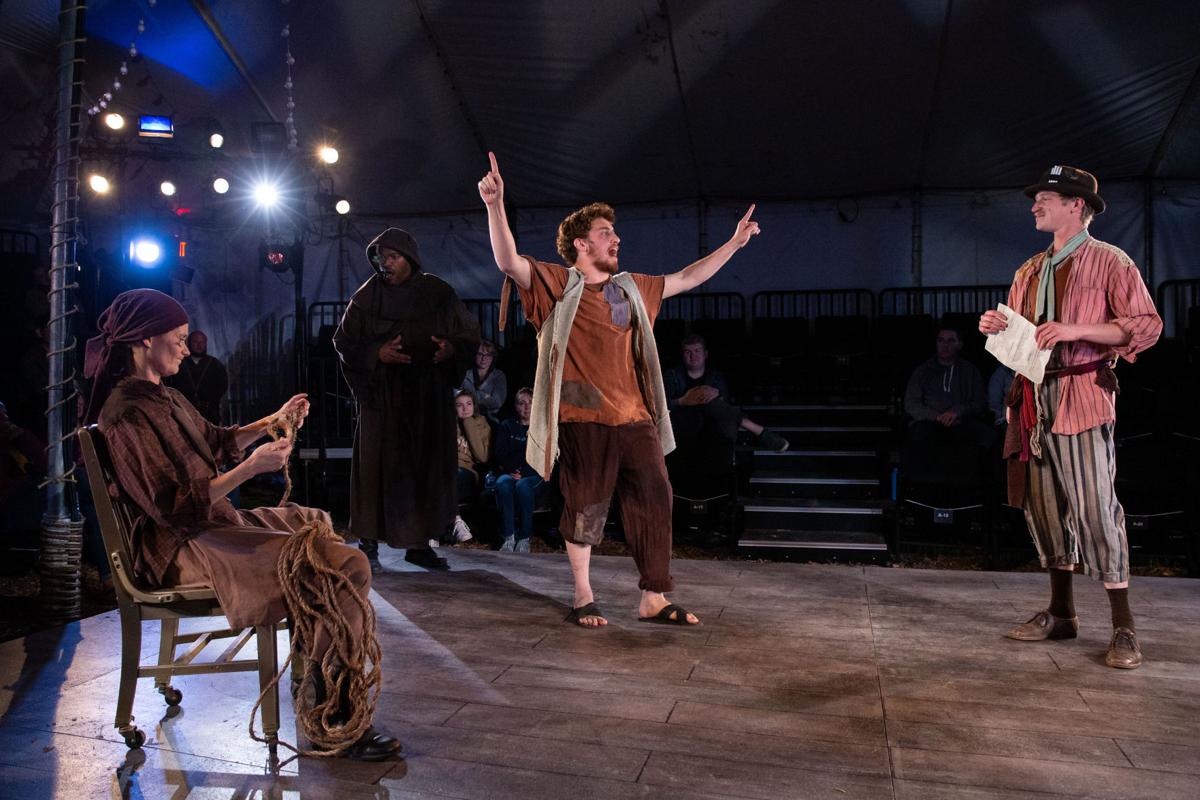 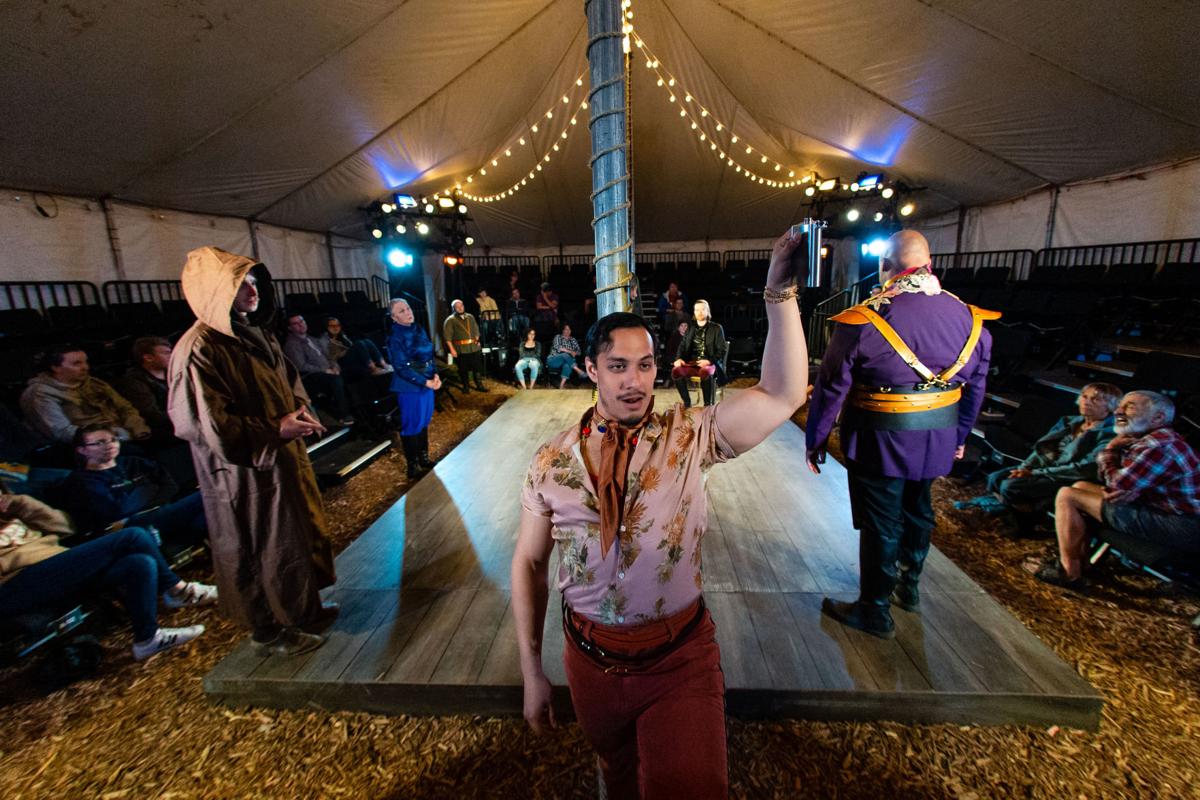 A scene from Shakespeare’s “Measure for Measure.” 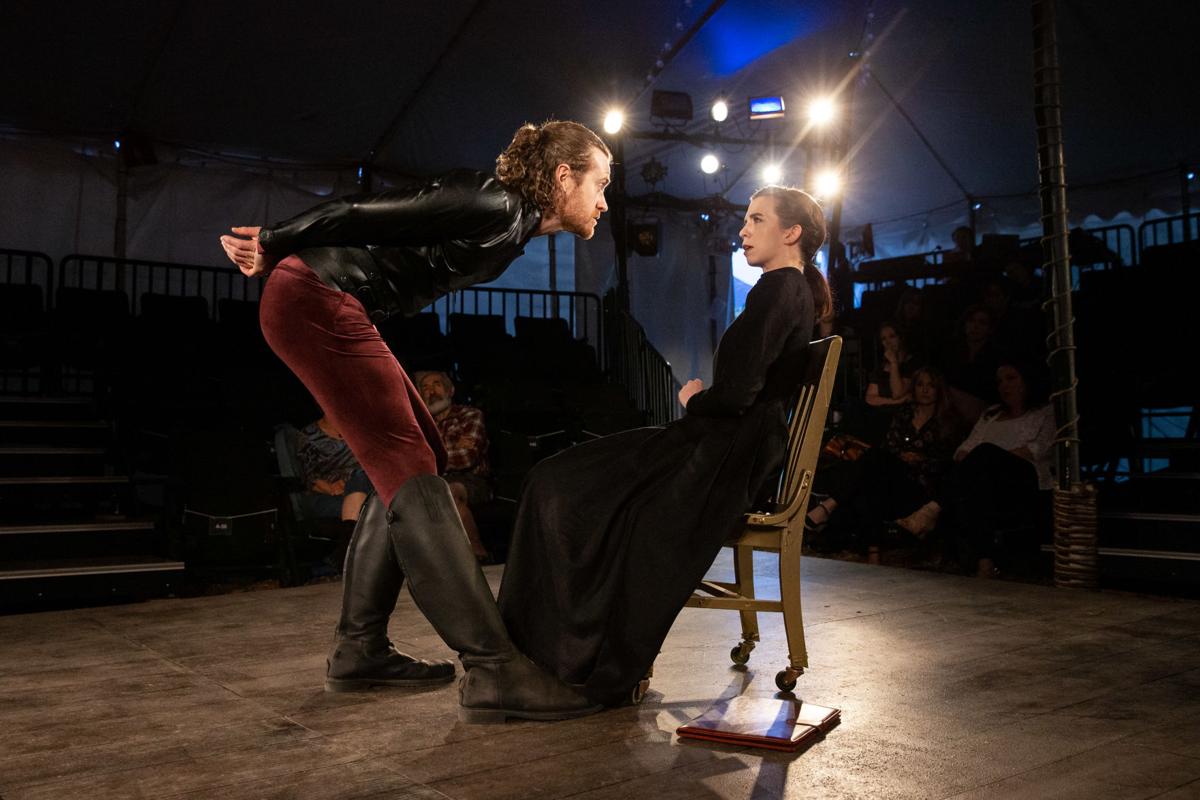 Angelo and Isabella in a confrontation.

A scene from Shakespeare’s “Measure for Measure.”

Angelo and Isabella in a confrontation.

The University of Colorado at Colorado Springs’ robust theater program and outreach Theatreworks have come together to bring to life “Measure for Measure” by William Shakespeare for the first time.

Isabella (Annie Barbour), who is seeking to become a nun, is caught in a moral dilemma as she tries to save the life of her brother, Claudio (Nels Jacobson II), who has been sentenced to death for impregnating the woman he hoped to marry. The Duke of Vienna (Abner Genece) has left, with hopes that the honorable Angelo (Matt Holzfeind) can enforce laws that have been long neglected. But Angelo begins to lust for the innocent Isabella, and he offers her a trade: her virginity for her brother’s life. Isabella, with help from the Duke disguised as a friar, tries to trick Angelo and right this terrible wrong.

Like many of Shakespeare’s plays, this show is quite convoluted. The Duke’s disguise becomes absurd, as he seems to go out of his way to avoid recouping power for as long as possible, even using Mariana (Bernadette Sefic) to stand in for Isabella, for Mariana once was engaged to Angelo and still loves him. After this fails, the Duke tells Isabella that her brother has died, even after forbidding the provost to allow the execution. Confused yet? You should be.

But that frustrating aspect of the show comes from the playwright rather than the actors. Barbour as Isabella is a compelling ingénue, doing her best to maintain her own soul while preserving her family. Her small frame complements the role well, as Hozfeind’s Angelo towers over her.

Throughout the performance, the actors engage with the audience, using the intimate space to make viewers feel as if they are brought into the action.

This comedy has several dark notes.

The characters are placed in horrible situations in which they must balance morality with practicality, with mortal consequences.

Still, there is humor to be found. Pompey (Colton Pratt) is a pimp who is brought before the law several times by Elbow, the Duke’s constable (Jessica Austgen). Pratt is relaxed and sly; Austgen is flustered and tense. The two engage in great physical comedy, lightening dark moments in the show. In one memorable scene, Pratt catches a cigarette in his mouth after throwing it into the air, spurring the whole audience to cheer.

This show is well done as a traditional performance in a “tent in the round”with minimal props and staging. Theatergoers need to keep a quick wit and an active imagination to follow the plot, but Shakespeare fans won’t be disappointed.

Promoter apologizes for Billy Ray Cyrus concert in Colorado Springs, but no refunds