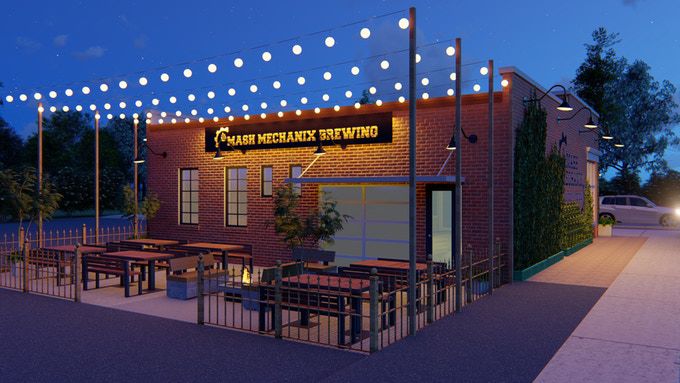 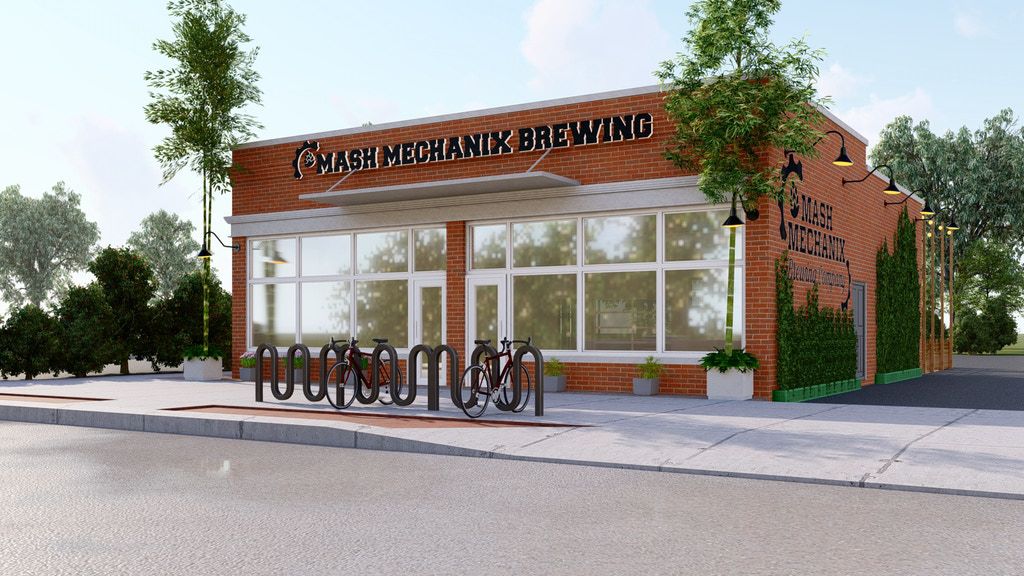 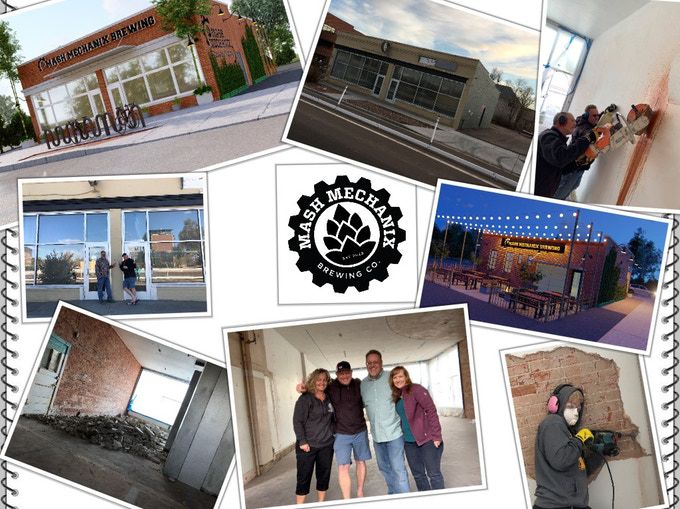 As a middle school science teacher in Colorado Springs, Leif Anderson is accustomed to directing his charges’ attention to the board.

If things go according to schedule, he’ll be issuing such instructions to a slightly more age-advanced audience come summer break, when the brewery he co-owns on the eastern fringe of downtown opens for business.

Mash Mechanix Brewing Co. is taking shape inside a century-old building on East Pikes Peak Avenue that once held a scooter shop, tattoo parlor and, most recently, a church. The property, which includes two storefronts, had been vacant for at least 10 years before Anderson and his business partner, Ryan Close, leased it last October to house their startup.

“It’s an empty building. No gas, no water, nothing yeah. It’s really been a slow process because of having to do so much work to bring this building back, and back to its original splendor,” said Anderson, whose adjusted timeline now foresees a June opening date.

Anderson and Close stuck up a friendship in grade school in Arizona and picked up the entrepreneurial conversation after they both found themselves in Colorado.

“We’ve always just been gearheads, raced cars, do-it-yourselfers, build this, build that, fix that,” he said. It was an attitude that translated perfectly to brewing, said Anderson, who teaches science at Jack Swigert Aerospace Academy and is Mash’s brewmaster.

The startup’s name, Anderson said, channels the DIY spirit that keeps a person striving, and tweaking, for perfection. “You’re always working, fine-tuning, and adjusting the mash for your beer. We’ve kind of done it all ourselves, and we kind of wanted to carry it over to the brewery, that we’re doing as much as we can ourselves, repurposing instead of just going out and buying,” he said.

The brewery’s tables will be made from former bowling alley lanes salvaged locally. The pews are from a Denver church that was selling them off, and the tap handles will be made of recycled NASCAR parts.

Close now lives in Utah, where he moved for his day job in IT, leaving Anderson to handle buildout at the site with third partner and Springs contracting company owner Kevin Olsen.

The partners’ hands aren’t the only ones going into the creation of the planned “community brewery.” Potential future patrons are lending a hand, and getting those hands dirty. On a recent weekend, volunteers showed up to help clear debris after demolition of the floor in the northwest corner that will house the future brewhouse.

“That’s how we got the concrete out one day. They showed up and, man, we just had people hauling concrete out, brick by brick,” Anderson said.

Volunteers also helped clean up after an inch of plaster was ground off to expose the original brick walls.

“Everybody came in and they scrubbed and cleaned,” said Anderson, who usually provides a volunteer day repast of a basic lunch and samples of Mash’s brews. Keep an eye on the brewery’s Facebook page for upcoming opportunities.

If sweat equity isn’t your bag, the brewery’s also running a Kickstarter fundraiser that comes with some graft, and interesting perks, for donors. There’s a range of sponsorship tiers, but those who commit at least $500 can add their name to an indelible part of Springs history.

“Part of the Kickstarter campaign is ‘Name the Crack,’ where they (donors) get to put a name on one of the bricks by that crack in the wall,” said Anderson, pointing to a rift high up in the brick that was revealed during renovations. “It’s not structural, so at first we were, like, do we fix it? Try to hide it?” said Anderson.

Ultimately, they decided to roll with it. Flaws aren’t necessarily flaws if you decide to embrace them. How do you think sour beers came about?

“It’s part of the character of the building,” Anderson said. “So it’s kind of a fun thing we decided to go with, and make it part of the campaign.”

If you’re like me, the new (ab)normal of pandemic life got significantly more real Monday, March 16, when Gov. Jared Polis decreed a 30-day mo…