The Alexander, 3104 N. Nevada Ave., is a joint venture by Blackhat Distillery and The Public House Pub and Grill. The historic property at 3104 N. Nevada Ave. will be the second location for both local businesses and will eventually house the distillery’s production facility.

In front, from left, Matt McCartan, lead bartender Stephanie McNamara and Joe Koscove pose in The Alexander. McCartan and Koscove acquired the building in May. A grand opening for the joint venture is Sept. 25. 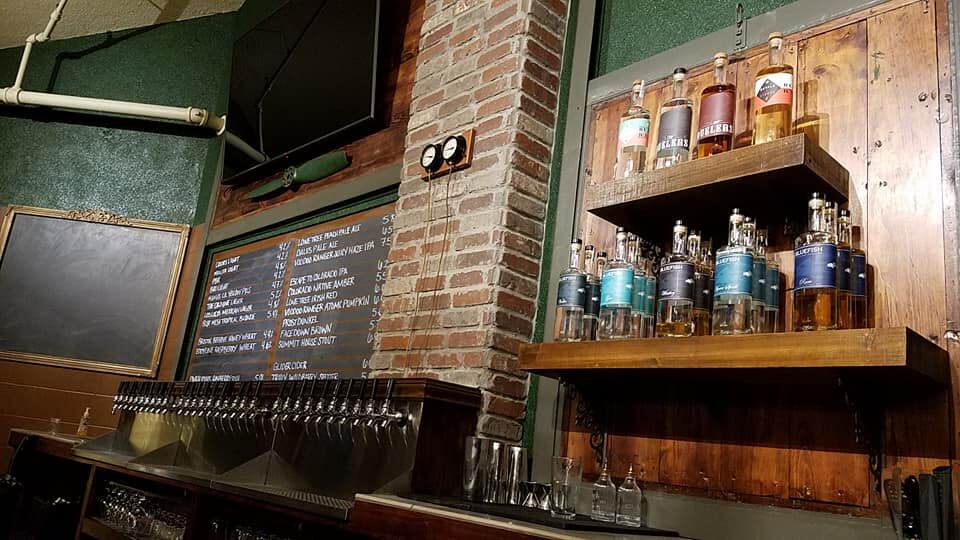 The Alexander opens Sept. 25 as a joint venture by Blackhat Distillery and The Public House Pub and Grill. The historic property off N. Nevada Ave. will be the second location for both local businesses and will eventually house the distillery’s production facility. 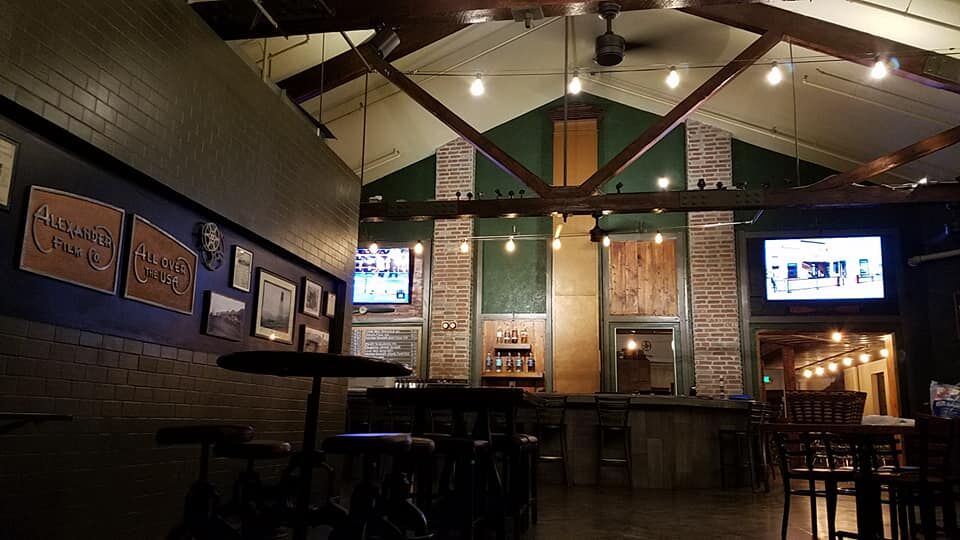 The Alexander opens Sept. 25 as a joint venture by Blackhat Distillery and The Public House Pub and Grill. The historic property off N. Nevada Ave. will be the second location for both local businesses and will eventually house the distillery's production facility.

The Alexander isn’t quite ready for its closeup — for that, you’ll have to wait until Sept. 25 and the grand opening at 3104 N. Nevada Ave. A preview earlier this month offered a sneak peak of what’s to come in this fresh reboot at a former Colorado Springs film studio that once was the largest of its kind in the world.

Founded in Spokane, Wash., in 1919, Alexander Film Co. helped pioneer the idea of advertising shorts, creating brief commercials that would air in movie theaters for companies such as General Motors and Ford. When the concept took off, the company expanded and eventually settled in the Springs, on a 260-acre compound that grew to include multiple installations as well as its own airstrip.

“They were so large they founded the Alexander Aircraft Co. They were building their own airplanes to fly their own equipment around, and this (building we’re in) was actually their service department,” said Matt McCartan, of The Public House Pub and Grill.

The site also was home to 32 movie sets, labs and departments that produced cutting-edge audio, film and animation, and, at its peak, employed some 600 local workers.

“We’re trying to play a lot off of that history and have brought a lot of the old pictures back in, got some of the old artifacts and old movie projectors, just trying to revive that story,” McCartan said.

The reenvisioned “Alexander Building” is a joint venture by The Public House and Blackhat Distillery, and their respective owners and good friends, McCartan and Joe Koscove. The 18,000-square-foot space will be the second location for both Colorado Springs businesses and will eventually house the distillery’s production facility.

“When we open, we’re going to be one of the biggest in the state . producing 25,000 bottles per week. That’s a lot of booze,” said Koscove, whose distillery will mark its second anniversary Saturday.

Alexander Film Co. thrived in the Springs until the late 1950s, when its star began to fall thanks to changing times and information delivery systems.

The property was eventually carved up, and the barebones services building at 3104 N. Nevada became a warehouse and industrial storage. In 2017, the family who’d long operated a tile business out of part of the building launched a massive renovation, creating a German-themed, craft-focused destination, Tap Traders.

Tap Traders closed during the pandemic, and Koscove and McCartan acquired the building in May.

“We kind of gave the whole place a facelift, did some brickwork, brought back some of those warmer colors, those historical references,” said McCartan. “It’s been a fun project, and now we can’t wait to get the doors open.”

The hops have landed | Pikes Pub

The most exciting thing I ever found growing in a garden patch was definitely not planted there. I was maybe 10 years old and parted the leave…