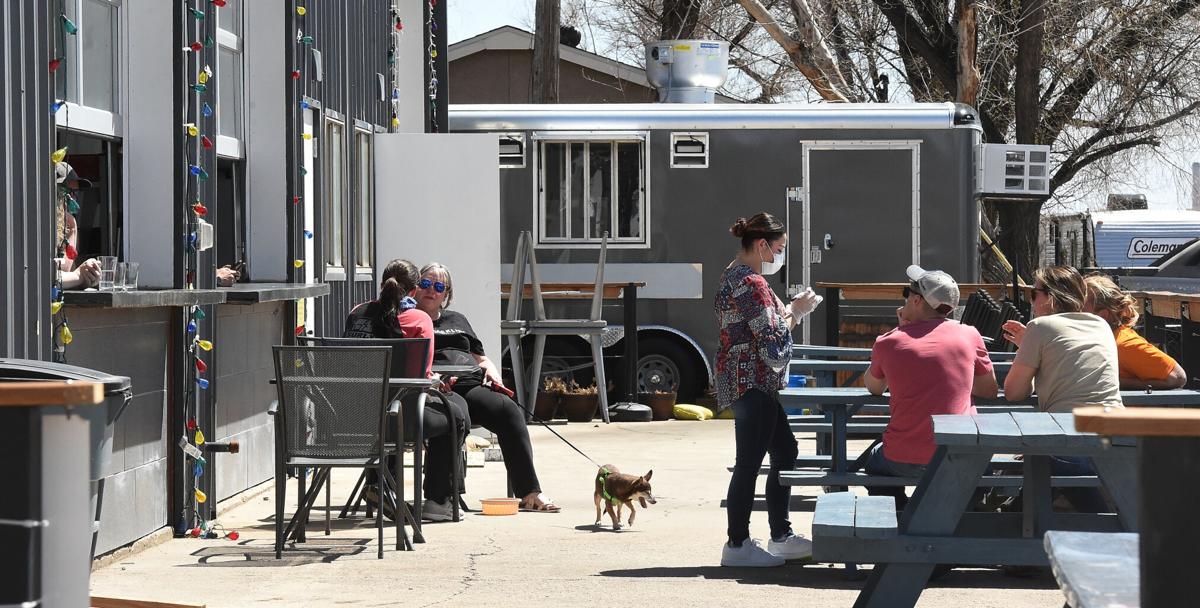 Customers enjoy a sunny afternoon at the Peaks N Pines Brewing Co. In the background is the food truck that is owned by the brewery. 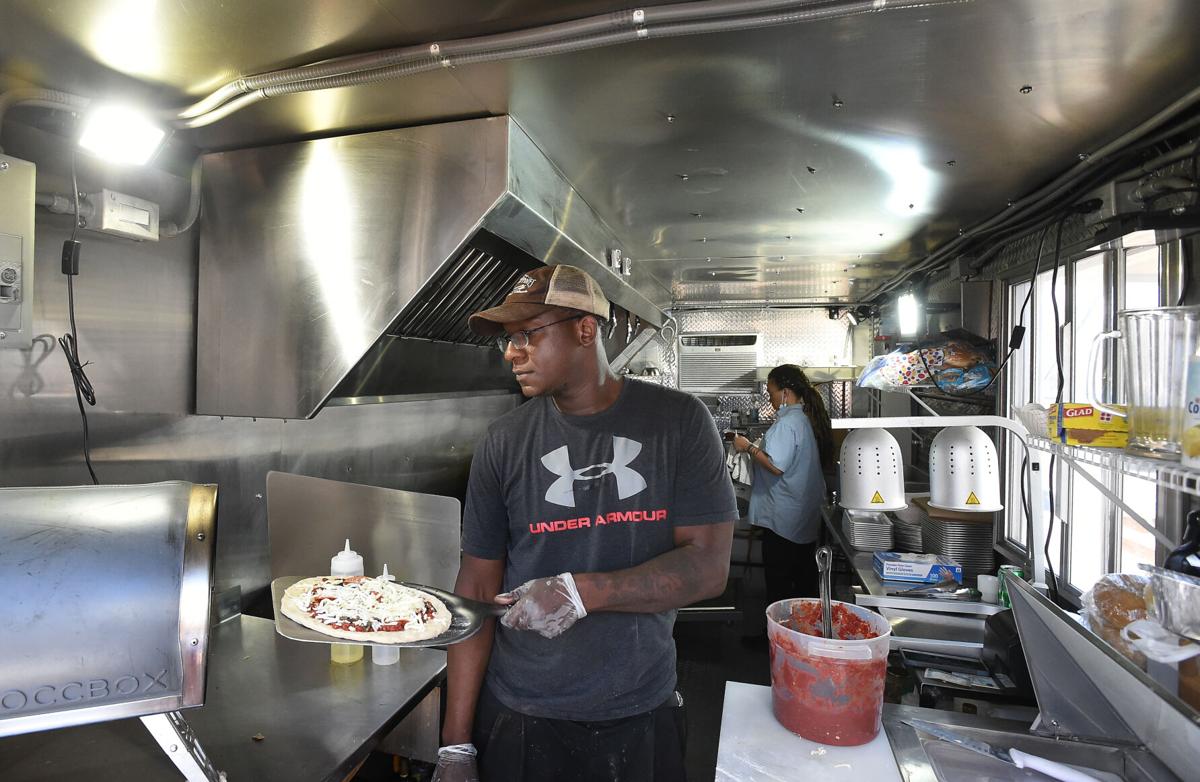 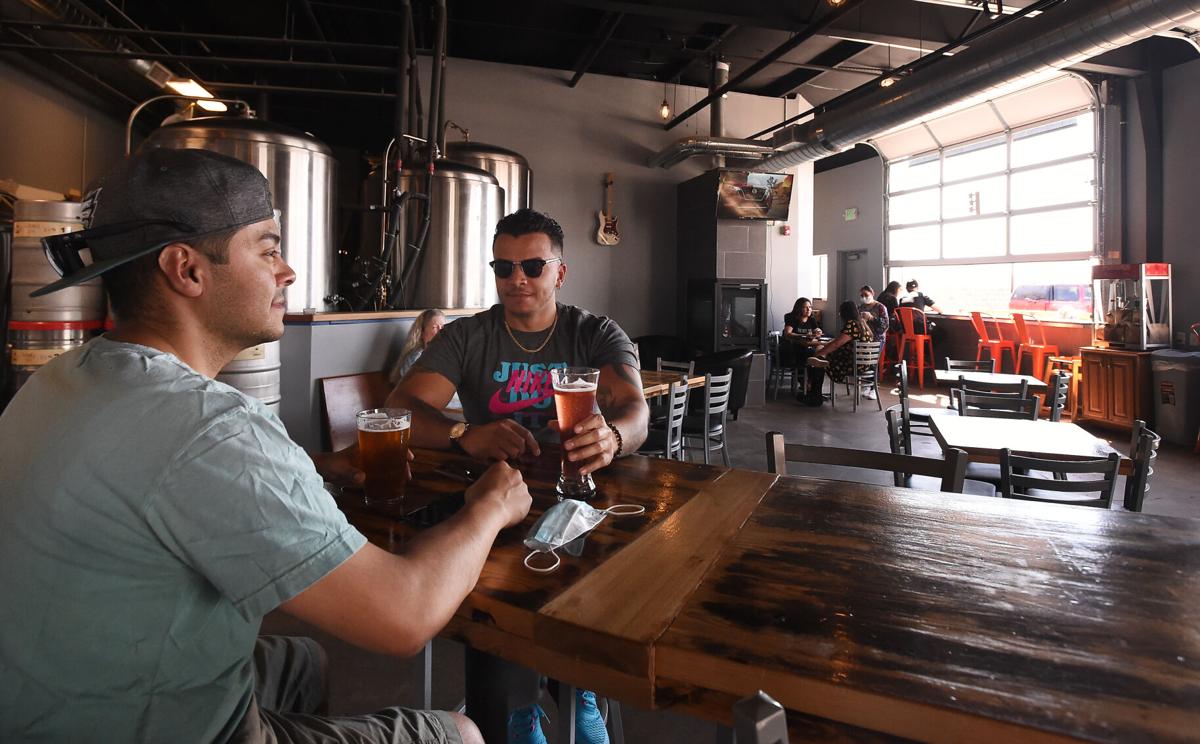 Customers enjoy a sunny afternoon at the Peaks N Pines Brewing Co. In the background is the food truck that is owned by the brewery.

As Prince crooned in “Under the Cherry Moon,” in the most depressing breakup song ever: “Sometimes it snows in April.”

Such a phenomenon might be unusual enough to carry poetic punch elsewhere. I guess Prince never visited Colorado in the spring (or lyrically factored in climate change).

Weather here likes to make a point, and that point is often “Psych!” Snow when we’ve pulled out the shorts. Sun when we’ve just unpacked the parka.

When weather (or a blown tire, or jackknife on the highway) throws a wrench in the best laid plans — and it’s a pandemic and you’re a taproom or brewery that must, legally, have food to be open — it’s good to have a Plan B.

“Legally we couldn’t be open if we didn’t have food to offer our patrons during the pandemic. They don’t have to eat it, but we have to have it,” said Teresa Vieira of Peaks N Pines Brewing Co. “If the truck broke down, or the weather was really bad and they couldn’t make it ... we had to figure out another plan or otherwise we’d have to close for the day.”

For a year or more at Peaks N Pines, that fallback plan was hot dogs.

“We have had to adapt with some types of different food that we can provide, free, to our customers, so that we can stay open,” Vieira said. “Every brewery has something. We gave away free hot dogs.”

The symbiotic relationship between breweries and food trucks is mutually beneficial, but legally nonbinding. Breweries will schedule trucks as they are available to come serve food, and trucks (or food trailers, as the case may be) set their schedules a few days ahead of time, so brewery and taproom patrons can have a heads up.

“Usually, if people are eating they’ll stay a bit longer, maybe have another beer, spend a little more money in the brewery,” Vieira said. “It’s been a great relationship, but it really puts us in a bind if there’s an emergency and the truck can’t make it. Sometimes, people will drive by and if a food truck isn’t there, they’ll keep on going.”

Peaks N Pines is among a slowly growing number of breweries and taprooms that are tired of dating and have decided to settle down.

“We had to laugh ... because the biggest reason we’ve done this is because of weather cancellations,” Vieira said in mid-April, after back-to-back(to-back) snowstorms brought life to a crawl. “With all the snow, then more snow, we thought thank God we have a permanent truck, because we certainly would have had cancellations.”

Brewside Eatery, a separate entity under the Peaks N Pines brand, will aim to continue the tradition, and wide variety, that customers had come to expect from a rotating food truck schedule.

“It’s fully equipped, and we’re prepared to make just about anything, brats to pizzas to you name it,” Vieira said. “Seriously, just ask.”

Vieira said the “separation” from the world of rotating food trucks has been bittersweet, but it was time. The investment, even in tough times, is one she hopes, and believes, is a smart one. Income from food sales stays within the company.

Bad weather and breakdown scenarios no longer keep her up at night.

“It was a great relationship we could foster with the food trucks. We provided them an avenue to help get their food out there, and they provided us the food we needed to stay open and to keep our customers happy,” Vieira said. “But it was time to move on.”

Brewside Eatery is at Peaks N Pines Brewing Co., 212 W. Illinois Ave. in Fountain. For more information, visit the brewery on Facebook, or go to peaksnpinesbrewery.com

Pink Boots on the ground, for good beer and a good cause | Pikes Pub

As they do each year, members of the Pink Boots Society gathered in late winter 2020 to brew their annual collaborative fundraising beer. Asid…